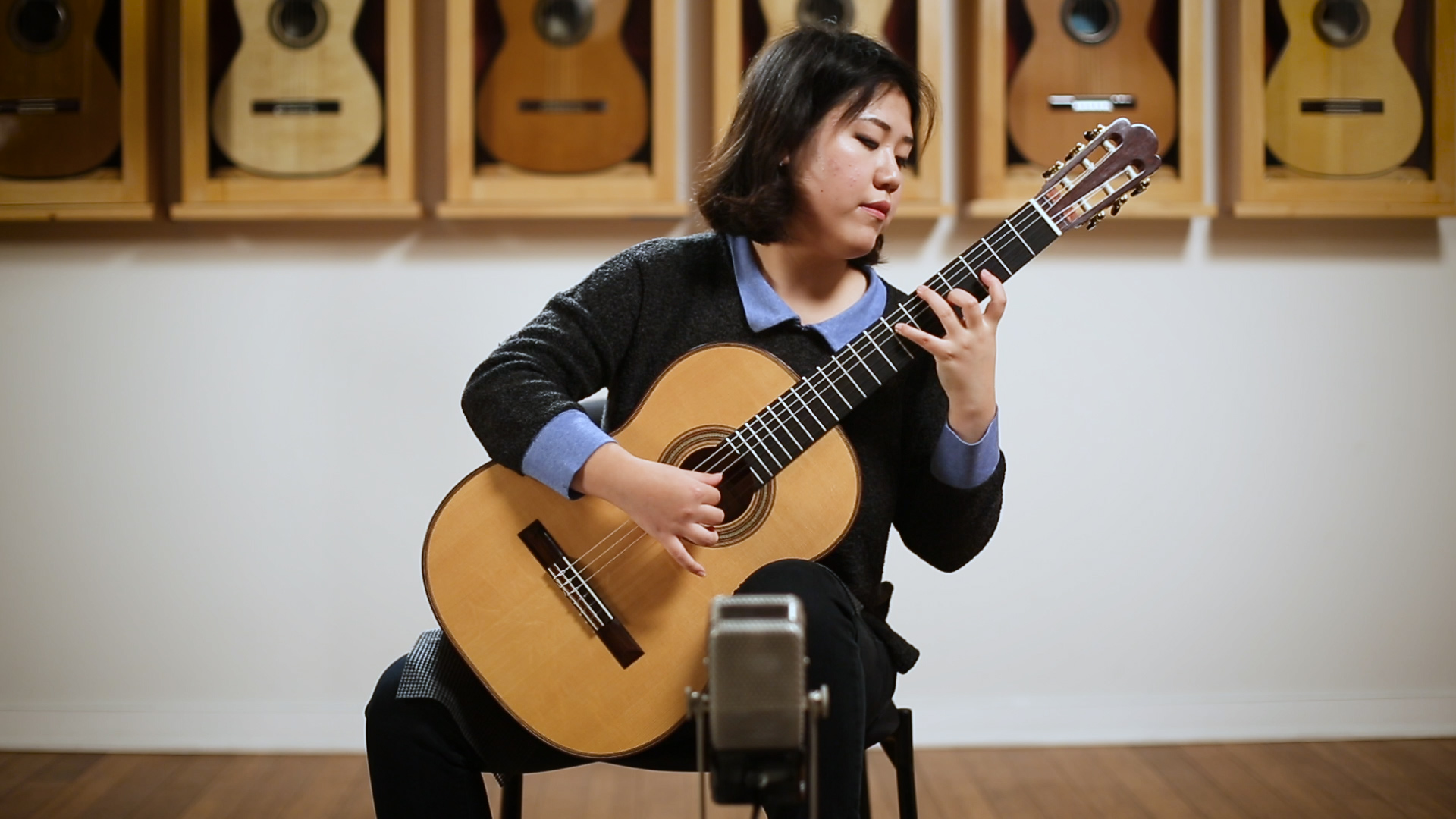 Bokyung Byun, a rising star in the classical guitar world and current student of Scott Tennant at USC, stopped by the showroom recently to record some videos with us. Bokyung is fresh off a very successful year of competitions, taking second prize at the Guitar Foundation of America Competition and becoming the first female winner of the prestigious JoAnn Falletta Concerto Competition. Needless to say, we were thrilled she made the time to stop in and play for us!

In these first two videos, Bokyung performs two Spanish dances from Mario Castelnuovo-Tedesco’s suite titled Escarraman. She plays the first dance “El Rey Don Alonso El Bueno” on a beautiful 2017 Jochen Rothel with a Spruce top and African Rosewood back and sides. For the second piece titled “Gallarde,” Bokyung plays a 2004 Fritz Ober with a Spruce top and Maple back and sides. Enjoy Bokyung’s interpretation of both these marvelous Tedesco dances!

Very clear and well controlled phrasing. Just lovely seemingly effortless though we all know not easy.

Beautiful integration of tone color and musical intention. Luxurious for the listener

can I know which mic was used to record Bokyung Byun ?

Wonderful guitar and played. I would like the to have info about the recording. Especially the mic

I’ve played the Op. 99 …… but more interesting is presenting some of MCT’s vocal music. The editing and the solutions are always challenging to make them “playable”.
These pieces have been passed over for years do to the complexity and project-ability of their voicing-es…………. That being said, “Wow Bokyung”…………

I am curious as to whether the tensions in her right hand….and the subsequent and incredible “expressive operabilty” of her left hand technique, played some part in taking on these works? (Scott Tennant)………..none the less……remarkable playing young lady. Your emotional future and happiness (first places) in most repertoire, is likely going to depend on examining your pinky and its “conduct”…….

Loved the song. I like the guitar tones displayed in the video.