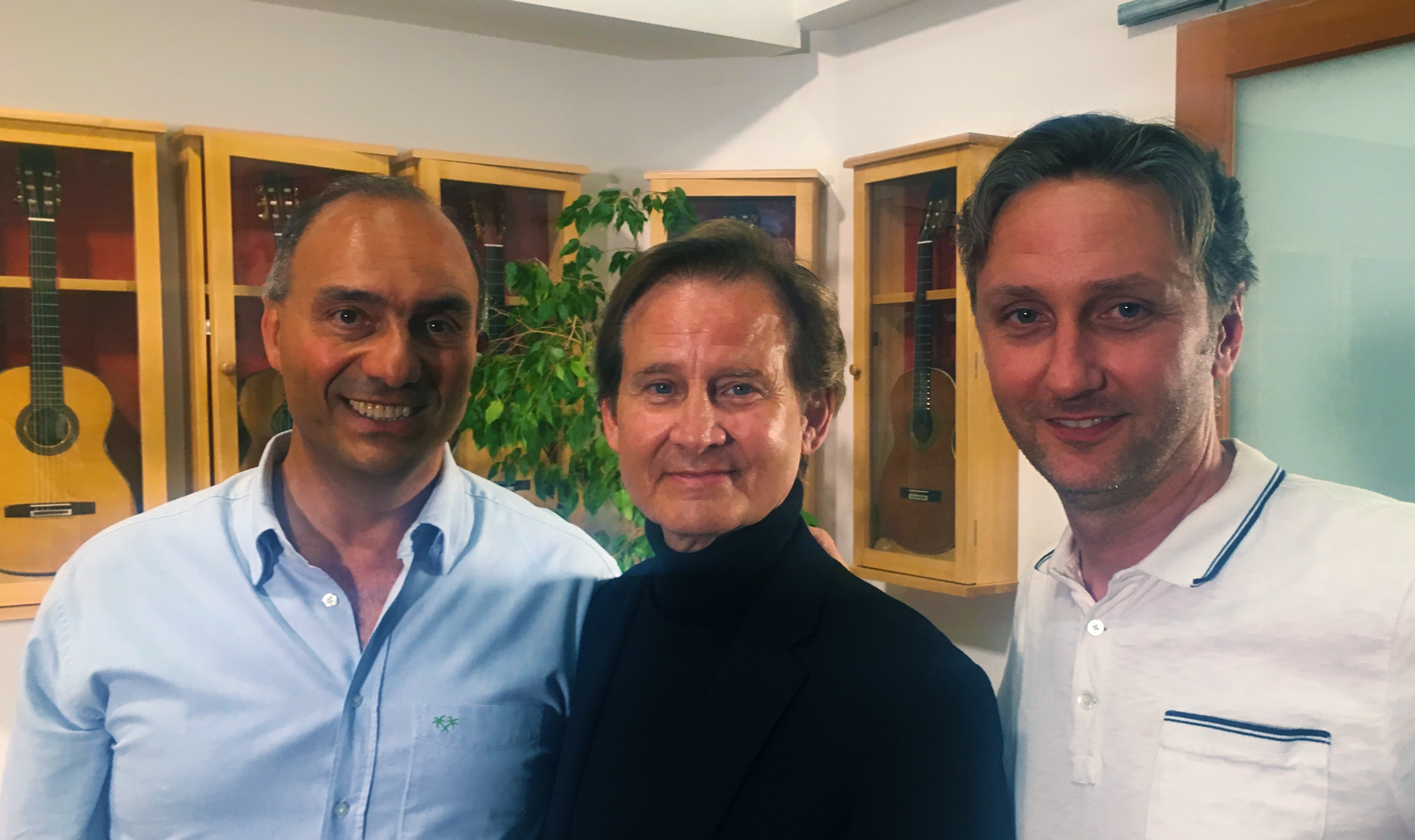 Last year, we were thrilled to play a role hosting Guitar CoOp’s interview with Christopher Parkening here in the GSI showroom. This past month, all four parts of the series were released and the entire interview is now available!

Throughout the interview, Parkening touches on many fascinating subjects including his early life with the guitar, studies with Andres Segovia, recording CD’s with Columbia Records, and his experience working with legendary composers including Elmer Bernstein, John Williams, Joaquin Rodrigo, and more.

One of the moments we found particularly interesting was in Part 2 when Parkening takes a moment to discuss his sound. He begins by quoting Segovia, “Without a beautiful sound, the charm of the guitar disappears” and describes how the guitar’s popularity came about not only because of the beautiful sound but also the spectrum of colors it offers. He goes on to describe how many modern guitarists tend to play in a singular position which makes their sound generally the same, whereas one can always tell the difference between Segovia and Bream’s playing, for instance. This is a topic addressed in Kayath’s essay, “The Guitar: A Small Orchestra or Grand Piano,” which although controversial is definitely worth discussing. Hearing Parkening’s take on the matter just makes it all the more engaging!

Overall, this is an incredibly insightful interview and one we recommend taking the time to watch all the way through!

Very good insights into the guitar and life. Enjoyed it very much especially the comments about Segovia’s less than perfect concert where he redeemed himself being a performing guitarist myself I’m sure I can speak to performers everywhere who has experienced such a performance as I did myself recently and so kept telling myself”you have to move on from this I’m sure even the best receive a bad review at some point in their careers” Thanks for this inciteful interview much appreciated!

Thank you for such an inspiring story of yourself and of Segovia.

Great interview. Chris is my inspiration. I took up the classical guitar after hearing Parkening Plays Bach. After all these years he still inspires me. All the best to you Mr. Parkening. Bravo to you!

I went to hear Mr. Parkening perform in the 70’s in Kansas City and after his incredible performance, I asked him for his autograph. I now regret asking him because excellence is more important than success and that principle is what inspires me to play each and every day. Thank you Mr. Parkening.
May God Bless!

Very inspiring interview. I have been following Christopher’s work for quite a few years now. I saw him play a few times when he was in my town.

Its always an honor to hear your testimony. My wife and I saw some years ago and your were as expected fantastic. My wife’s Dad saw you about 30 years before that and she has the album that you signed for him.
You also have done much for the guitar.

Its always an honor to hear your testimony. My wife and I saw you some years ago and you were as expected fantastic. My wife’s Dad saw you about 30 years before that and she has the album that you signed for him.
You also have done much for the guitar.