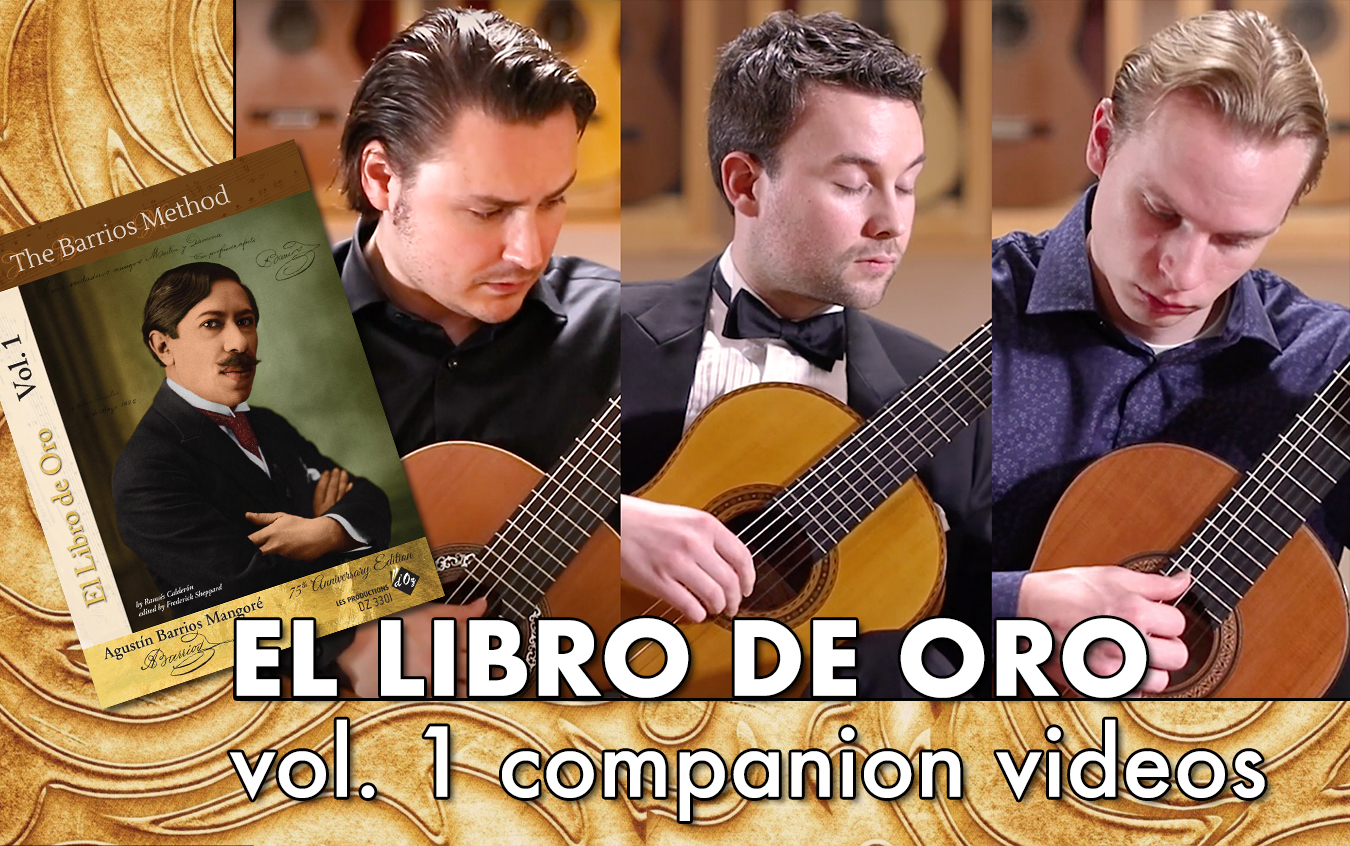 Barrios expert & luthier Federico Sheppard, editor and visionary behind “El Libro de Oro”, the new 6-volume edition of the works of Agustín Barrios Mangoré, asked if GSI would be willing to provide the video companion to the first 2 volumes, and of course we said “yes”! Although Barrios is a household name in the classical guitar world, he is largely known for his phenomenal compositions, which have become permanent staples of the classical guitar repertoire. Very little has been known of his teaching materials and method until now. The series of videos below are all taken from the studies found in Volume 1: “The Barrios Method”.