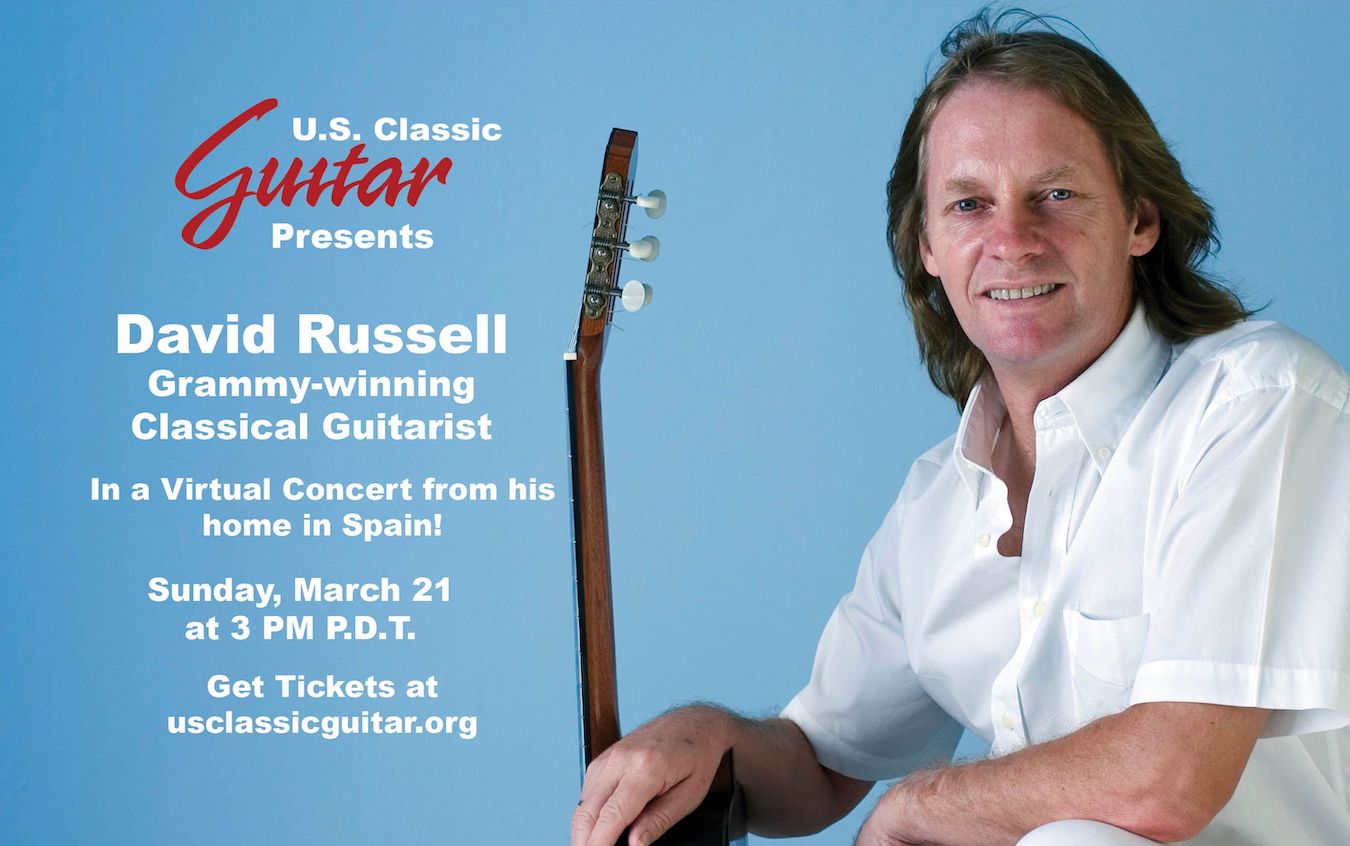 U.S. Classic Guitar President, William Jenks, is thrilled to announce the third presentation of the U.S. International Guitar Series Season 2021 featuring the legendary guitarist David Russell. He will perform a solo concert on Sunday, March 21, 2021, at 3 PM P.D.T. from his home in Spain. In this special performance, David Russell will be playing an exclusive program for those who have purchased their tickets at usclassicguitar.org. All ticket holders will also be invited to the Zoom reception with Maestro Russell directly following the performance. The majority of the ticket sales go directly to the artist, so you support their work with your participation. 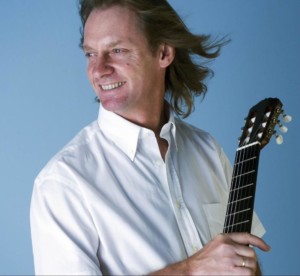 David Russell will also be performing recitals and masterclasses in March of 2022 in the next U.S. International Guitar Series Season in Portland, Los Angeles, and Hawaii when we return to live events again next season. However, this will be a different program so we highly recommend that fans attend both of these concerts. If you purchased tickets for his concerts in March of 2020 that were postponed due to the pandemic, those tickets will be valid for his rescheduled dates in March of 2022 (see usclassicguitar.org for a full schedule). You may also request a voucher for the value of your tickets which you may use for his March 2021 virtual concert and other remaining virtual concerts of the U.S. International Guitar Series 2021.

David Russell will also be teaching a masterclass prior to his concert on Saturday, March 20 at 11 AM P.D.T. All guitar students and instructors are welcome to attend this class as auditors for a $25 auditor fee. Guitar students and instructors of a guitar program at a university or conservatory will be comped by U.S. Classic Guitar both for auditing and performing in the class. Four performing students will be accepted in the class and audition videos need to be submitted by a YouTube link no later than March 15. The fee to perform in the class is $75 and $50 for season ticket holders. Please send a link to the YouTube audition video directly to [email protected] and state in the email your full name, your age, your school, or instructor, and tell us a little about the history of your playing. Please make sure that the video has the best sound quality possible and that both hands and the face of the performer are visible in the video. 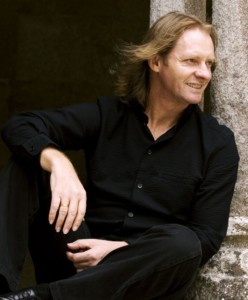 Classical guitarist David Russell is world-renowned for his superb musicianship and inspired artistry, having earned the highest praise from audiences and critics alike. He was inducted into the Hall of Fame of the Guitar Foundation of America in 2018. David Russell received an Honorary Doctorate in Music from the University of Arizona in Tucson in 2014, and in 2009 he was named an honorary member of “Amigos de la Guitarra”, the oldest guitar society in Spain. In May of 2005, he received a homage from the music conservatory of Vigo, culminating with the opening of the new Auditorium, to which they gave the name “Auditorio David Russell”. In 2004, he received a Grammy-award for his CD Aire Latino in the category of best instrumental soloist in classical music. In May of 2003, he was bestowed the great honor of being made “adopted son” of Es Migjorn, the town in Minorca where he grew up. Later the town named a street after him, “Avinguda David Russell.” Also in 2003, he was given the Medal of Honor of the Conservatory of the Balearics. Finally, with the recognition of his great talent and his international career, he was named a Fellow of The Royal Academy of Music in London in 1997.

David Russell spends his time touring the world, appearing regularly at prestigious halls in main cities, such as New York, London, Tokyo, Los Angeles, Madrid, Toronto, or Rome. Concert-goers everywhere are in awe of his musical genius and inspired by his captivating stage presence. His love of his craft resonates through his flawless and seemingly effortless performances. The attention to detail and provocative lyrical phrasing suggest an innate understanding of what each individual composer was working to achieve, bringing to each piece a sense of adventure. David Russell is also a prolific recording artist and his collection includes seventeen CDs with Telarc International.

The New York Times wrote about his performance: “… Mr. Russell made his mastery evident without ever deviating from an approach that places musical values above mere display. It was apparent to the audience throughout the recital that Mr. Russell possesses a talent of extraordinary dimension”. Upon hearing his playing in London, Andrés Segovia wrote: “My congratulations on your musicality and guitaristic technique”.

All ticket holders will have 72 hours to view each event after it airs live.