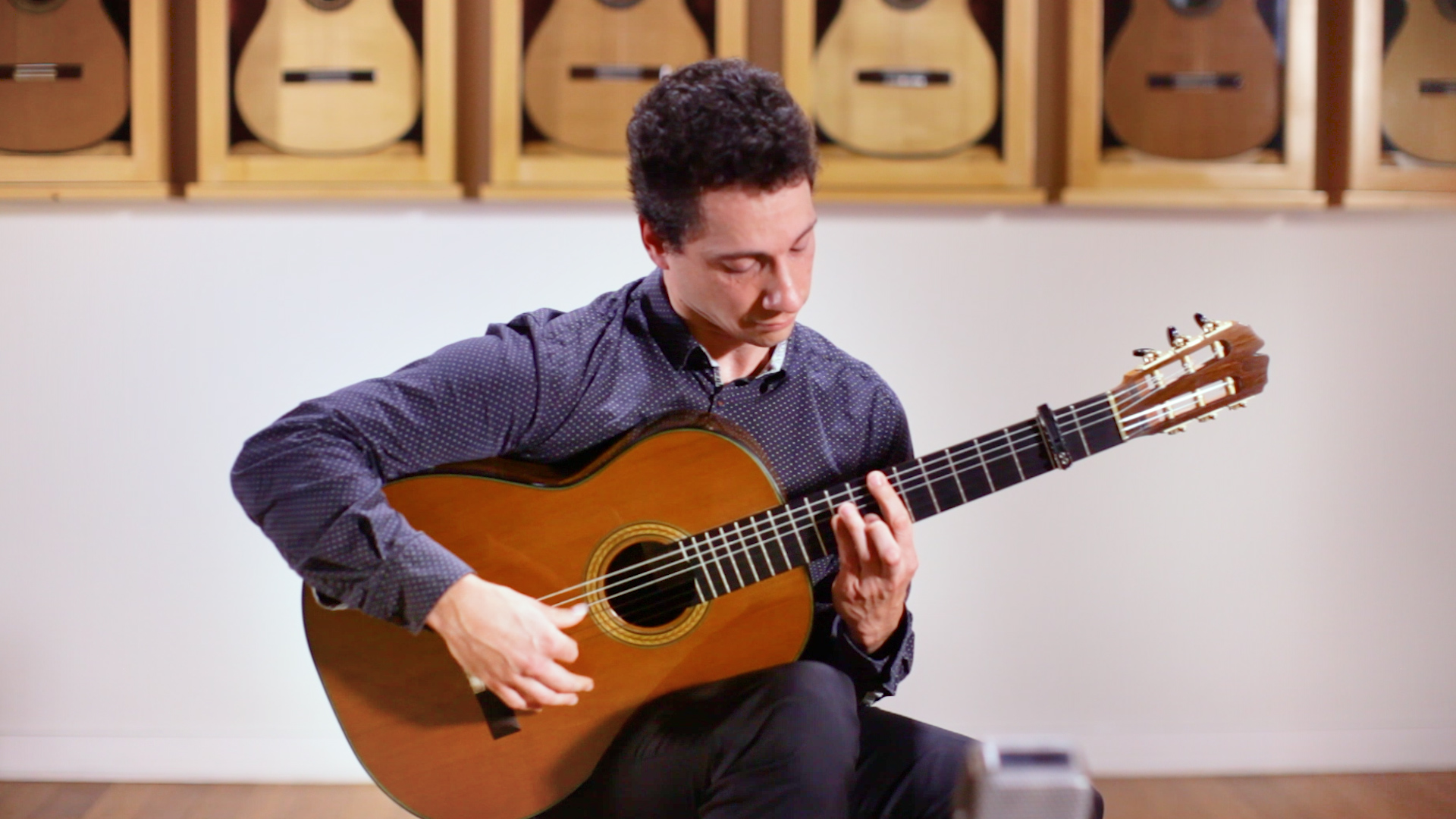 We hope you aren’t getting tired of Grisha‘s videos because we sure aren’t! Here’s another stunning guitar demonstration with the flamenco maestro on a 2010 Pepe Romero ‘Blanca.’ In this performance, Grisha plays Sabicas’s ‘Zapateado en Re,’ an exciting piece that’s almost operatic in style as well as its level of drama!

The instrument and repertoire pairing couldn’t have been chosen better as the punchy-ness of the blanca is also accompanied by the characteristic warmth found in Pepe Jr.‘s classical guitars. This is especially apparent in the melodic middle section of Grisha’s performance – check it out below!

The kid is getting good. Nothing wrong with this. I notice that the bass strings are a little mushy but that can change with a higher tension. Also, I would like to see a little more penetrating treble end but this is personal.

I would enjoy listening to Grisha all day. His technique is amazing!

I also question string tension, but more than that, I fine the guitar to be too ‘thin” for that piece. I feel as though the guitar limits Grisha’s expressive range.

Man, this cat can play!

It’s hard for my ear to find any fault with either the guitar or the player. Great happy sound…beautiful music!

Grisha does complete justice to El Grande Sabicas in this interpretation. One can see/hear/feel the taconeo, pitas, palmas, castañuelos, the entire company, all from the guitar in his playing. As a child, I heard & met Sabicas, Carlos Montoya & others, hearing them play in concerts & supper clubs in Manhattan (& also, by memory, Sevilla & Madrid). As to tonality, tension, etc., Sabicas would sound a bit different in, say, El Morocco than a in different venue, or on 33 LP disk. Montoya, of course, solved any issues of “penetration” not only by his in-your-face bravura, but simply w/ a capo at F.