Pepe Romero Captures the Legacy of Francisco Tarrega in His Recordings of Tarrega’s Music on Tarrega’s Torres Guitars. 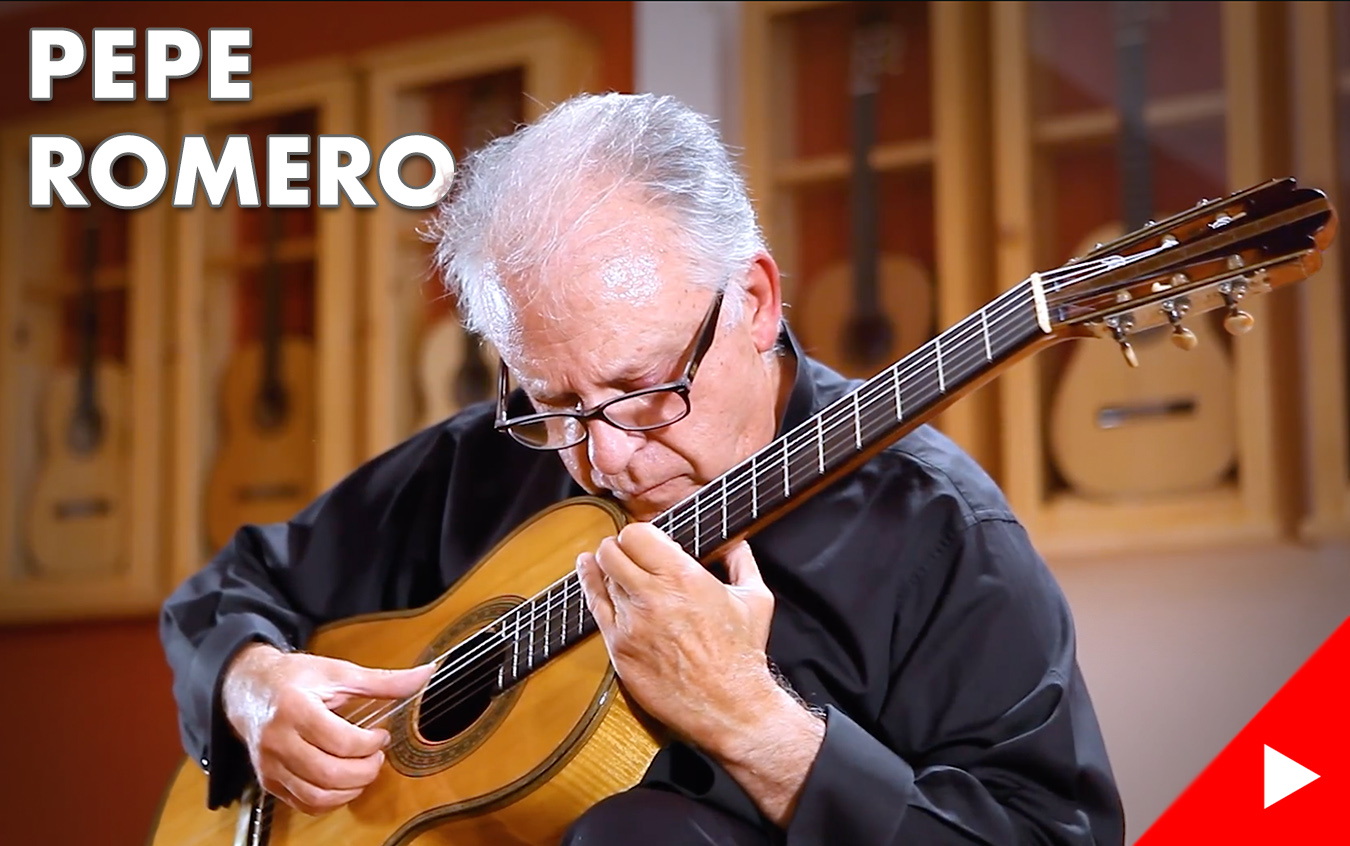 When we realized that all three of Francisco Tarrega’s Antonio de Torres guitars are going to be in our showroom, we decided to do our best to document these historical guitars. We photographed these guitars and invited the world’s top artists to record on them – Pepe Romero, the Los Angeles Guitar Quartet, and Andrew York.

Pepe Romero’s videos immediately became incredibly popular, especially on our social media platforms where they became some of our top-viewed videos of all time. Maestro Romero told us that he wanted to perform Tarrega’s music on Tarrega’s guitars in the style that Tarrega himself would like if he could hear it. He still remembers this style of playing which he witnessed as a child growing up around several of Tarrega’s pupils – Daniel Fortea, Josefina Robledo, and more!

What should be known about this collaboration is that Pepe’s own history ties in with that of Tarrega’s. Born to a famous family of Spanish guitar-players, Pepe Romero perpetuates the Spanish classical guitar playing tradition, and he truly does justice to Tarrega’s works. His playing is colorful and expressive, and his style in this regard differs from the approach where the tempo often overshadows the variety of colors that a guitar can produce. We’re very happy to have Pepe recording in our showroom. During the session he recorded five of Tarrega’s pieces: “Mazurka: Marieta” and “Tango Maria” on a 1864 Antonio de Torres FE 17; “Maria (Gavota)” on a 1883 Antonio de Torres SE 49; “Lágrima” and “Capricho Árabe” on a 1888 Antonio de Torres SE 114. Check out the videos below!