The Romero Quartet Will Perform the Grand Finale Concert of the 2021 U.S. International Guitar Series! 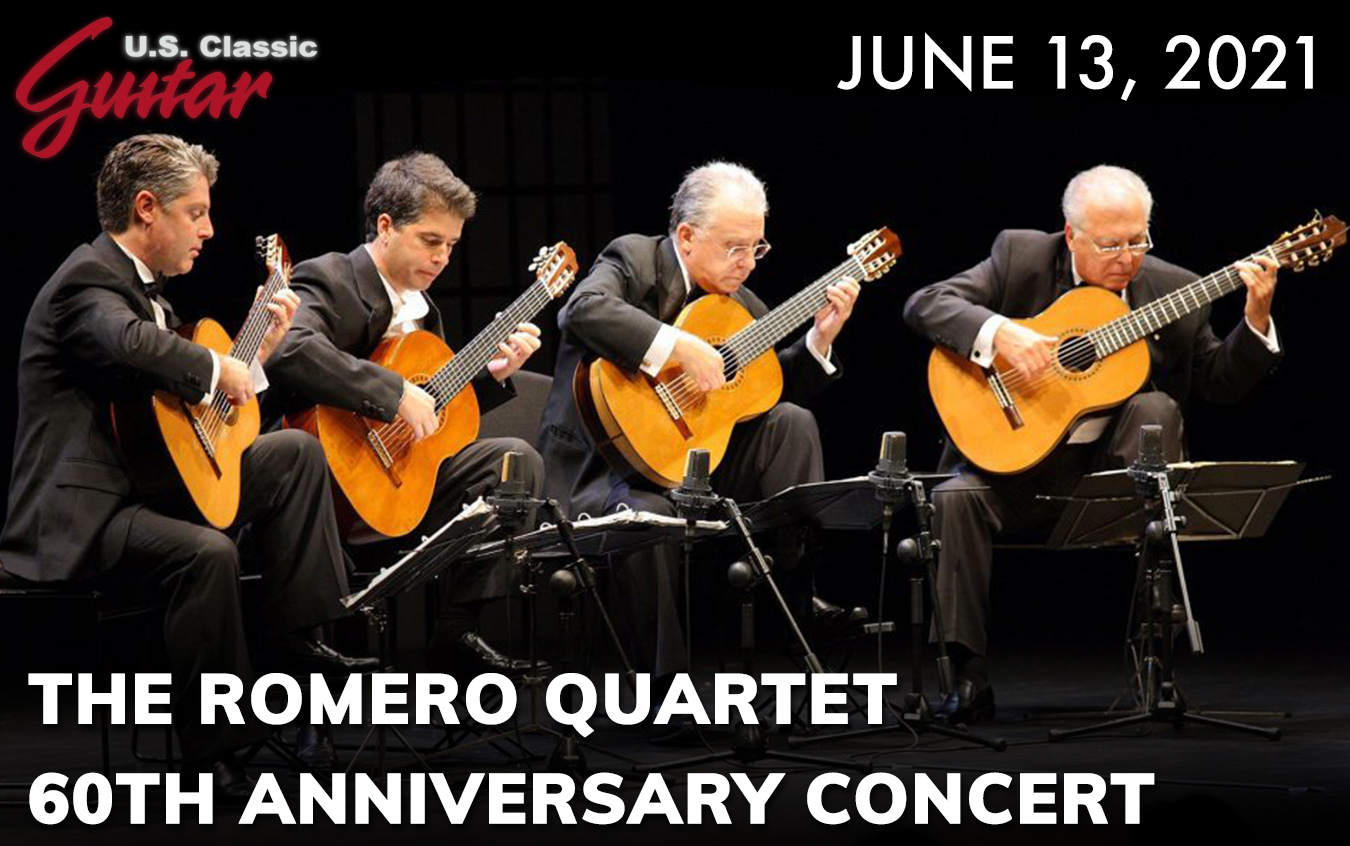 U.S. Classic Guitar President William Jenks is thrilled to announce that the legendary Romero Quartet will be performing the grand finale concert of the U.S. International Guitar Series Season 2021 on June 13 in an exclusive concert for U.S. Classic Guitar! The concerts of the series have been receiving rave reviews for the very high level of artistry, repertoire selection, sound, video, and overall quality of entertainment setting the bar very high for online virtual concerts. 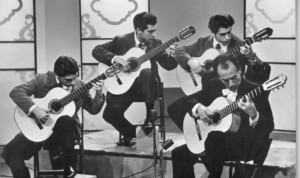 Embarking on their 60th Anniversary Tour, the Romero Quartet featuring Celin, Pepe, Celino, and Lito Romero will perform from their home city of San Diego. Over half a century after walking onto the world stage as the first classical guitar quartet, The Romeros continue to be a veritable institution in the world of classical music, dazzling countless audiences and winning the raves of reviewers worldwide.
Known to millions as “The Royal Family of the Guitar,” the Romeros were founded by the legendary Celedonio Romero with his sons Celin, Pepe, and Angel in 1958. The Quartet went through natural transformations, and today consists of the second (Celin & Pepe) and third generations (Lito & Celino). To have so many virtuosi of the same instrument in one family is unique in the world of musical performance, and in the realm of the classical guitar, it is absolutely without precedent. The New York Times has said: “Collectively, they are the only classical guitar quartet of real stature in the world today; in fact, they virtually invented the format.”
In the 2012-2013 season, the Romeros celebrated their fifty-fifth anniversary with tours in Asia, Europe, South America, and the United States. The Romeros also presented special concerts and festivals in memory of the 100th anniversary of patriarch Celedonio Romero. As the family says, “the spirit of the quartet is him; all our concerts now pay homage to him.”

In 1957, the family left Spain and immigrated to the United States, where three years later, “The Romeros” became the first guitar quartet while the boys were still in their teens. The Romero tradition of family and love for the guitar provided the fertile ground for the next generation of guitar virtuosos as Celino and Lito joined the quartet. 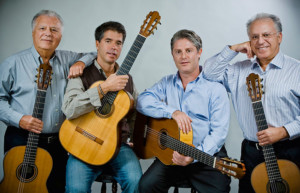 If you’re curious about the video quality of the U.S. International Guitar Series, check out the video below from the previous event featuring Tatyana Ryzhkova.