The Son of a Legendary Almeria Luthier, Gerundino Fernandez Hijo, Builds a New Guitar for GSI. 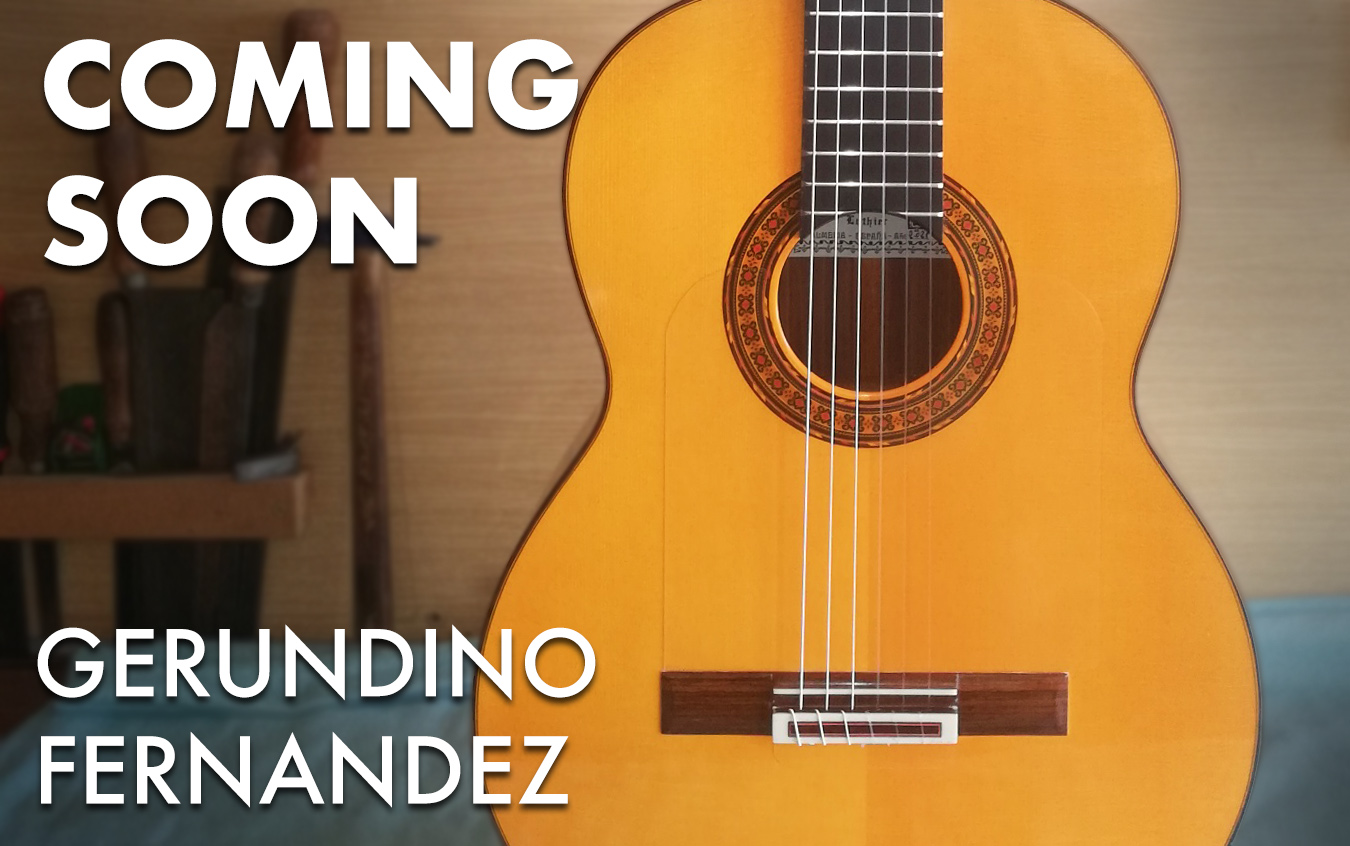 Luthier Gerundino Fernandez Hijo, son of the legendary Almeria builder of the same name is currently building a new guitar for GSI. When we met him for the first time, we were immediately convinced that he possessed the same subtle touch to guitar making as his father. He learned a lot from him while assisting over many years in the workshop. While helping his father, he did tasks such as sanding wood, inlaying kerfings, gluing backs and tops, etc. Back then, he also assisted his uncle Eladio in locating, cutting, and selecting the best woods that would eventually become his father’s guitars.

Nowadays, Gerundino continues to work independently in his family workshop. We are very pleased to be representing him exclusively in the USA. He has sent us some photos and a video of a performance on his new GSI guitar. As you can see, Gerundino used German spruce for the soundboard and Pau Ferro for the back and sides. See the photos and a video below! 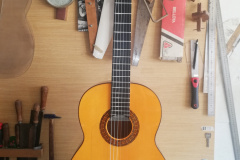 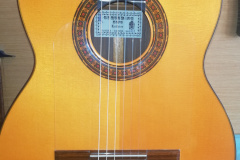 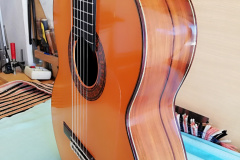 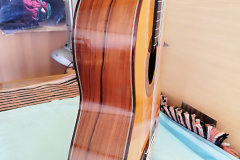 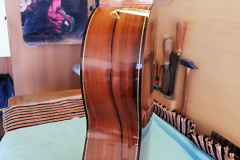 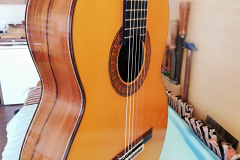 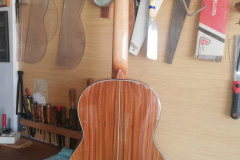 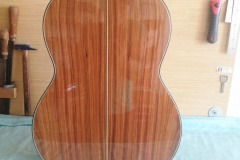 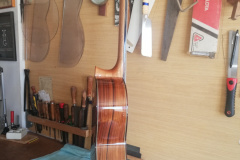 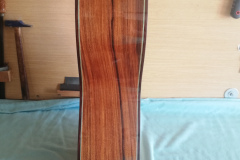 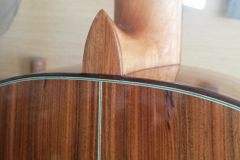 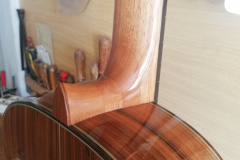 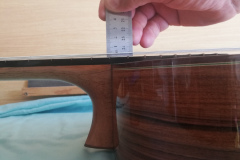 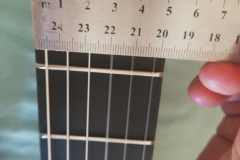 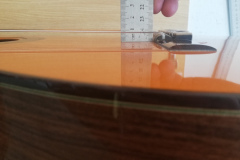 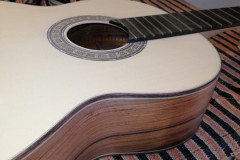 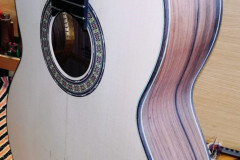 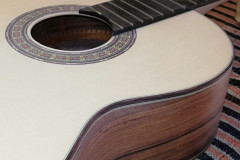 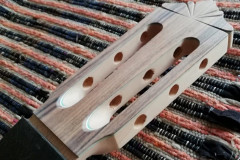 The “father to son” tradition in guitarbuilding is a real treasure for the world of Spanish instrumentmaking. I feel very happy to know that with the new Gerundino guitars another great example of this tradition is very much alive. Many years ago I had a wonderul Flamenco Negra guitar by Gerundino Fernandez. As a classical guitarist I was very happy with the mysterious voice this guitar had and the natural ability of it to sound outside – En los trigales – with the same carrying voice, reflected by the trees around, as it did in more concert-like places. I hope the young Gerundino will also continue the Flamenco Negra model as a fantastic “alternative” voice for classical guitar. Not so long ago I re-discovered a few old recordings of easy student pieces that I made on this Gerundino Fernandez Flamenco Negra guitar (1974). Although audiotechnically far from perfect the recording reminding me immediately of the special sound of a very dear instrument build by indeed one of the greates guitar builders in Spain. Sadly enough this guitar was total lossed in an accident, so the images with the sound recording show my actual Ramírez, but the sound is definitely great Gerundino! For anyone interested: https://www.youtube.com/watch?v=7qMgliB6sj0