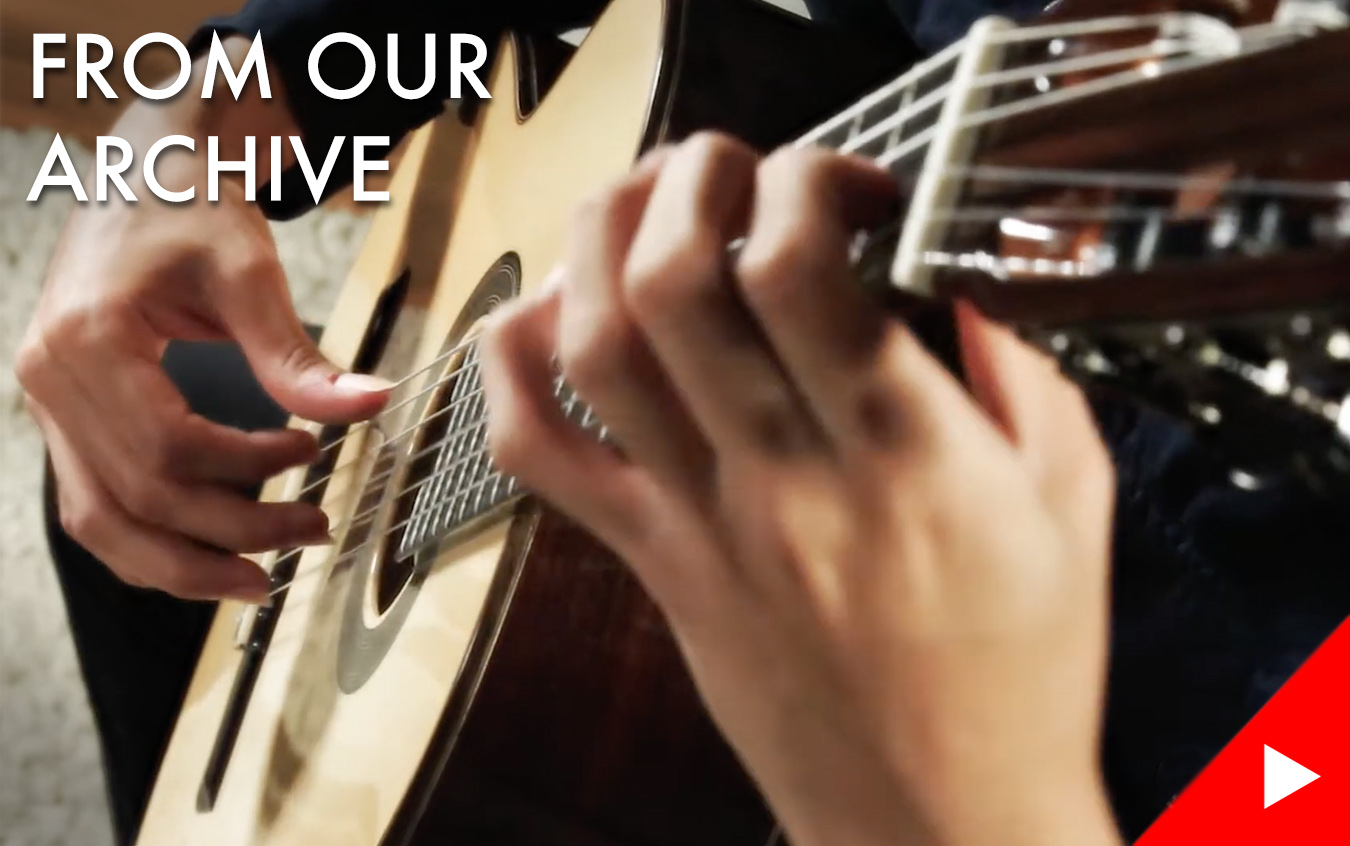 Recently, we’ve re-edited and uploaded five videos from our GSI-U archive to our GSI YouTube Channel. As you can see, rather than being recorded in our showroom, these videos were instead captured in a smaller room at GSI. This second room is sometimes used by customers who prefer testing guitars in smaller rooms that may more accurately reflect the acoustics they might experience in their own home or practice rooms.

Our most recent video features Hope Mueller playing Mario Castelnuovo Tedesco’s “Melancolia” on a 1972 Jose Ramirez “1a” made with cedar top and CSA rosewood back and sides.