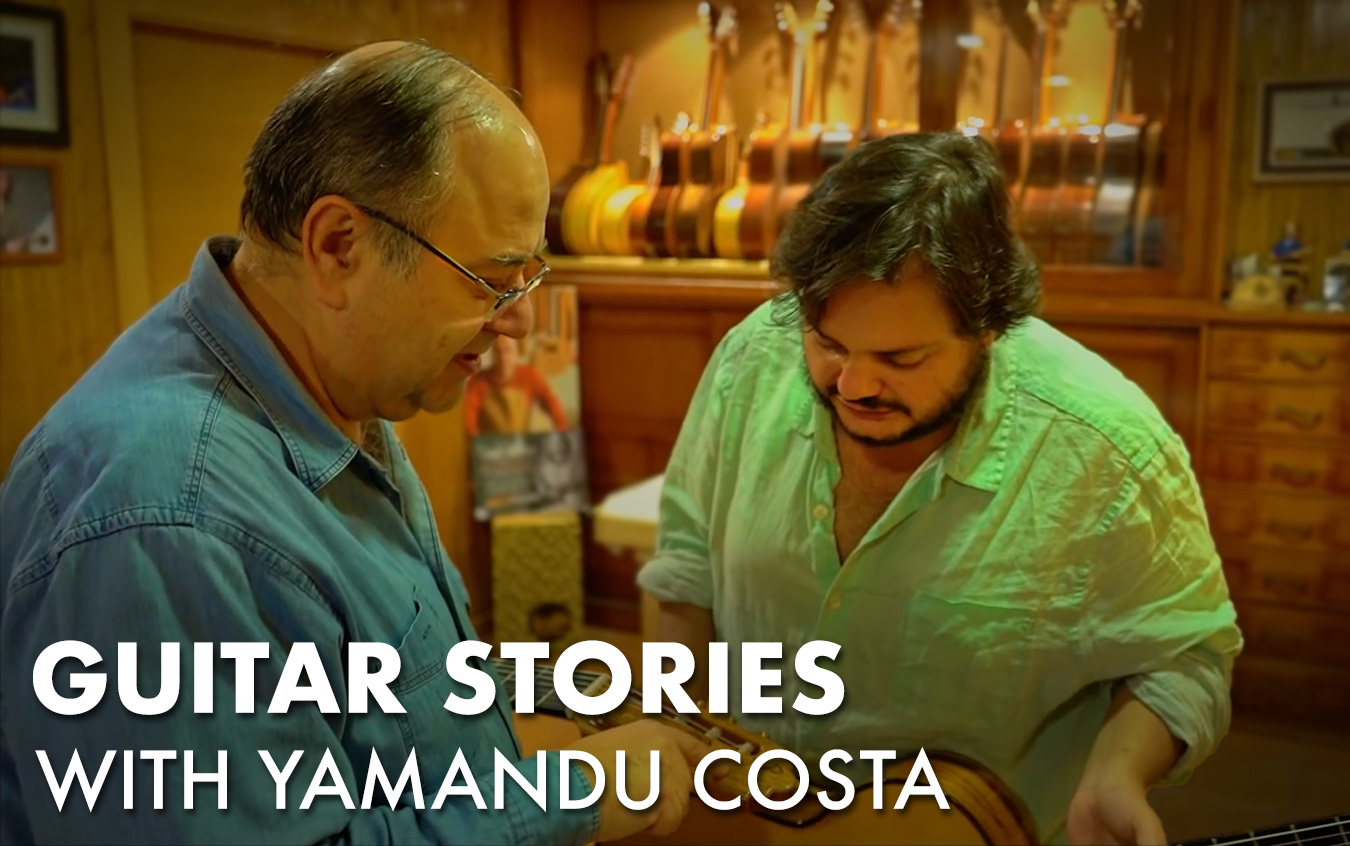 One of the greatest Brazilian guitarists of the younger generation, Yamandu Costa, has dedicated two episodes of his YouTube series titled “Guitar Stories” to guitar in Spain. The main guest featured in episodes 9 and 10 is Vicente Carrillo, a master guitar maker from Spain who is also one of the luthiers represented by GSI. Vicente has built two 7-string guitars for Yamandu on which he’s going to perform his concerts from now on.

Luthier Vicente Carrillo has been running his family’s shop in Casasimarro, Spain since 1980. Originally, the shop dates back to the 18th century and was run by Vicente’s ancestor, Alfonso Anselmo Alarcon. Over the years the family business has been handed down from generation to generation. Currently, Vicente maintains the family tradition in its 5th generation. The shop became so popular that it has earned the town of Casasimarro the lovely name, “El Pueblo de las Guitarras” (The Town of the Guitars).

Over the years, Vicente has been constantly improving his guitar-making skills. The distinctive elements of his style have been influenced primarily by Madrid luthiers, Angel Benito Aguado, and Jose Romero (of the Jose Ramirez workshop). Therefore, his guitars have a big, deep, and powerful quality much like the best guitars from the top Madrid shops, yet they still retain a lyrical charm found in southern Spanish instruments.