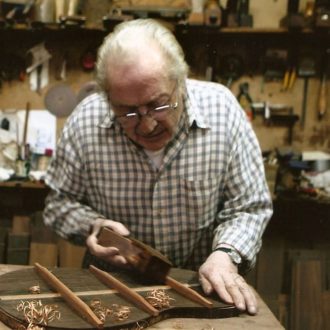 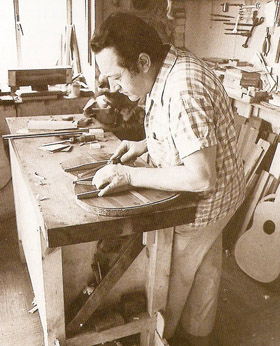 Antonio Marín Montero was born in Granada in 1933. He was the first person in the family to work in the guitar world. At first he had to overcome many problems when he worked for many different marquetry workshops. When he was only a few years old, he worked in Francisco’s Moya’s workshop and then thanks to his superior skills, Marín was hired by Recaredo Veredas. In 1957, Antonio Marín Montero joined master Pérez’s workshop and two years later, in 1959, his father advised him to visit Eduardo Ferrer on number 26 of Cuesta de Gomérez street, next to the Alhambra.

Antonio Marín keeps in mind a sentence that Domigo Prat, a student of the legendary guitarist Miguel Llobet, said: “The guitar is one of the best and most beautiful instruments of the world, with different nuances and sonorities that grant independence to the guitar.” Marin’s concert guitars combine the best characteristics of Northern European and Spanish lutherie traditions. 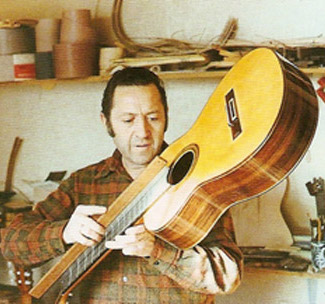 Antonio Marín uses the techniques and templates that he learned from Robert Bouchet. When he visited the Parisian master in 1977, they became close friends. Marín’s love of perfection inspired many young, aspiring guitar makers to visit his workshop and to learn the magic which Antonio Marín instills into his ancient art. Among his many disciples are his nephew, José Marín Plazuelo, and José González López, both of whom work beside him in his workshop.

Nowadays, Antonio Marín is worldwide famous, specially Europe, EE. UU. and Japan. The most prestigious performers and teachers from classic and flamenco worlds perform on Antonio Marín’s guitars. The demand for his instrument is incredibly high, many customers must wait in a long line to receive one of his beautiful guitars.