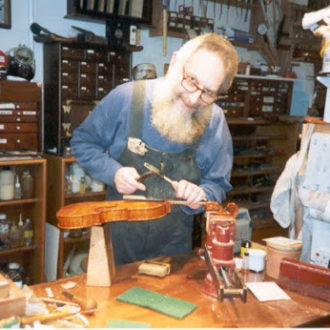 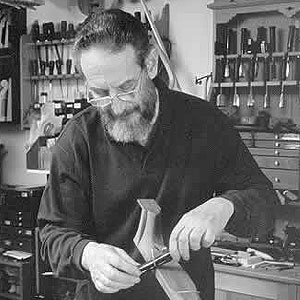 David Rubio died on Saturday 21 October, 2000 at the age of 65. Since the mid-1960s the name of David Rubio has been famous in the musical world as a maker of stringed instruments: guitars, lutes, harpsichords, violins, violas and cellos. Two string quartets play his instruments exclusively, and one is named the Rubio Quartet in his honour.

Most instrument makers enter the profession via formal training courses or apprenticeships, but David’s route was altogether less conventional and more colourful. From a London childhood, he went to study as a medical student at Trinity College, Dublin. Finding out late in the course that colour-blindness would debar him from his chosen career in surgery, he turned to his other consuming interest of the time and did something rare outside stories and folksongs: he ran away to join the gypsies. Moving to Spain, he made a meagre living as a flamenco guitarist, accompanying traditional singers and dancers. This is when he acquired the sobriquet “Rubio”, after his red beard: he was born David Spink.

He was recruited by a touring flamenco dance company. Finding himself in due course in New York, he decided to stay. After a further spell of playing flamenco in hotels and cafes, meeting his wife Nest along the way, he took the career-changing decision. In his own words: “In Spain I had sat shooting the breeze in the back of the guitar-makers’ shops, and watching them at work. I have a photographic memory, and I decided one day that I wanted to make guitars”. He bought wood, and built his first instrument based only on his memories of what he had seen in Spain. Amazingly, within just a few years he had established a fruitful collaboration with Julian Bream and his instruments were being sought after by the world’s leading players. This was the first indication of his remarkable rapport with wood and with the needs of musicians, which allowed him to shape the one to satisfy the other.

Returning to England in 1967, he continued to make guitars and lutes, initially based at Julian Bream’s country estate. Moving to his own workshop near Oxford, he took in a team of harpsichord makers who had left the pioneering maker Goble. David himself rapidly learned the skills of this new craft, and made some outstanding harpsichords in a variety of styles to satisfy the demands of the “period instrument” movement then burgeoning in European musical circles. Contact with this movement also led to his next change of course: the market for harpsichords dried up, and David began making baroque violins. Again, he rapidly came to excel in this new domain and many recordings of the 1970s and 1980s contain credits to him in the small print of the sleeve notes. 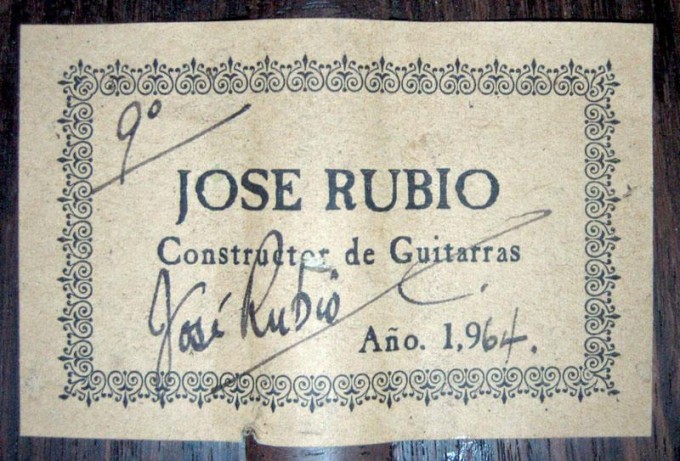 The final move came in 1979, to a custom-built workshop in Cambridge and with a gradual shift to making modern set-up violins, violas and cellos alongside period instruments. This pattern persisted for the rest of his life, but his restless mind found new challenges. He became increasingly involved in research associated with instruments. He was involved in significant discoveries about the methods and materials used by the classical Italian violin makers for finishing and varnishing instruments. He took up and developed methods of acoustical testing which can help makers have greater control over quality and repeatability of their instruments. His unconventional training in instrument making led him to evolve detailed constructional techniques different from those taught in the violin-making schools. In collaboration with guitarist Paul Galbraith, he developed a radically-designed 8-string guitar. In recognition of these activities, earlier this year Cambridge University conferred an honorary degree on him, something which brought him great pleasure at a time when he was already battling with his final illness.

David Rubio will be remembered above all for the instruments he left behind, but his friends will also remember his dedication, his craft skills, his larger-than-life personality, and the way he never compromised his high standards, whether in hand-made Japanese chisels or fine wine. He worked until the end whenever he had sufficient strength, and the last violin was left almost complete on the bench.

David Rubio died of cancer on Saturday 21 October 2000, at the age of 65. He leaves a wife, and over a thousand great musical instruments. – JW

See some of DAVID RUBIO’s guitars