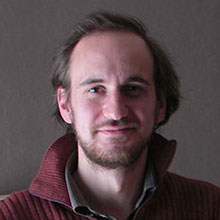 Dominik Wurth was born in 1982 in Ettenheim near Freiburg/Breisgau and spent his childhood in a small rural village at the foot of the Black Forest. Surrounded by meadows and forests he quickly developed a connection to nature and a simple life separated from the hubbub and bustle of the city. 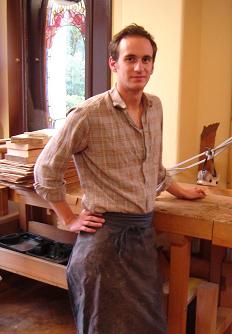 He discovered the guitar in his early twenties, and after a short time he became dissatisfied with the sound of his beginner guitar and needed a better instrument. To get a deeper view about the differences in quality and a better preparation for buying the right instrument he began reading about guitar making.

Having decided to build a better guitar rather than buy one he began studying luthiery. The first guitar seemed like quite an ordeal to build, but the first touch of the instrument was an overwhelming and unforgettable moment which became the driving force behind his passion and future path. In the beginning he was helped and guided by luthier Sascha Nowak of Freiburg as he learned the traditional techniques of guitar making.

To further his education he enrolled, in 2007, at the Zwickau University, Faculty of Applied Arts Schneeberg, the world’s only university offering the study of stringed instruments. There he furthered his understanding of acoustics and luthiery, and in 2012 he graduated with is Bachelor of Arts. 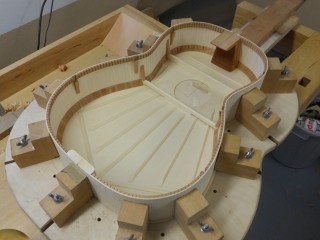 While at Zwickau he also attended the necessary master classes at the HWK Chemnitz and received the title of Meister des Zupfinstrumentenmacherhandwerkes (Master of Plucked Stringed Instrumental Handcraft) and apprenticed with Granada maker Andrés D. Marvi. In a small Spanish village in the Alpujarras, near Granada, he rediscovered the roots of guitar construction and gained insights of traditional Spanish guitar making.

We are very excited to be working with this promising young luthier and look forward to many great guitars from him. 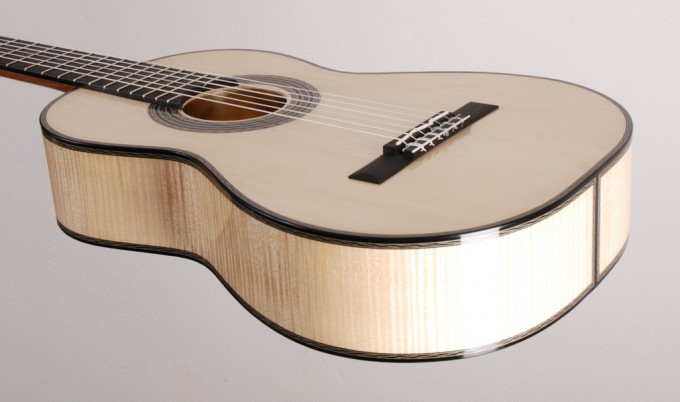 See some of DOMINIK WURTH’s guitars