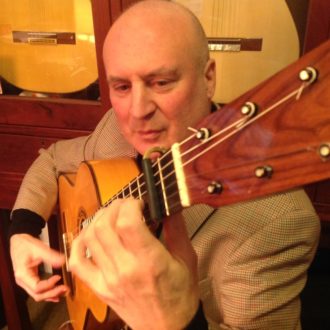 I am confident that the guitars I am producing now have the power, range of tone colors, playability, and visual aesthetics that many players seek.

Ethan Deutsch has one of the more fascinating luthier biographies I’ve read. He started out as a high school dropout who moved to Morón de la Frontera to study with Diego del Gastor in the ’70s, and eventually decided to become a guitar maker, but his frustration at the lack of instruction on guitar making sent him back to school, where he earned a Ph.D. in chemistry at Princeton. All this time he was performing as a flamenco guitarist under the name of Mario Amaya and learning to build furniture, which eventually led him to starting his own furniture business, and we all know that can only lead to one thing – making guitars, which he now does full time, and the response to his guitars has been fantastic. He makes a very light-weight fast and punchy flamenco that feels very old-world in a very good way. Read on to hear his story in his own words. 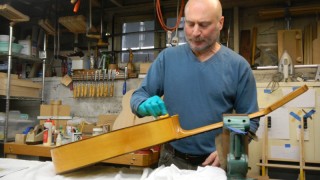 left school after completing the seventh grade. In 1970, when I was fifteen years old, I had already been playing the Flamenco guitar for over a year. Having exhausted the knowledge of my teachers in the Boston area, I convinced my parents to send me to Spain for a year to learn more Flamenco. In Morón de la Frontera, Sevilla, I was warmly accepted by legendary Gypsy guitarist Diego del Gastor.

Diego helped me obtain the apartment across the hall from the one he shared with the widow of one of his nephews and her three young daughters. 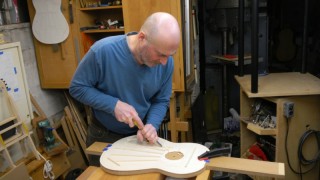 The eldest, Fernanda, was my age, but I was closest to Mari Carmen, the spunkiest one. Paqui was the sweetest. Other Flamenco artists of their clan could be heard in other apartments across the courtyard, and the local tavern—a center of Flamenco activity—was just downstairs, on the corner of the block in this cluster of connected buildings.

Diego was a phenomenal artist and he groomed several of his nephews in his unique style of guitar playing, including Paco and Juan del Gastor, who can be heard on CD. It was mainly through listening and watching that I absorbed Flamenco, though I had a few formal lessons, too. 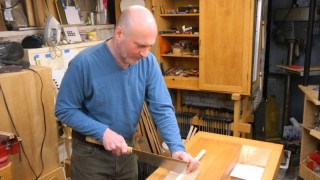 After returning home from Spain in 1971, with a Manuel Contreras Flamenco guitar, I came across Irving Sloane’s book Classic Guitar Construction, and I wanted to build guitars. Because I had a good guitar for reference, I could tell, after trying Sloane’s procedures, that some things were lacking in them. I realized that I needed further instruction to build the kind of guitars I wanted to build.

There was a luthier not far from my parents’ home in the Boston area—I have forgotten his name; he built more violins than guitars. When I (a sixteen-year-old seventh-grade dropout) approached him about an apprenticeship, his response was that I would need to start out as a floor sweeper in a European shop and work my way up there before coming to his shop. 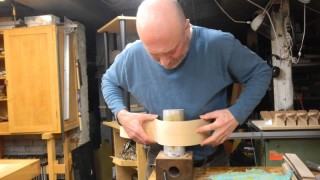 At that time I was unable to find more information about guitar making other than a nutty-sounding brochure from Overholzer, who sold a side-bending device, and a strange article in Guitar Review, No. 28, by H. E. Huttig II, which says that few craftsmen other than Spaniards or their descendants are capable of shaping a guitar neck properly.

Since I wasn’t getting much encouragement or direction for becoming a professional Flamenco guitarist or a luthier, I decided that I would become a physician. A friend tutored me in algebra for two weeks so I could score high enough on the Scholastic Aptitude Tests. Then I applied to Antioch College, using photographs of my guitar-building processes in my application. I was accepted, earned a degree in chemistry, then changed course and earned a Ph.D. in chemistry at Princeton, after which I worked as a research chemist for five years. 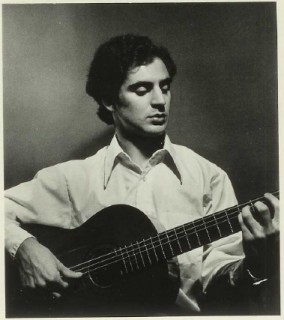 Throughout college and graduate school I led a double life as a professional Flamenco guitarist on the side, stage name “Mario Amaya.”

While I was doing research in graduate school I started to build wooden furniture—as a stress-relieving activity and to have nicer furniture than I could afford to buy. I learned to do woodworking by reading books and magazines and by practicing. The last company I worked for as a chemist built a new laboratory for me to head, with millions of dollars worth of equipment in it. My supervisor agreed to let me build the cabinets for it on weekends. Because we constituted the R&D department of the largest printing ink manufacturer in the world, a lot of people saw those cabinets, and several suggested that I go into business as a cabinetmaker. 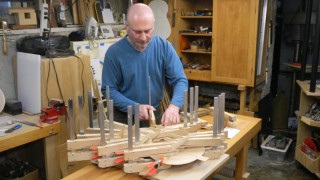 In Chicago, in 1989, I opened a small one-man shop producing handcrafted furniture and cabinets. I also played Flamenco three or four nights a week at Geja’s Café. In 1991 I moved my business to Seattle, Washington.

In 1997 I came full circle and started building guitars again. I discovered that a lot more information about guitar making had become available. Since then I have done a lot of building and received a lot of feedback from professional guitarists. I am confident that the guitars I am producing now have the power, range of tone colors, playability, and visual aesthetics that many players seek. 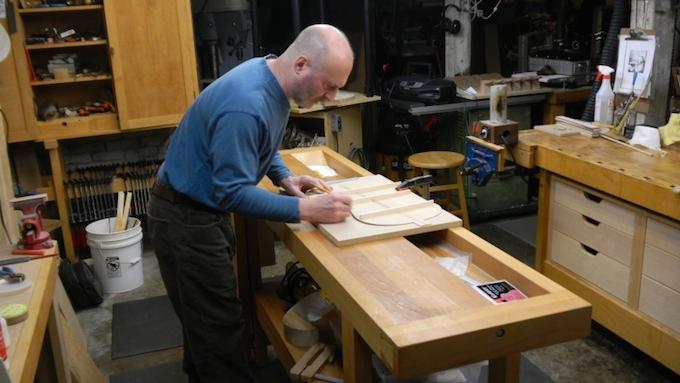 See some of ETHAN DEUTSCH’s guitars