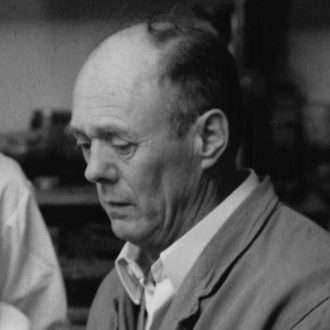 Hermann Hauser Sr. (1882-1952) is best remembered for the remarkable instruments he built in the Spanish style after 1924. In that year, both Andrés Segovia and Miguel Llobet visited Hauser. Segovia was impressed by the quality of Hauser’s work and wrote his impressions, noting that he “immediately saw the potential of this great artisan if only his mastery might be turned to the construction of the guitar in the Spanish pattern, as immutably fixed by Torres and Ramirez as the violin had been fixed by Stradivarius and Guarnerius” (Segovia in Guitar Review 1954). Segovia encouraged Hauser to build instruments based on his 1912 Manuel Ramirez guitar (built by Santos Hernandez) after he examined and made measurements of this instrument. At this time Hauser also had the opportunity to examine Miguel Llobet’s famous 1859 Torres which would also become a decisive influence on the maturing “Hauser” style.

While the story of Hauser’s conversion to the Spanish tradition as it is usually told places the emphasis on what he learned from these great Spanish luthiers, little attention has been paid to what Hauser himself contributed by way of the German tradition he inherited by birth. Hauser was himself the son of a luthier, Josef Hauser (1854-1939), and attended the State School for Violin Making in Mittenwald as a youth. To become a luthier, one had to pass a state exam which covered all aspects of the luthier’s art, and Hauser’s examination master was Johann Otto Haslvanter, a famous guitar and zither maker in Munich. While Hermann started his career by building zithers by 1905 he was also making guitars shortly afterwards, largely based on the Viennese models – particularly of Stauffer. By the time of Segovia’s and Llobet’s visit Hauser had established his own shop, and had developed an excellent reputation for his precise work building guitars, lutes, lyre-guitars, and historical reproductions. While justifiably Hauser’s reputation rests on some 250 instruments that he built between 1925 and 1952, he had by 1924 perhaps already made 250 guitars in the German tradition. Today, the Hauser I instruments most coveted by performers and collectors are those which clearly stand firm on the Torres design yet are imbued with the precision (in both craftsmanship and quality of tone) of Hauser’s “Teutonic engineering principles” to once again quote the famous and very apt words of Julian Bream.

The Hauser tradition has remained alive continuously to the present day, the torch being passed down through the descending generations, next of whom was Hermann Hauser II (1911-1988), another of the 20th centuries most important and gifted builders. His son, Hermann Hauser III (b.1958) is presently the living heir of the family tradition but is now ushering in the fifth generation: His daughter, Kathrin Hauser, completed her opus one this past year.