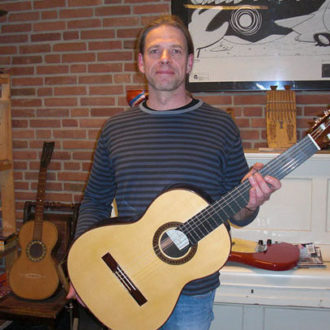 A great friend whom we caught up with at Musikmesse 2015 in Frankfurt, Germany, Jochen Röthel continues to build astonishing instruments that inspire players and listeners alike with their cultivated character and great power. Learn more about Röthel’s story as a luthier below and about the makers that inspired him to start his craft. 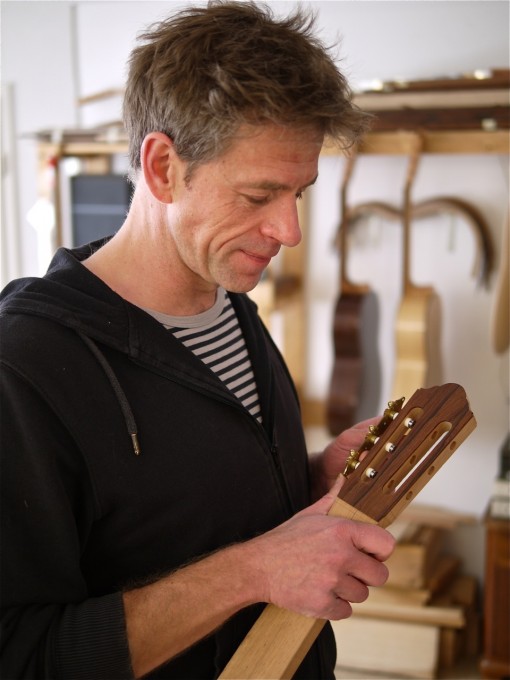 Jochen Röthel was born in 1969 and grew up as the son of a cabinet maker in Kitzingen, a city in the northern part of Bavaria, Germany. After high school, his great passion for guitars motivated him to start his education as a guitar maker at the Lakewood Guitars workshop of Martin Seeliger in Giessen where he also met Michel Brück who later became a very inspiring influence and who still is a good friend of Röthel’s. His participation at a Guitar Builders Workshop conducted by Josè Luis Romanillos 1992 in Cordoba Spain, was the decisive spark for his later specialization in the building of classical guitars. After he completed his training as a guitar maker and received his Masters Degree as Luthier in Guitar in 1997, Röthel moved to Oldenburg Germany, where he established his workshop as an independent guitar maker and has worked ever since.

In addition to building, he has taken on numerous restoration projects and has established contact with guitar collectors, which resulted in numerous opportunities to study great guitars of the old masters like Manuel Ramirez, Vicente Arias, Domingo Esteso, Gomez Ramirez, Weissgerber and Hauser I. Meanwhile, he has developed his own guitar building concepts based on the fundamentals of the traditional Spanish School of Antonio de Torres, Manuel Ramirez and Hermann Hauser. The strong, warm and expressive sound of these old instruments was very inspiring and encouraged Jochen Röthel to adopt their lightweight construction and low body frequencies to his own guitars. As a result, Röthel guitars have a sonorous but cultivated character and are at the same time powerful concert instruments. Of note, anyone who has had the opportunity to see these guitars is astonished at how precisely crafted and elegant they are in appearance. Overall they are sensational instruments in every respect, making Jochen Röthel one of the finer contemporary builders on our roster. 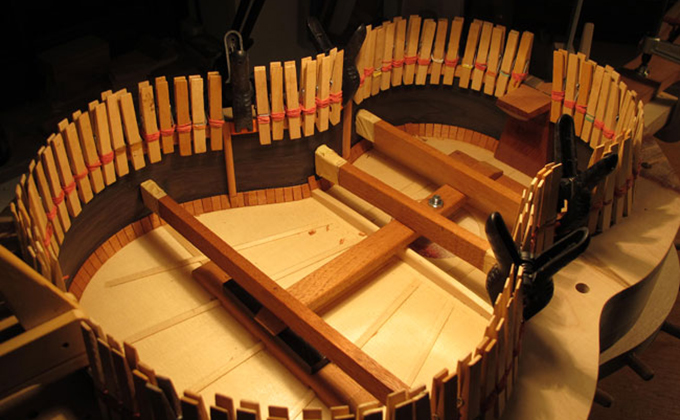 See some of JOCHEN ROTHEL’s guitars