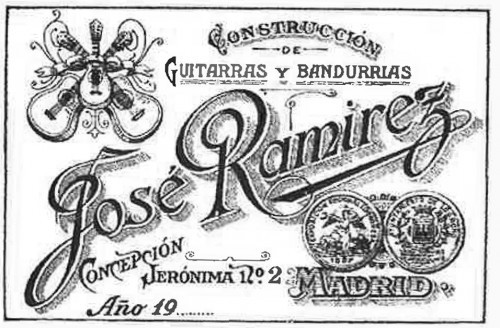 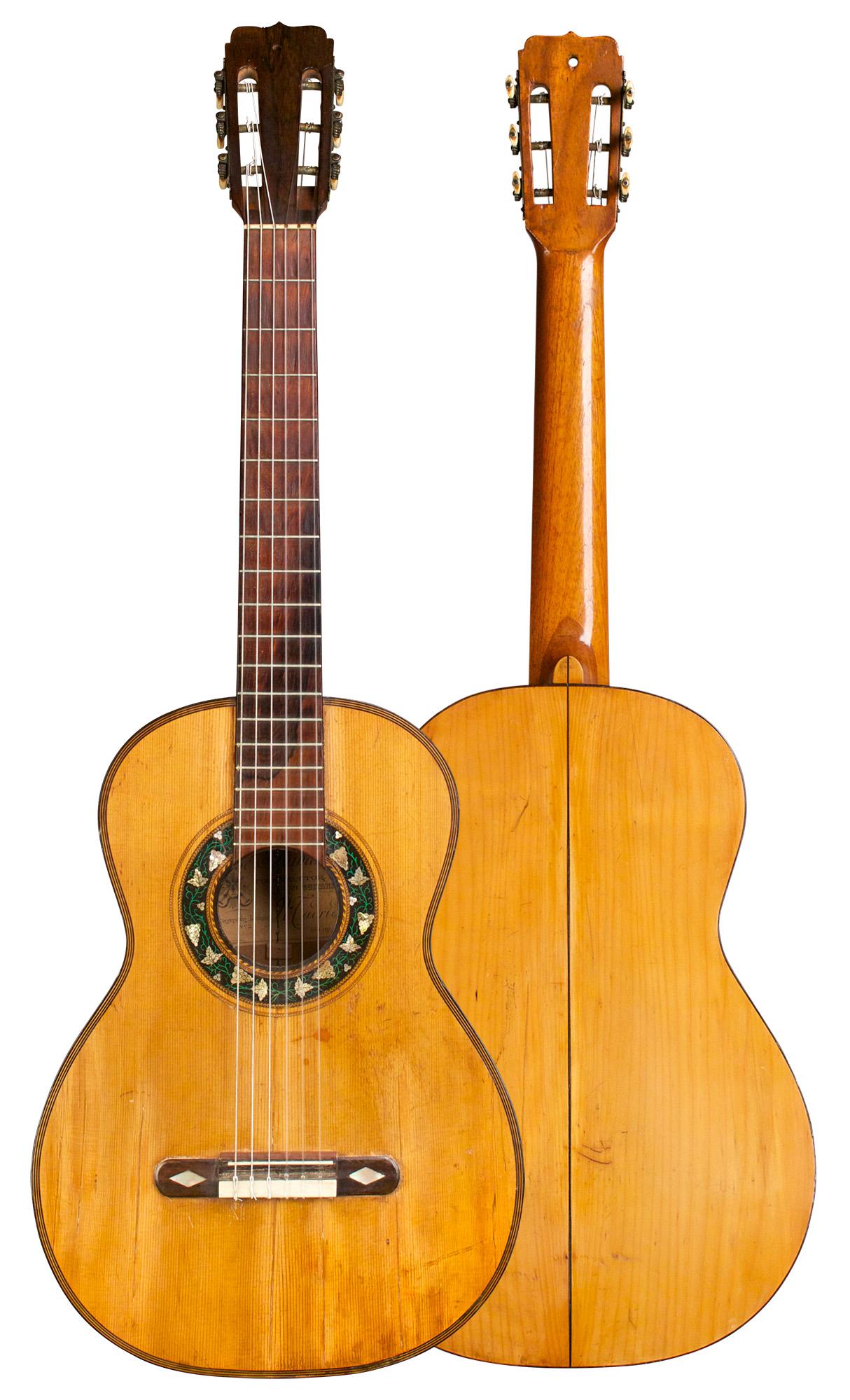 Guitars in stock
Guitars in museum
This is a beautiful, smaller sized cypress guitar from the shop of Jose Ramirez I and was built at a time when Jose I had been an independent guitar maker for 15 years (his workshop was established in 1882). Aesthetically the guitar shows the strong influence of his teacher, Francisco Gonzalez – particularly in the head shape, wide (and ornately decorated) rosette, and pointed bridge. It has had a number of repairs, primarily to the soundboard and an inlay on the back, and yet the sound and playability is all still there – absolutely charming and elegant in every way. This instrument was one that Russell Cleveland was particularly fond of, and was prominently featured on the cover of the…
Read More