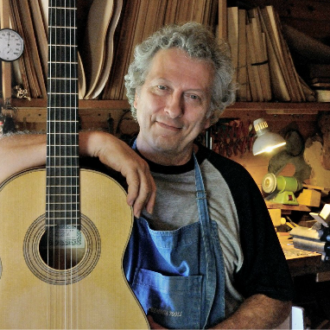 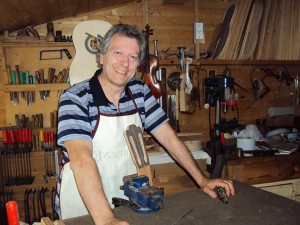 Although Luigi Locatto has been making guitars for over a quarter of a century, his involvement with the instrument goes much deeper than lutherie, as he is also a guitarist and teacher himself. He considers himself and his work to be completely traditional, basing his work on the work of the golden age of the greatest Spanish masters of the late 19th and early 20th centuries. His purpose is to recreate the beautiful palette of sound colors and the intense expression of these Spanish instruments without compromising the power required of a modern guitar. 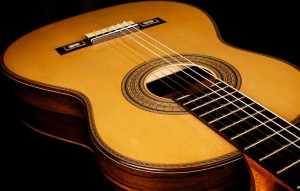 In addition to playing, teaching and building, Locatto has been very active as a repairman, and has done major restoration jobs on several important vintage instruments – including the likes of Louis Panormo, Francisco Simplicio, Enrique Garcia, Manuel Ramirez and others. These projects have helped Locatto better understand something of these great masters and and in many cases he has been commissioned to build replicas – in addition to the guitars just mentioned, he has also made copies of Antonio de Torres, Rene Lacote, Ignacio Fleta, and Hermann Hauser. His own model (which he calls his “Garcia model”) was born from this practice. Although not a strict copy, it is largely influenced by a specific guitar – an Enrique Garcia from 1904.

His instruments have won the attraction of many professional guitarists who in some cases have made beautiful recordings on Locatto guitars, including Lorenzo Micheli (winner of GFA 1999), who recorded Castelnuovo-Tedesco’s works for Naxos, and Shin-ichi Fukuda, who recorded Barrios and Villa-Lobos for Meister Music.

Locatto’s desire to improve in all areas is never-ending, always doing additional research where possible. As a result of this necessarily slow and careful pace of work, his current production is limited to between 10-12 instruments per year. As his exclusive US dealer, GSI is very proud to receive 2-3 of these. 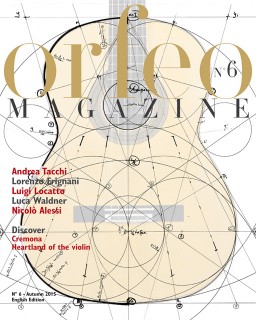 See some of LUIGI LOCATTO’s guitars