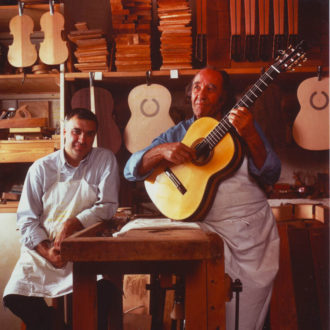 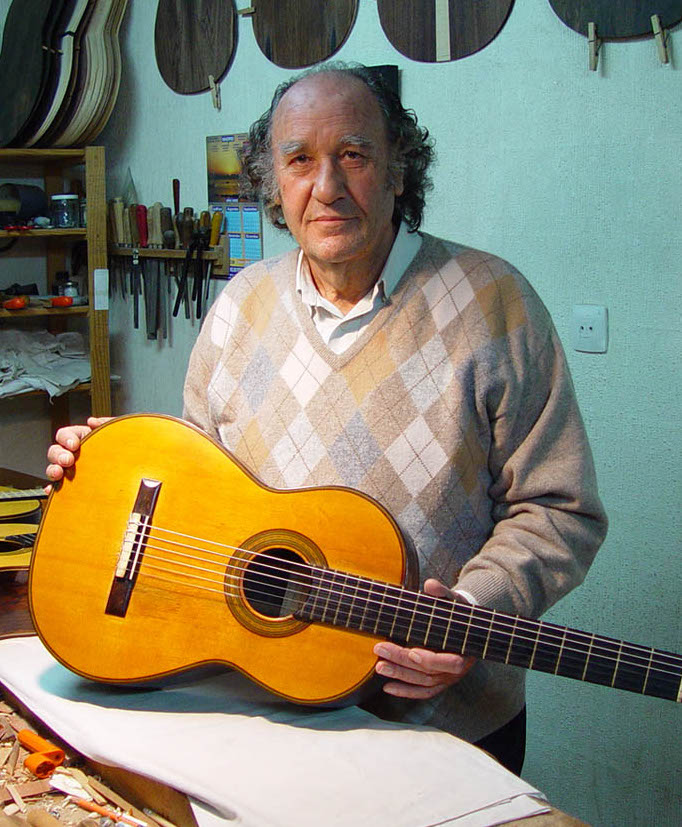 Paulino Bernabe is considered to be among the rare elite of classical guitar makers. His guitars are played by many recording artists and are admired for their powerful, clear and sustaining sound.

When Paulino Bernabe (1932-2007) studied the guitar with Daniel Fortea, a pupil of Francisco Tárrega, he started developing an interest in lutherie. In 1954, young Paulino became an apprentice guitar maker, and then eventually the head artisan in the famous Jose Ramirez workshop. In 1969, Bernabe left Ramirez to establish his own workshop in Madrid.

Even though Paulino Bernabe was deeply rooted in the old Madrid School of guitar making, he was a great innovator and experimenter. He has developed his own strutting system and construction methods that allowed his guitars to have a unique sound with strong basses, clear trebles and a wide range of tone colors. His search for those sound qualities began in the early 1970’s with a radical at the time 5-strut bracing system of the soundboard (later increased this number to 7). More recently he started implementing a relatively complex multi-strutted layout with four struts projecting outward from the soundhole, as well as three fan braces at varied heights and thicknesses, and an innovative back design. All these innovations resulted in his instruments having a sweeter, yet clear and focused tone.

In addition to his vast stock of rare and aged rosewood, Paulino Bernabe Sr. was also likely to use woods that were not common in classical guitar making – flamed maple, pear, and even camphorwood.

Paulino Bernabe Sr. is the builder of the famous 10-string guitar that Narciso Yepes played until his death. 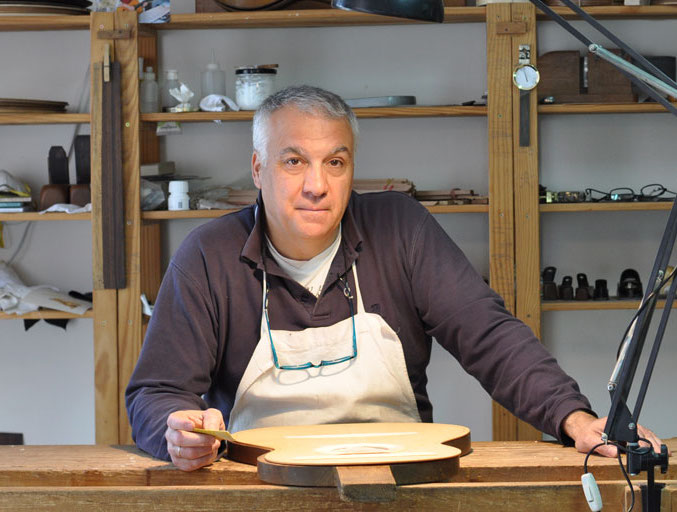 Paulino Bernabe II was born on June 9, 1960 in Madrid, and since the very beginning he had a close contact with his the workshop where his father worked

Paulino lived in the upper floor of the shop, where he had a chance to observe his father’s work. His father always told him that he looked for the most noble woods to build great guitars. When the father became an independent luthier, young Paulino had a chance to learn even more secrets of guitar construction directly from his father.

At the age of 17, Paulino Bernabe II began his career in lutherie as his father’s apprentice. His father was always a perfectionist and a demanding teacher. He emphasized the importance of knowing the tools and the wood very well.

Paulino Bernabe II worked together with his father for 30 years. Even when they rested or were on vacations they were constantly thinking about their craft. Nowadays, after his father’s passing, Paulino Bernabe II continues the family tradition of guitar building.

See some of PAULINO BERNABE’s guitars