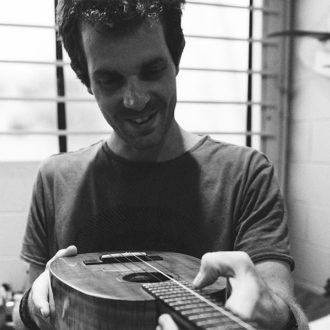 Sean Hancock was born on the Gold Coast of Queensland, Australia and has lived there most of his life. He and his family recently moved to Tamborine Mountain in the Gold Coast hinterland and set up their new workshop in this beautiful area. Guitar building has been a major part of his life since childhood, when he began helping his father make guitars. His brother is an amateur guitarist as well as a luthier and their house has been filled with music and musicians coming and going for many years.

Sean made his first guitar when he was just 11 years old, in 1992. He did not go to high school but instead was approved by the Queensland Department of Education to study at home. This meant that most of the day was devoted to guitar making for all those years. Sean is now completing his second Bachelors degree in Design Studies, majoring in product design at Griffith University on the Gold Coast.

When Sean was 16 years old he applied for and won a 1st prize in the ‘Nescafe Big Break’, a competition run by Nestle Australia to help young Australians achieve their goals in business and the arts. This enabled Sean to update his workshop and visit the USA the following year with his father and brother. During this trip, Sean met with GSI and founded a relationship which has in the years since improved and aided in his guitar construction.

Sean is influenced by the work of many luthiers. His father has owned guitars by some great makers including two Ramirez concert instruments (from 1968 and 1969), a 1967 Reyes flamenco and many others. During his visit with us at GSI, Sean viewed several other fine instruments, most notably a 1966 Hauser II – a guitar that left perhaps the longest-lasting impression. As Sean says about this experience: “It was not as powerful as the guitars I was used to, but it had a clear, sweet and most of all, balanced sound that appealed to me. I am also a fan of the visual aesthetic of Hauser guitars; like many German designs they have a clean, well-proportioned look that is tastefully geometrical without being too square or too rounded.”

The resulting qualities that Sean builds into his guitars are a balanced Hauser-like sound with excellent projection, comfortable and easy playability with close to perfect workmanship. Sean uses German spruce for the soundboards and both East Indian and Brazilian Rosewood for the backs and sides. Recently Sean has been experimenting with a new and very promising timber for back and sides called Flamed New Guinea Rosewood – this extremely light timber produces a sound similar to Indian Rosewood but is a bit more open and vibrant like Spanish Cypress. 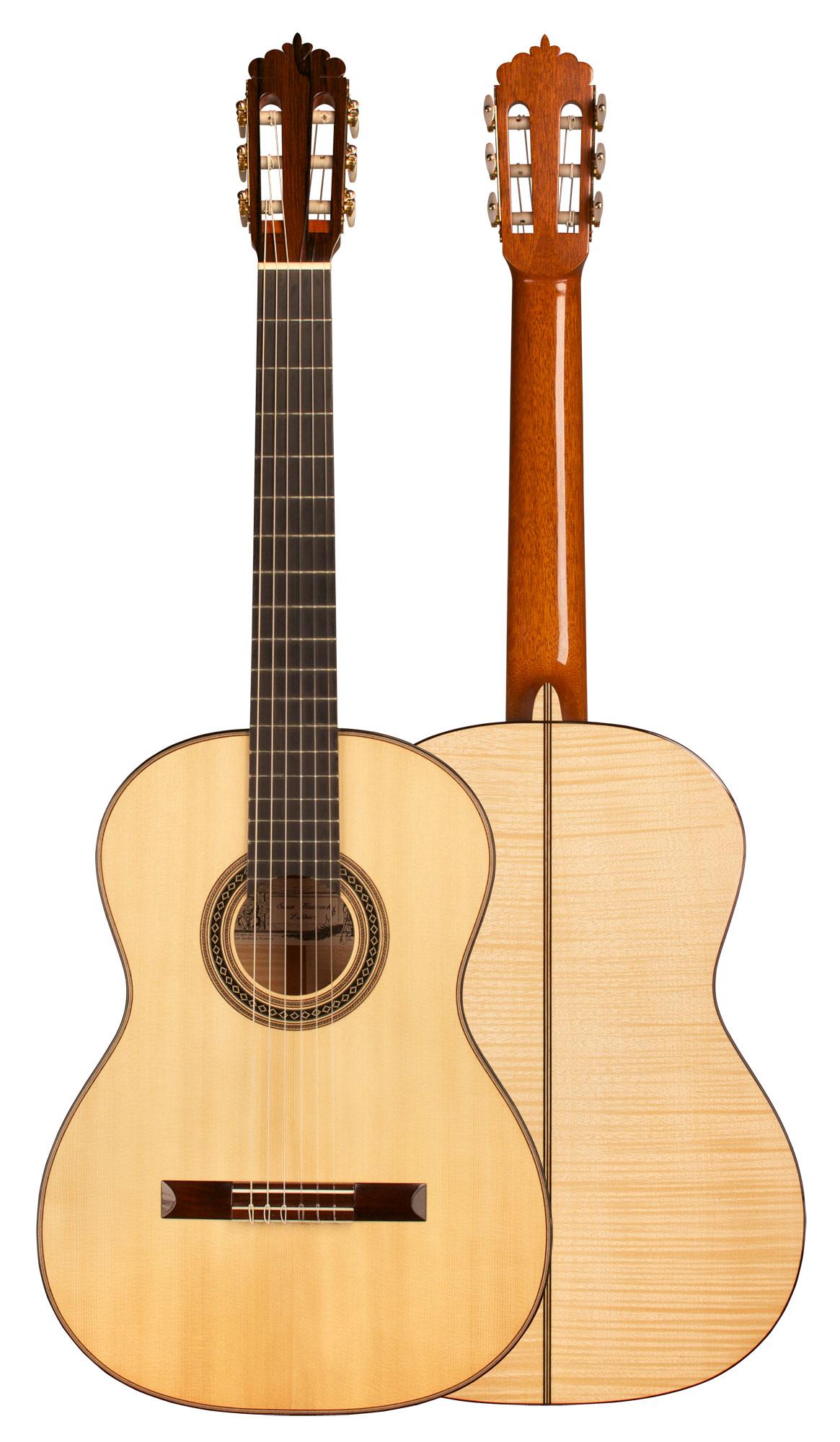 Guitars in stock
Guitars in museum
This guitar was constructed in the Hancock workshop atop beautiful Mt. Tamborine in the Gold Coast hinterland, Queensland, Australia. Sean’s guitars are based on various Hauser designs, most notably the famous 1937 Hauser of Segovia and also a 1966 Hauser II which Sean viewed here at GSI in 1999. This style produces an instrument with full, rounded tone, excellent balance and surprising volume, particularly for the slightly smaller body size. The materials used are beautiful flamed maple for the back & sides, and German spruce for the soundboard. Craftsmanship is extremely precise, with enormous attention paid to all elements of the detailing and overall design. Although a used guitar, it is in great shape with no damage or repairs, only…
Read More