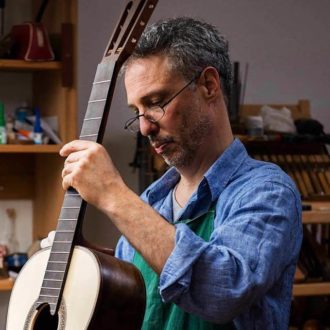 Guitar-maker Sebastian Stenzel is a great friend of GSI, whose works have gained great praise among many visiting players who have experienced his guitars in our showroom. Continue below to read about Stenzel’s rise as a luthier and his support for environmental causes. 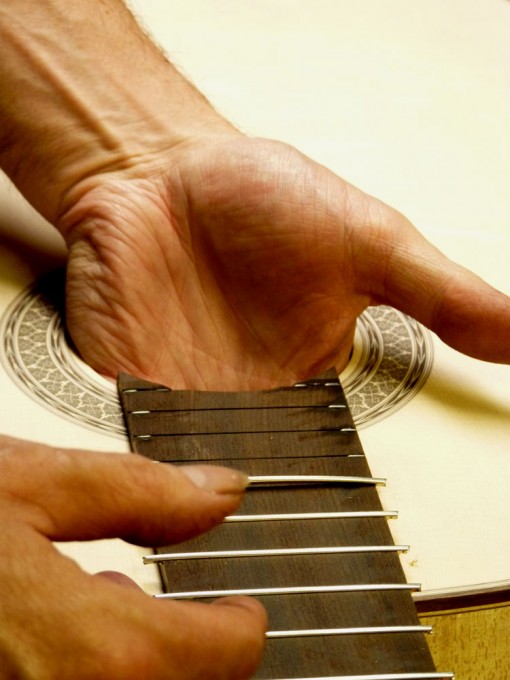 Sebastian Stenzel was born the son of a university professor of German literature and a schoolteacher in Goettingen in 1966. He enjoyed working with wood from a very young age, and he began playing classical guitar at the age of 10. Sebastian made his first guitar at age 13. At that young age, his guitar teacher suggested he choose guitar-making as a profession, seeing that Sebastian was very passionate about the art. Still, Stenzel graduated from high school with the intention of studying physics but abandoned the idea when he found that it was practical application, not abstract theory, which interested him most.

He served his apprenticeship with a local guitar maker in Goettingen from 1989 to 1991. In the following years, he continued making and improving his own classical and flamenco guitars. After passing the Master of Crafts Examination in 1996, he established his own workshop in Munich. Since then, he has been enjoying a rapidly growing reputation for his instruments as well as for his repairs and restorations. In 1998, he was awarded the Masterprize of the Bavarian Government for his extraordinary performance during the Master of Crafts Examination.

Since 2002, Sebastian teaches regularly at the University Mozarteum in Salzburg, Austria. He has also given lectures at the Colleges of Music in Hamburg, Munich, and Freiburg, as well as at several guitar festivals. In 2004, Stenzel relocated his workshop to Soelden, a village close to Freiburg in the southwest of Germany. He is the father of two sons.

In 2004, Sebastian relocated his workshop to Sölden near Freiburg, and in February 2011, he again relocated this time to the “Center of Crafts and Culture” in Emmendingen, where he currently continues to build his works of art. 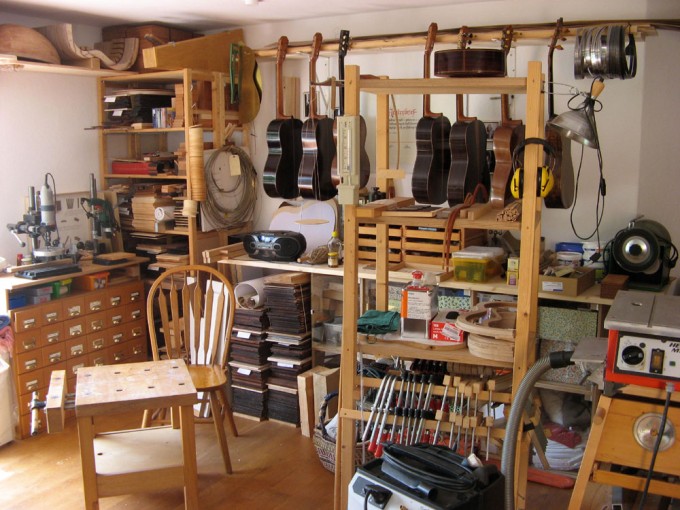 Sebastian Stenzel has now begun to contribute 20% of the added price for tropical tonewoods to organizations such as Rettet den Regenwald (Rainforest Rescue) and Dalbergia Preservation. These donations are meant to absolve neither the builder nor the player, but rather to focus their environmental consciousness and support, in a concrete way, on the efforts of environmental organizations dedicated to the principle of protection and renewal.

See some of SEBASTIAN STENZEL’s guitars