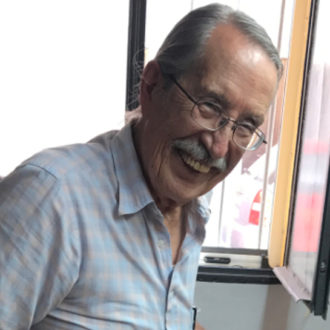 Yuris Zeltins was born in Latvia and came to the United States as young child. Initially, his interest in classical and flamenco guitars was stimulated by the music of Agustín Castellon “Sabicas”. Unable to afford a suitable instrument, in 1960 Yuris decided to build a guitar of his own, based upon a design he saw pictured on a record album cover. The rest is history. In succeeding years he performed with different flamenco groups. His passion for the guitar led him to devote his lifetime to the construction, repair and restoration of stringed instruments, especially the Spanish classical and flamenco guitar.

In addition, he has spent over thirty years in the study of French polishing, in its various manifestations, as a practical, philosophical and meditative discipline.

Over the years, Yuris has been entrusted with the restoration of many guitars of historical significance from Torres to Hauser. Most notably, Yuris was able to rescue from utter destruction the famous Miguel Rodriquez guitar, “La Wonderful,” beloved stalwart concert instrument of Pepe Romero.

Yuris Zeltins maintains his workshop and continues his work on Spanish classical and flamenco guitars at the Blue Guitar, San Diego, which he founded in 1961.