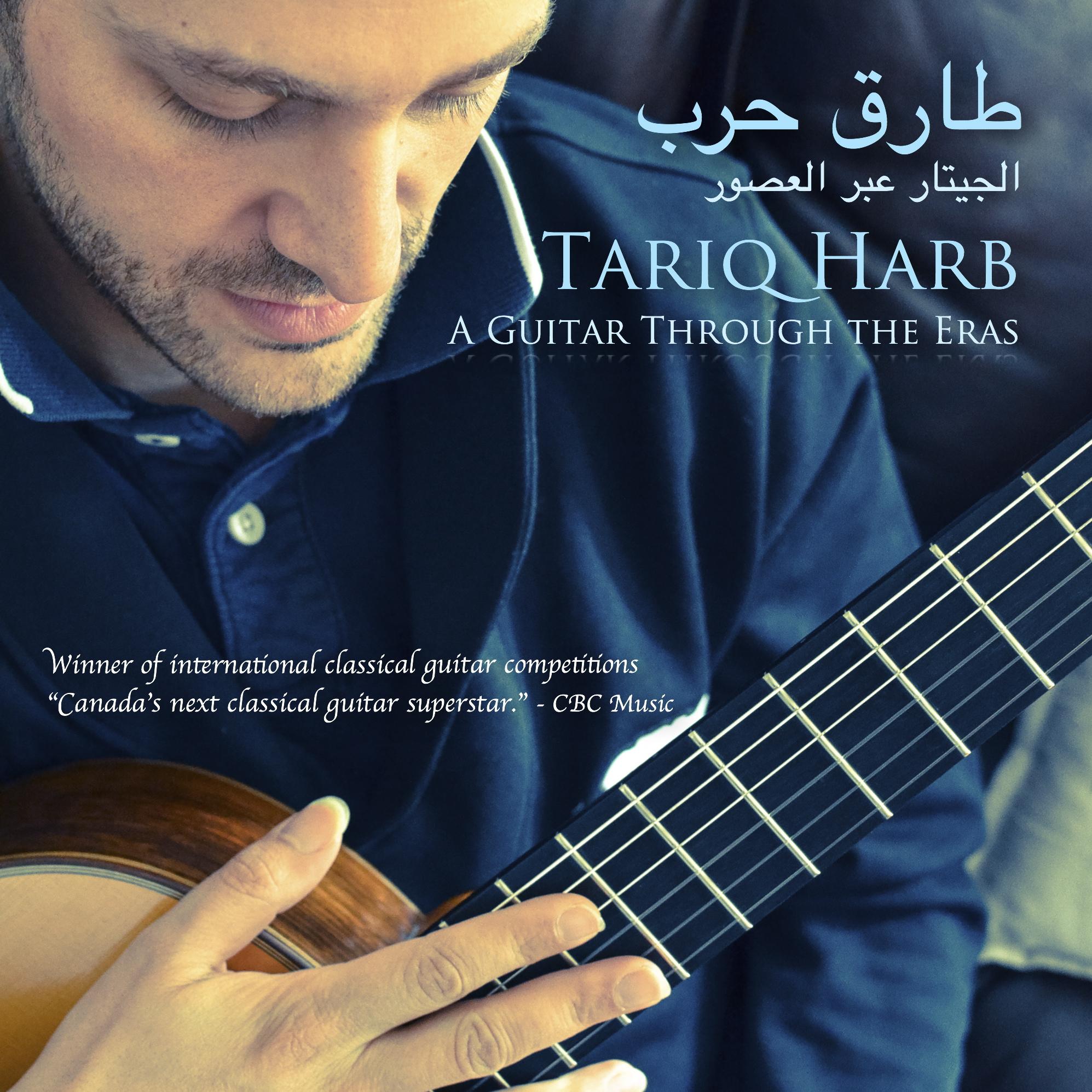 Winner of both the First and the Audience Choice Award i the Barrios WorldWideWeb Competition, Second-Prize winner in the Tokyo 55th International Classical Guitar Competition, and First-Prize winner in the Montreal International Classical Guitar Competition, Tariq Harb is quickly establishing himself as one o the foremost classical guitarists of his generation. His playing has been described as "effortless and thoughtful... a must see guitarist!" (Dr. Garry Antonio); "exceptional musicianship and technical accuracy." (Dr. Alexander Dunn). Recently, Harb has been chosen as one of CBC Radio's NEXT! 2013 artists, where he was celebrated as "Canada's next classical guitar superstar" and was showcased performing live at the Glenn Gould studios in Toronto, Canada.

Harb's past appearances at music festivals and guitar series events in North America, Europe, the Middle East, South America, and Asia, are highlighted by performances in prestigious halls such as the Oscar Peterson Concert Hall in Montreal, Canada, the 2000 year-old Roman Amphitheater in Jerash, Jordan, the Bunka Kaikan concert hall in Tokyo, Japan, and at the world-famous Concertgebouw in Amsterdam, the Netherlands.

Born in Jordan to parents of Palestinian origin, Harb moved to Canada to commence university studies. He studied both the violin and the guitar with guitarists Roddy Elias, Patrick Kearney, Jerome Ducharme, Dr. Garry Antonio, Dr. Jeffrey McFadden, and with violinists Claude Gelineau and Clemens Merkel of the Bozzini Quartet. Harb also participated in the many masterclasses including ones run by Lorenzo Micheli, Jason Vieaux, Pavel Steidl, Remi Boucher, and Manuel Barrueco. Harb holds a Masters in Performance degree from McGill University, a Bachelor of Arts, and a Bachelor of Commerce from Concordia University. He is currently pursuing a Doctorate in Musical Arts at the University of Toronto.