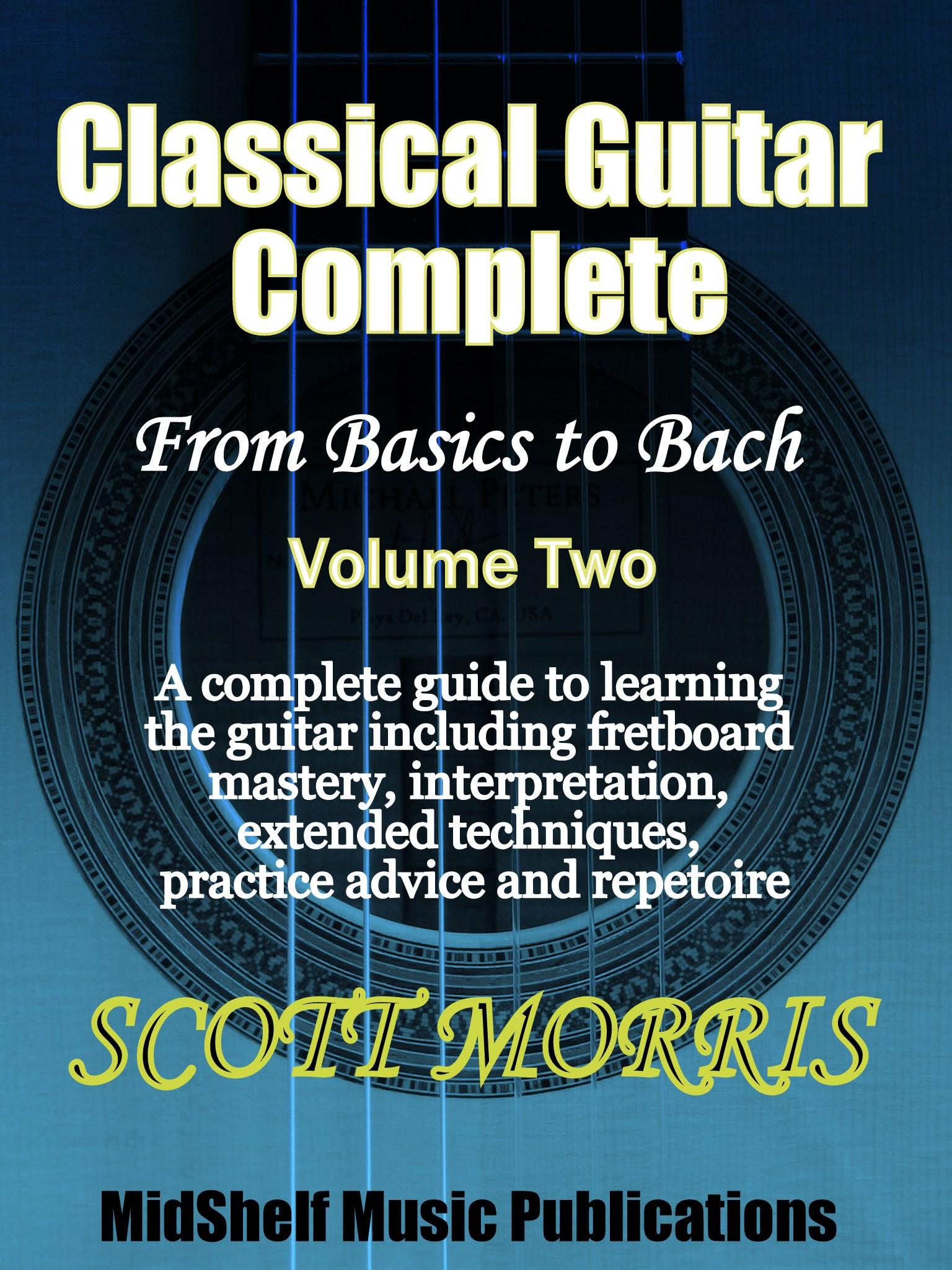 From Basics to Bach Volume 2 is the product of over a decade spent teaching college and university guitar classes and students. CGC Volume 2 begins with an escape from the first position of the guitar and goes on to cover transpositions, vibrato, dynamics, timbre, articulation, rubato, and phrasing. This volume also includes a range of music including examples from Morris, Carcassi, Giuliani, Dowland, and Paganini to name a few. Quizzes at the end of each chapter make it ideal for classroom guitar as well as private study. Included is a CD with 30 audio samples from the book, played by Morris, for students to hear and study.

Scott Morris gave his New York recital debut at Carnegie Hall in 1998 and has since performed at festivals in Germany, England, Austria, Mexico, China, and the US. He has recorded five CDs for Eroica Classical and Centaur Records. Morris is a founding member of the Line Forms Hear along with Julian Coryell (son of Larry Coryell). 20th Century Guitar Magazine called his latest CD a “classical guitar masterpiece” and American Record Guide said “he plays with considerable elegance and charm”. He directed the 2007 Guitar Foundation of America Convention, serves at Artistic Director for the annual Dominguez Hills Guitar Festival, and is the 2013 coordinator for CSU Summer Arts Guitar in Monterey Bay, CA. He has been on the California State University, Dominguez Hills music faculty since 2004. His latest CD, Phonology, is a collection of his original arrangements of Erik Satie and will be released in late 2012.

The Diary of Agustin Barrios