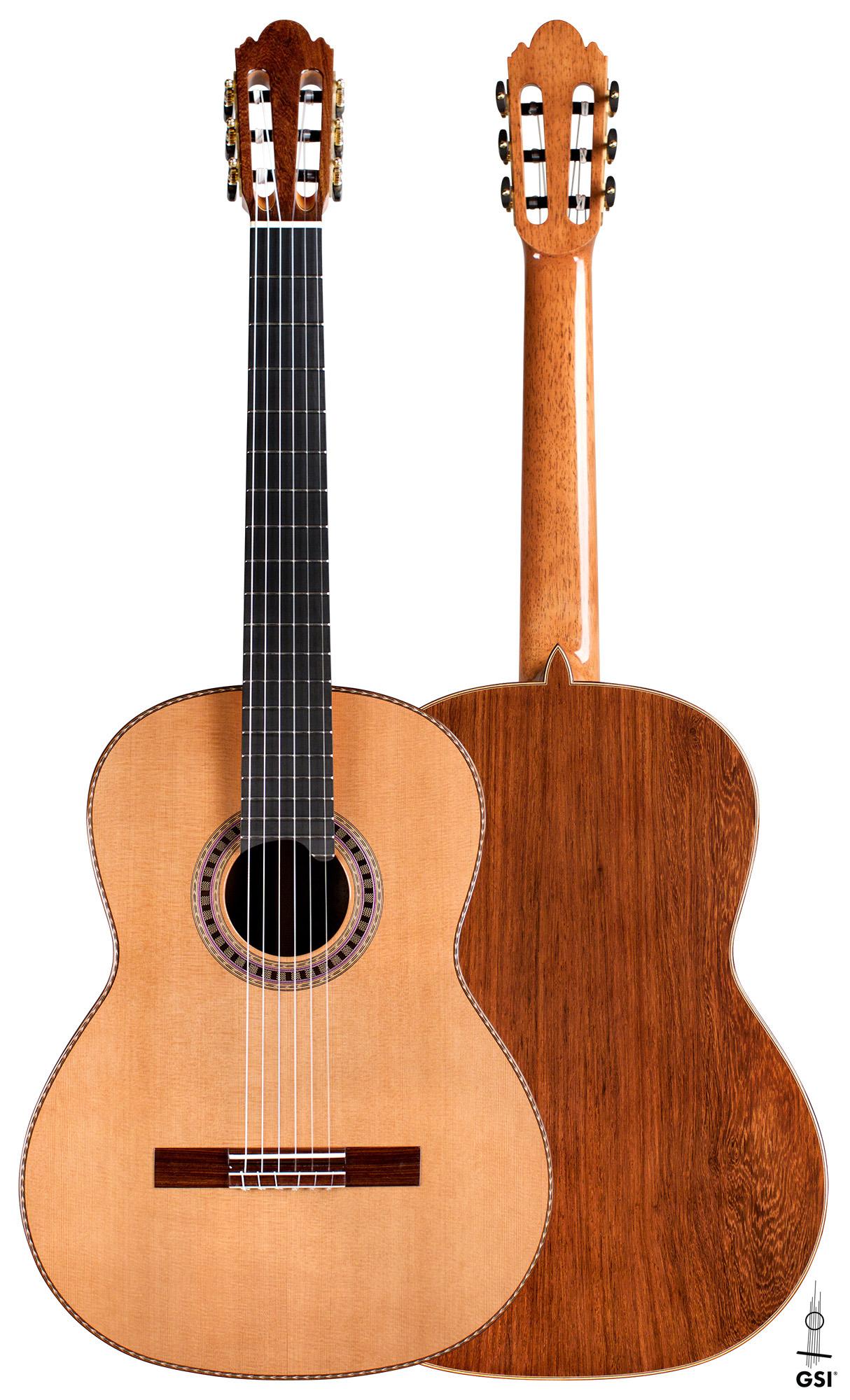 This is Wolfgang Jellinghaus' "Alemana EF" model which is similar to his well-known "Signature" model with a few modifications including a standard elevated fingerboard, single sides and African rosewood for the back and sides. Internally, the bracing system is designed to help move sound into this area of the upper bout - the lower harmonic bar is open on either side of the rosette, and there is no upper harmonic bar at all - so the sound moves easily and efficiently from the bridge area all the way into the uppermost reaches of the top, utilizing most of the soundboard for production of sound. Volume is therefore huge on this instrument, also in part due to the lightweight lattice-braced double-top (nomex in between two pieces of cedar) system for the soundboard. The guitar is also incredibly easy to play - partly due to the immediate responsiveness requiring little effort from the right hand, but also due to the sleek, easy neck shape for the left hand. Overall a very impressive concert guitar, particularly at this price point. Although a used guitar, it has only minor signs of use in the finish and is in otherwise excellent condition.

Note: Stock photos may be used for this model listing. The exact guitar pictured may no longer be available, and may differ slightly from current inventory. Please contact us with any questions.

Wolfgang Jellinghaus was born in 1951 in Dortmund, Germany. His father, Walter Jellinghaus, was himself a guitar maker and naturally introduced the craft to Wolfgang at a young age. In 1978, Wolfgang opened a retail music shop called Musik Jellinghaus GmbH and in 1983, he became involved in manufacturing and so created Martinez Guitars, designing their first line of guitars. In 2003, production of Martinez Guitars was moved to China with Wolfgang's assistance. In 2013, he sold Musik Jellinghaus GmbH, and set up an independent workshop in China, building guitars under the name "Milestones of Music", a small boutique traditional workshop that specialized in making high-quality guitars in the style of such great historical makers as Lacote, Torres, Hauser and Ramirez, among others. Wolfgang has now begun a new line of instruments under his name. 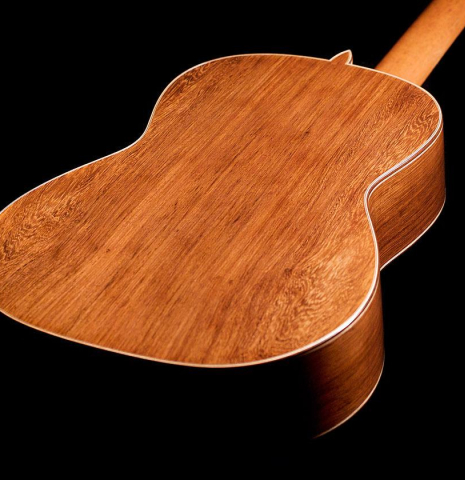 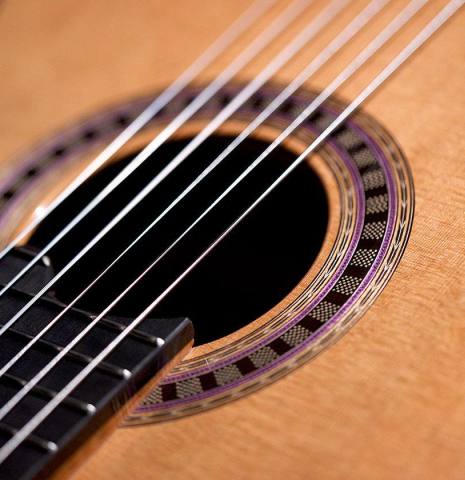 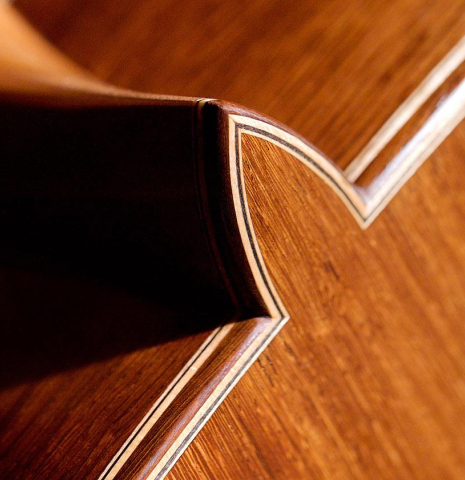 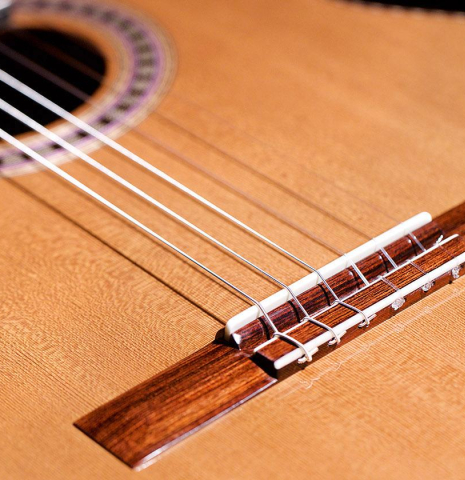 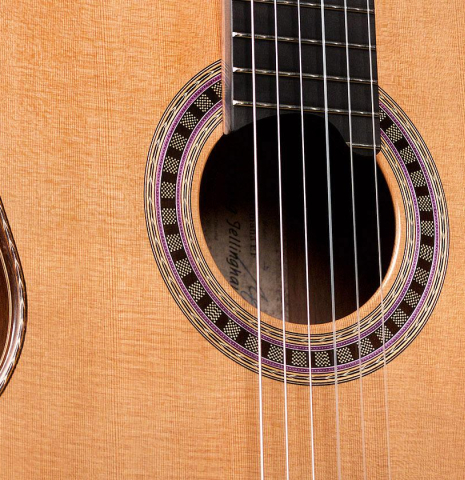 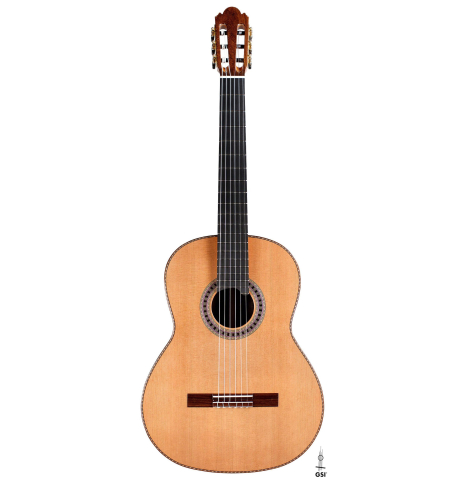 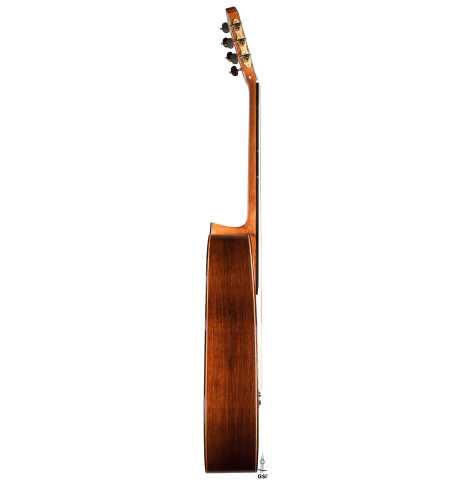 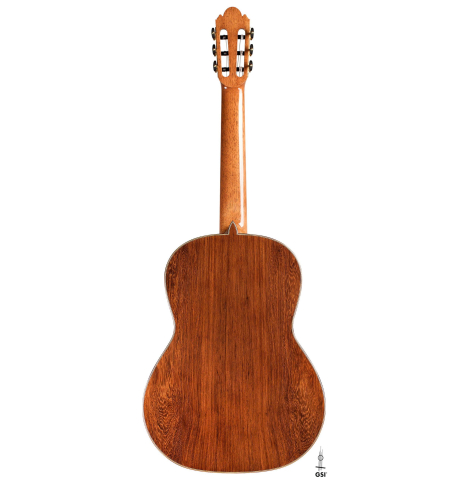 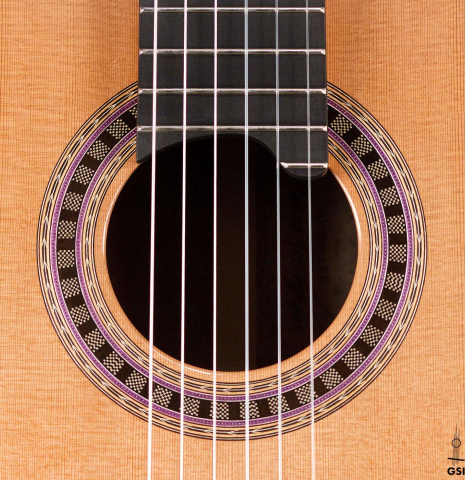 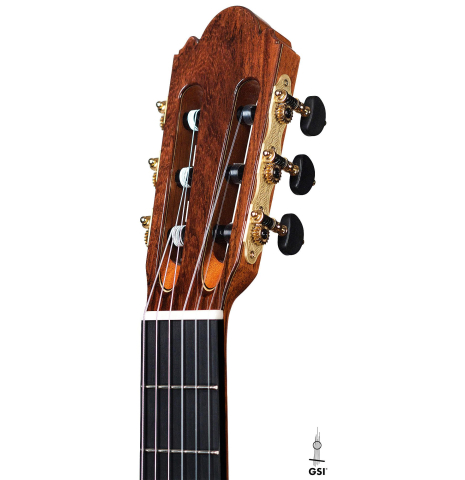 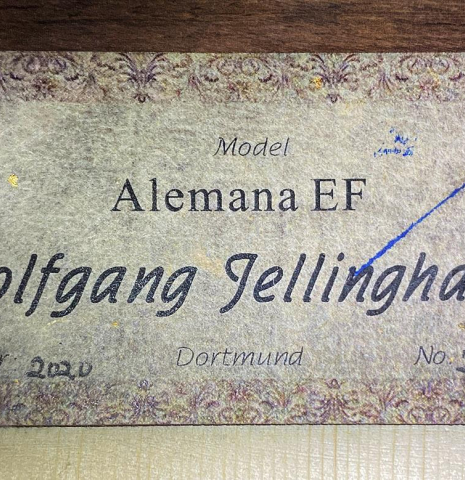 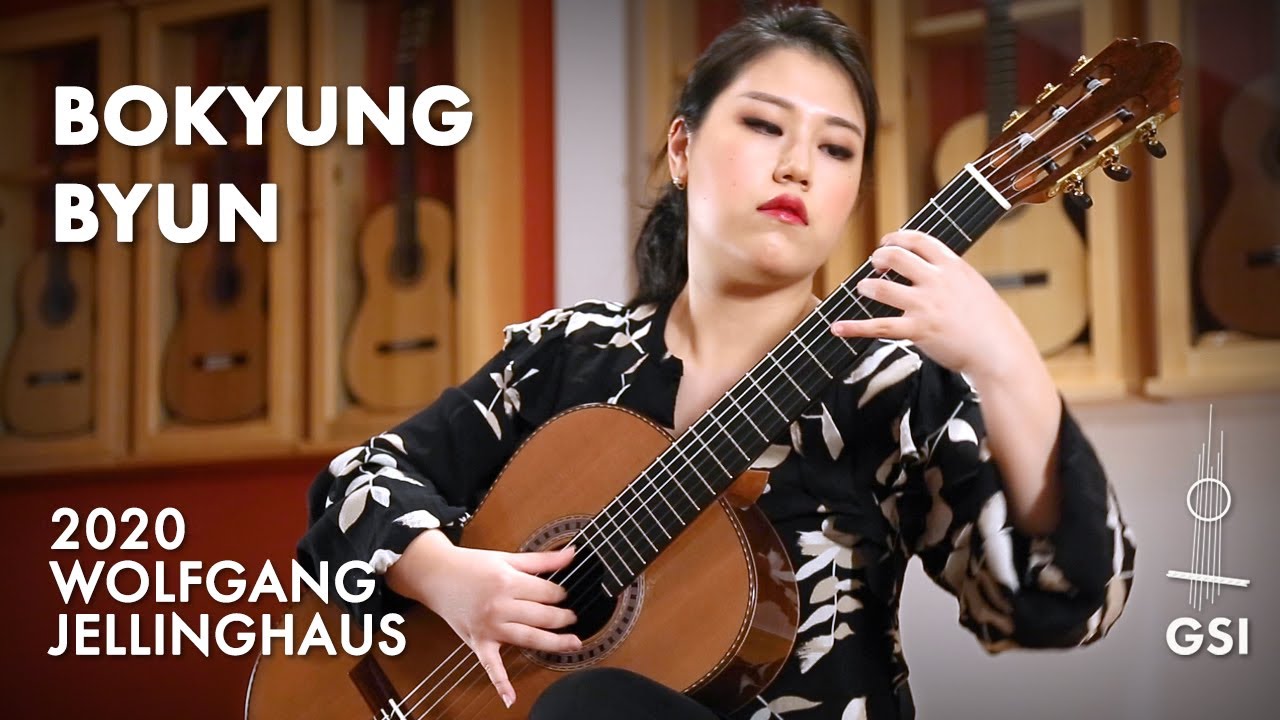