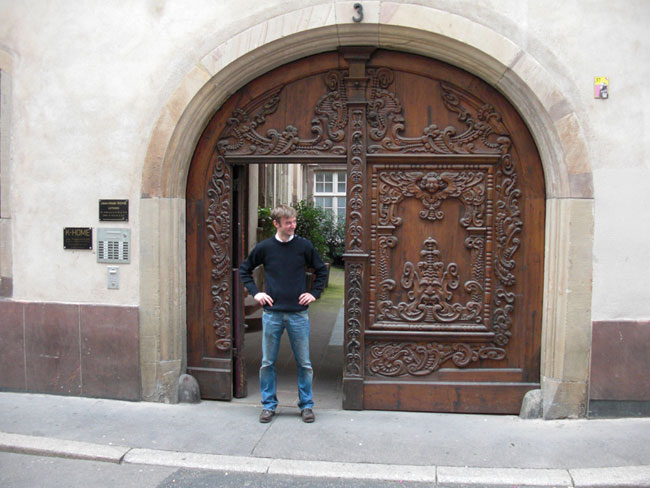 We are proud to announce that as Jean-Noël Rohé’s exclusive US dealer, we are within days of receiving our very first instrument from him, his fiftieth guitar. Although we agreed to this collaboration about 2 years ago, after I had been to visit him in Strasbourg (at the advice of both Daniel Friederich and Dominique Field), Rohé insisted that he take the extra time necessary to work out a few subtle design changes to ensure that he would be sending us the best guitar he is capable of both envisioning and building. Well, that time has now come and we are very excited. Photos attached are of the actual guitar, which he will string up tomorrow and ship to us next week. Demand for his instruments is already soaring worldwide, primarily because of his early and strong support from both Daniel Friederich and Dominique Field who both see him as the leader of the next generation of French luthiers. He also made a huge impact when in 2004 he was awarded the title “the Finest Craftsman in France” (Meilleur Ouvrier de France – M.O.F.), and after the publication of a glowing review by Clément Follain in the French magazine “Guitare Classique”. Although still very young, his guitars already have the great majesty and authority normally commanded by instruments produced by the most rarified of veteran maestros who have years of experience behind them. This is a rare opportunity to introduce a fine builder of this caliber, and we look forward not only to this guitar, but also to the many years (and guitars) still ahead of us.