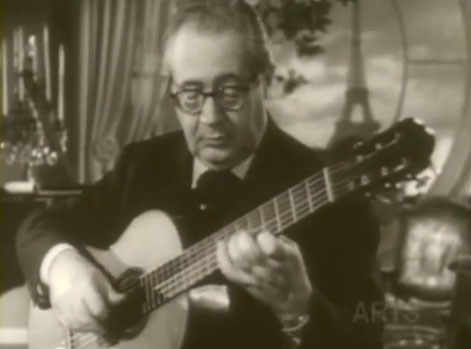 We just acquired an incredibly rare guitar – a 1937 Hermann Hauser I. Most of you already know that Segovia played a 1937 Hauser, and at one point called it “the greatest guitar of our epoch.” This isn’t that guitar, of course (Segovia’s is at the Met in NYC), but it’s the same year. It also has a tornavoz, which is kind of cool. We used this guitar when we recorded our CD Valseana (to be released very soon), on which guitarist Marc Teicholz recorded 18 waltzes on 18 historically important guitars. Be sure to check out the guitar (and hear Marc’s recording), and enjoy these videos I’ve found of Segovia and his 1937 Hauser, which he mistakenly says was made in 1936 – (it has to be a mistake since he so famously played that 1937 one for so long).