The 2022-2023 Dynamite Guitars Raffle is Here. Get Your Tickets For a Chance to Win Great Prizes 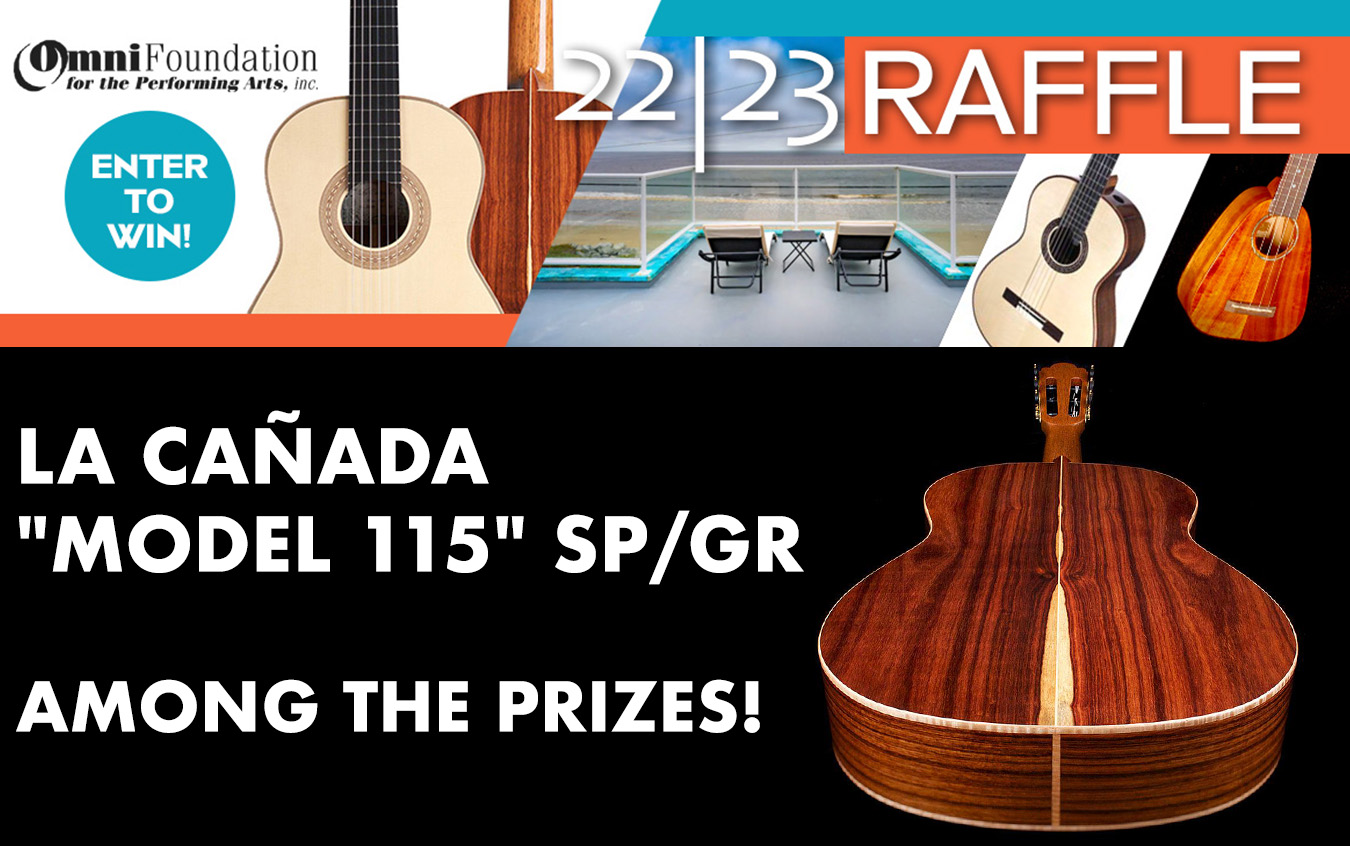 Just like in previous years, GSI has joined as the official sponsor of this concert series. This time, you'll have a chance to win a La Cañada "Model 115" SP/GR donated by GSI and many other exciting prizes. The winners of the raffle will be announced on April 29, 2023, at the concert of Ana Vidovic - the last Dynamite Guitars concert of the 22-23 season.

Omni Foundation Guitar Series has announced the Winner of the GSI prize! See the program for the 2020-2021 season.