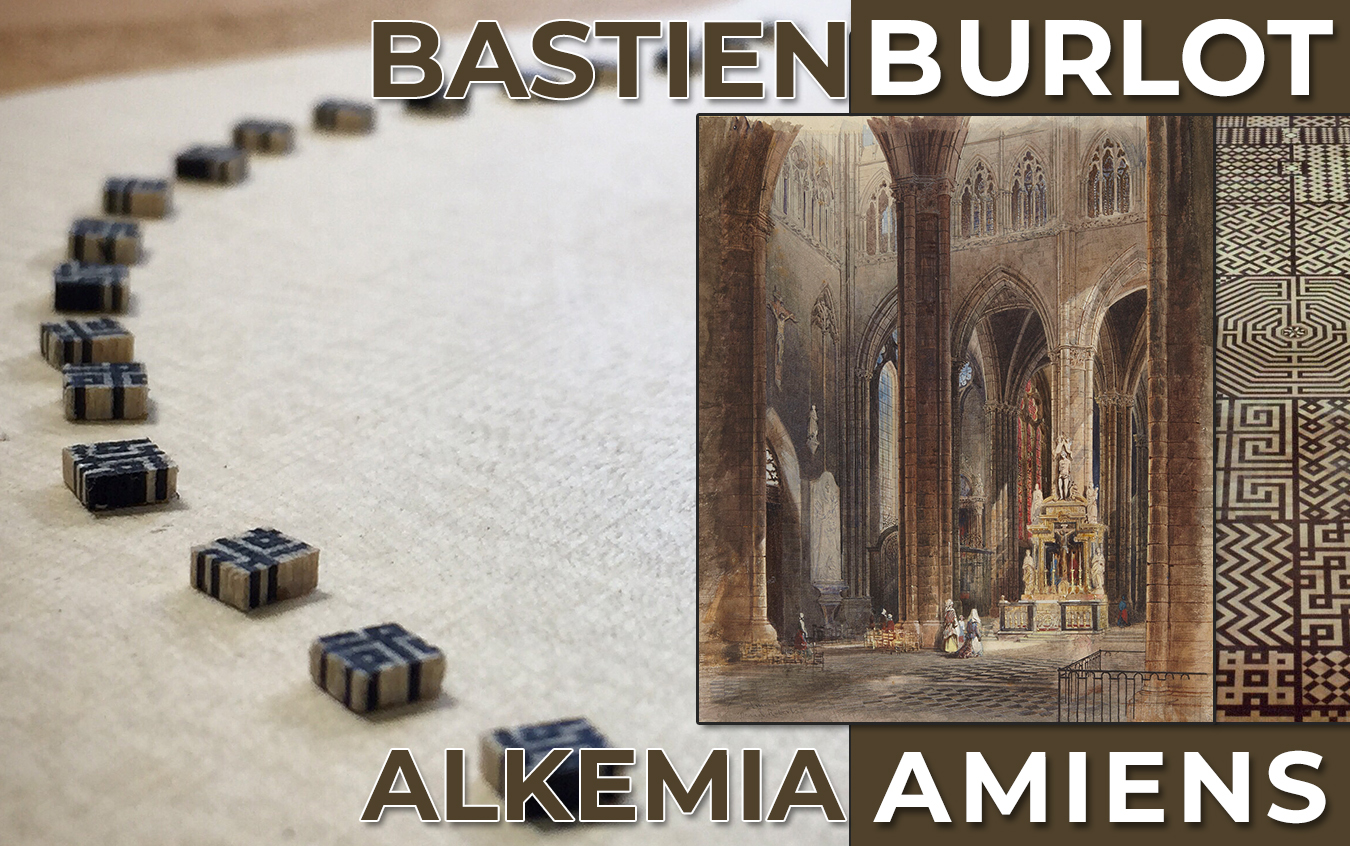 We’ve received some news from French luthier, Bastien Burlot. Bastien is currently working on his second “Alkemia-Amiens” guitar for GSI. This time, Bastien chose spruce wood for the soundboard and African rosewood for the back and sides.

The “Alkemia” series are instruments that derive from Bastien’s inspiration of the great cathedrals of France. Just like the previous GSI guitar which we received from Bastien, this new instrument is inspired by the Amiens cathedral (La Cathédrale d’Amiens). Bastien’s inspiration is particularly visible in the beautiful patterns of the cathedral’s iconic floor, which was originally created in the year 1288 during the late Middle Ages. In the center of this Gothic cathedral’s floor, there is a labyrinth that is linked to the one in the Chartres cathedral by having the same path arrangement and widths. However, it differs from its round counterpart in its octagonal shape. These shapes are clearly visible in Bastien’s rosette, in which Bastien chose 3 patterns of the floor that represent 3 out of 4 elements. Bastien’s idea is to let the musician be the last, 4th element.

Perhaps its best to hear directly from Bastien some of his insights into his “Alkemia-Amiens” model:

“For all specialists in medieval architecture, the cathedral of Amiens represents an absolute masterpiece of Gothic art, of daring design and execution that has provided centuries of admiration. Standing beneath the stone vaulted nave at a height of 43 meters (140 feet) makes us think we are dreaming! The entire Notre Dame de Paris would comfortably fit in this incredible space – Amien’s volume being double that of Paris at 200,000 cubic meters. To get an idea of ​​what such size means, consider that the Arc de Triomphe de Paris is barely taller. In Amiens, we see what at the time was the absolute limit of what was achievable: a few years after the completion of Amiens, the builders of the Beauvais cathedral would try to surpass Amiens in size, only to have the roof partially collapse, leaving Amiens the tallest enduring cathedral in France to this day. So it is with Amiens that Gothic architectures seems to have had found its limit. Concerning the creation of the rosette of this guitar, I chose this time to draw my inspiration from the magnificent floor of the cathedral. A centuries-old tradition attributes to each of the four motifs of the nave pavement the name of one of the four elements. 3 have been integrated into this rosette whose complexity of construction was a real technical challenge. The 4th element will therefore be the guitarist…”

We’ve received some photos of Bastien’s new GSI guitar. Check out the sneak peek gallery below! 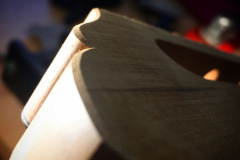 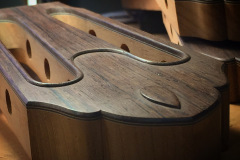 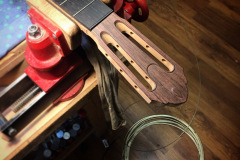 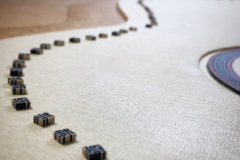 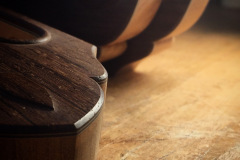 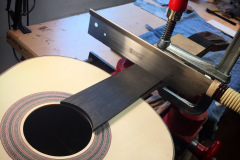 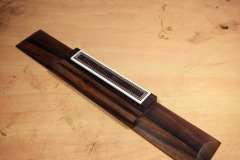 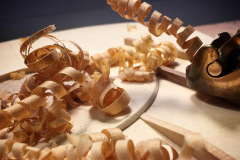