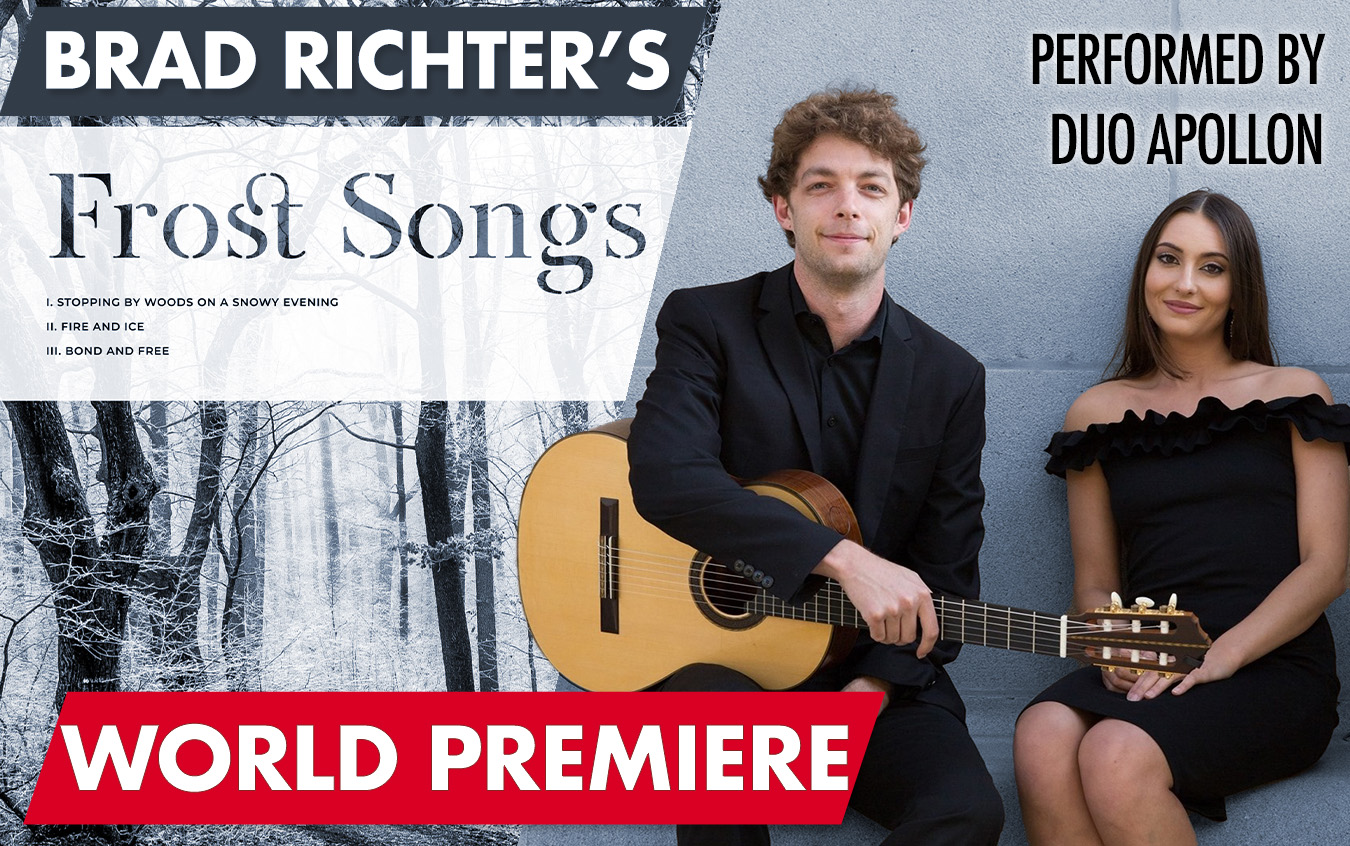 This January has been a month full of world premieres on our YouTube channel. Recently, we've released the world premiere of Leo Brouwer's newest piece for a guitar duo - "Blue Mountains", which was performed and comissioned by the Grigoryan Brothers. It hasn't been long since that event and now we have for you the World Premiere of Brad Richter's "Frost Songs" performed by Duo Apollon (Aaron Haas and Anastasia Malliaras).

If you like this piece, you can purchase a score on Brad Richter's official website (Score Available Here).