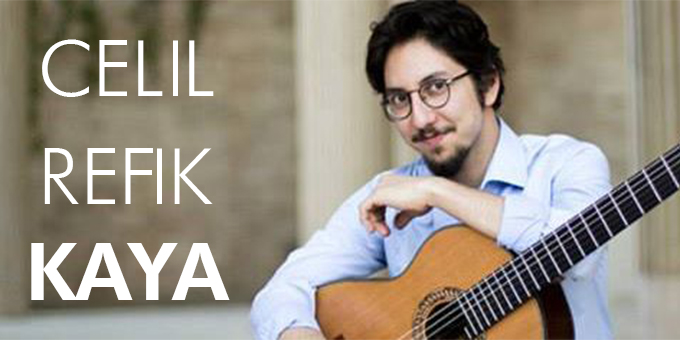 “The clean precision of Kaya’s playing, against the rushing sea of the orchestra, was spectacular and beautiful.” – Sheila Abrahams, NJArtsMaven.com 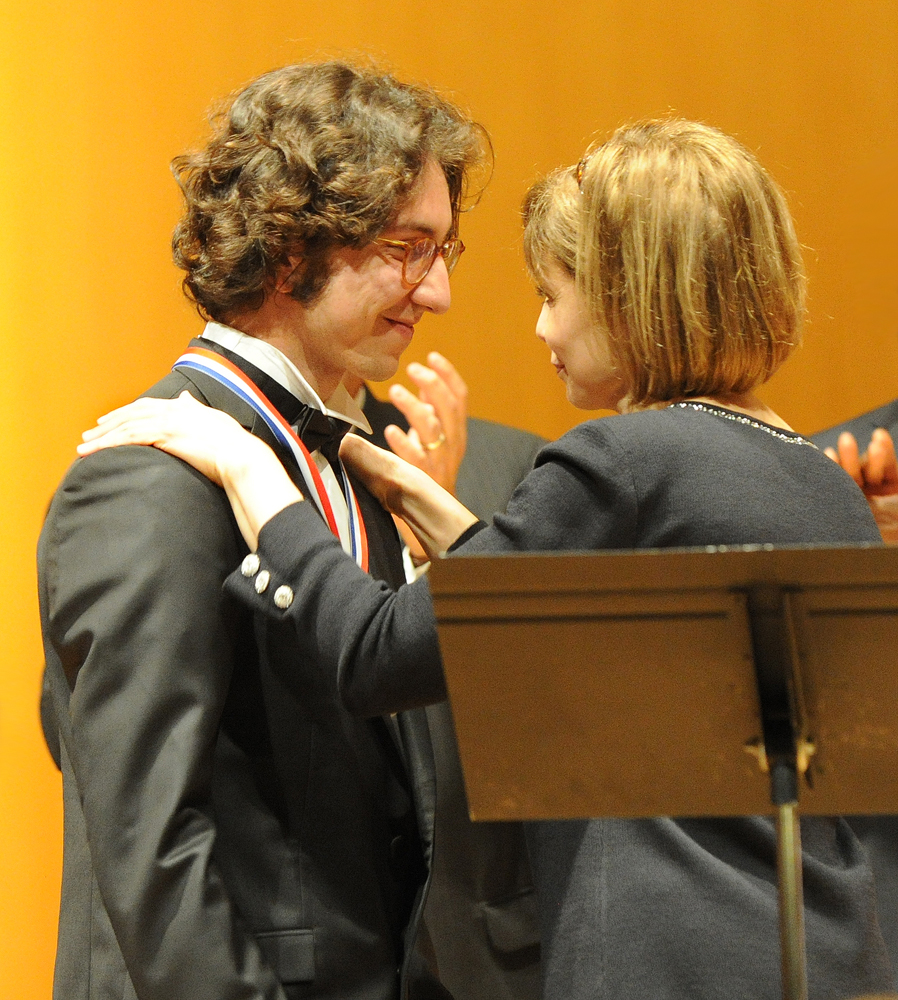 Celil appears as a soloist and international artist touring around the United States and Europe. As a concert soloist, he has collaborated with professional orchestras such as the Buffalo Philharmonic, Istanbul State Symphony, Bilkent Symphony, Round Top Festival Orchestra, Brevard Festival Orchestra and Lake Placid Sinfonietta, with which Celil has gained great recognition internationally. On top of these accomplishments, Celil has also conducted many masterclasses in Music Festivals and Universities throughout the United States and Europe.

As a soloist, Celil works closely with our generation’s great composers including Lowell Liebermann, Jorge Morel, and Roberto Sierra, among many others.

Born in Istanbul, Turkey in 1991, Celil took interest in classical guitar at the age of six with guidance from his father, Dr. Mehmet Refik Kaya. Early main instructors included generation-influenced educators such as Yusuf Doğan Büyüköğüt, Raffi Arslanyan, Soner Egesel. When he was 19, Celil earned his Bachelor Degree of Music from the Mimar Sinan Fine Arts University State Conservatory with the Highest Honor Degree in Istanbul, and was granted the “Excellence” Scholarship from the Turkish Educational Foundation. During his Bachelor’s degree studies, he focused on composition under the tutelage of famous Turkish composer Mehmet Nemutlu.

Celil sought to expand his worldwide image as an artist during the time he pursued his Masters Degree of Music in New York City at Mannes College’s The New School For Music. As a full-scholarship student, he was also awarded Excellence in Performance Awards by the Mannes College the New School for Music. Celil has proudly studied with Michael Newman (the disciple of Andrés Segovia, Oscar Ghiglia and Albert Valdes Blain) as well as private studies with Grammy award-winning guitarist Sharon Isbin. During the pursuit of his Master’s degree, he studied composition with renowned guitarist-composer Frederic Hand as well. Celil is currently receiving the Harrington Fellowship as a teaching assistant at the University of Texas at Austin’s Butler School of Music, where he is also a candidate of Doctoral Degree of Musical Arts in his 3rd year. There, he studies in the studio of prestigious guitarist, Adam Holzman.

“His playing, which was concentrated yet seemingly effortless, created waves of melody and harmony that seemed to hypnotically wash over packed audience in Mayo Concert Hall.” – Zachary Sclar, The Signal 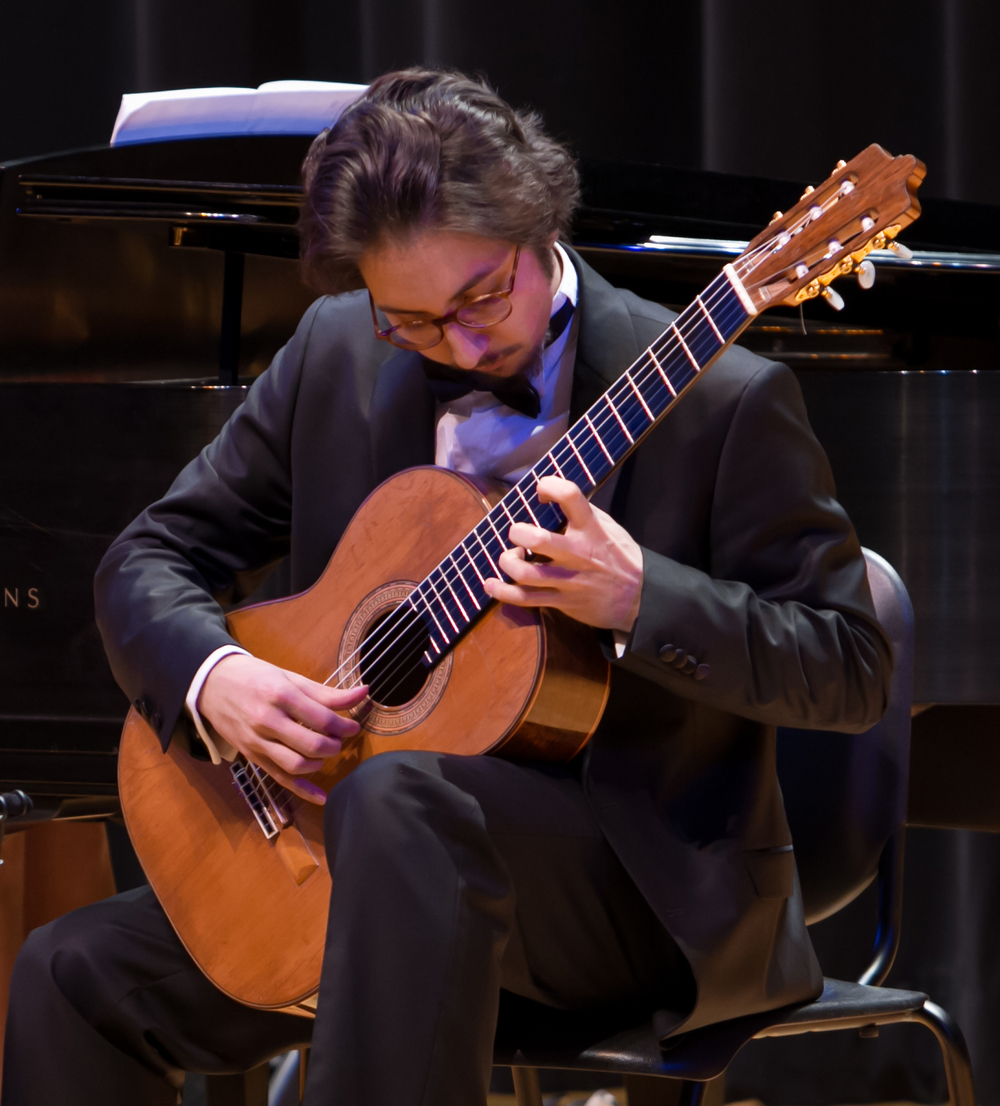 Celil has performed in some of the most prestigious concert halls and the festivals around the United States including solo recital, concerto performances and master classes for the D’Addario Performance Series at Carnegie Hall, The Frick Collection Museum in NYC Summer Artists series, New York Guitar Seminar Festival at Mannes College, Round Top Festival in Texas, Brevard Music Festival in South Carolina, Raritan River Music Festival, as well as numerous radio broadcasts and concert performances throughout United States and Turkey.

Famous composer Jorge Morel’s ‘Prelude and dance’ and a guitar concerto written by Leonard Handler were dedicated to Celil Refik Kaya.  Besides a concert soloist, Celil is also known as an avid composer, having almost 100 pieces to his credit, including works for solo guitar, violin, piano, string trio, duets and sonatas.

Impressions on Segovia’s 1969 José Ramírez 1a “AM”