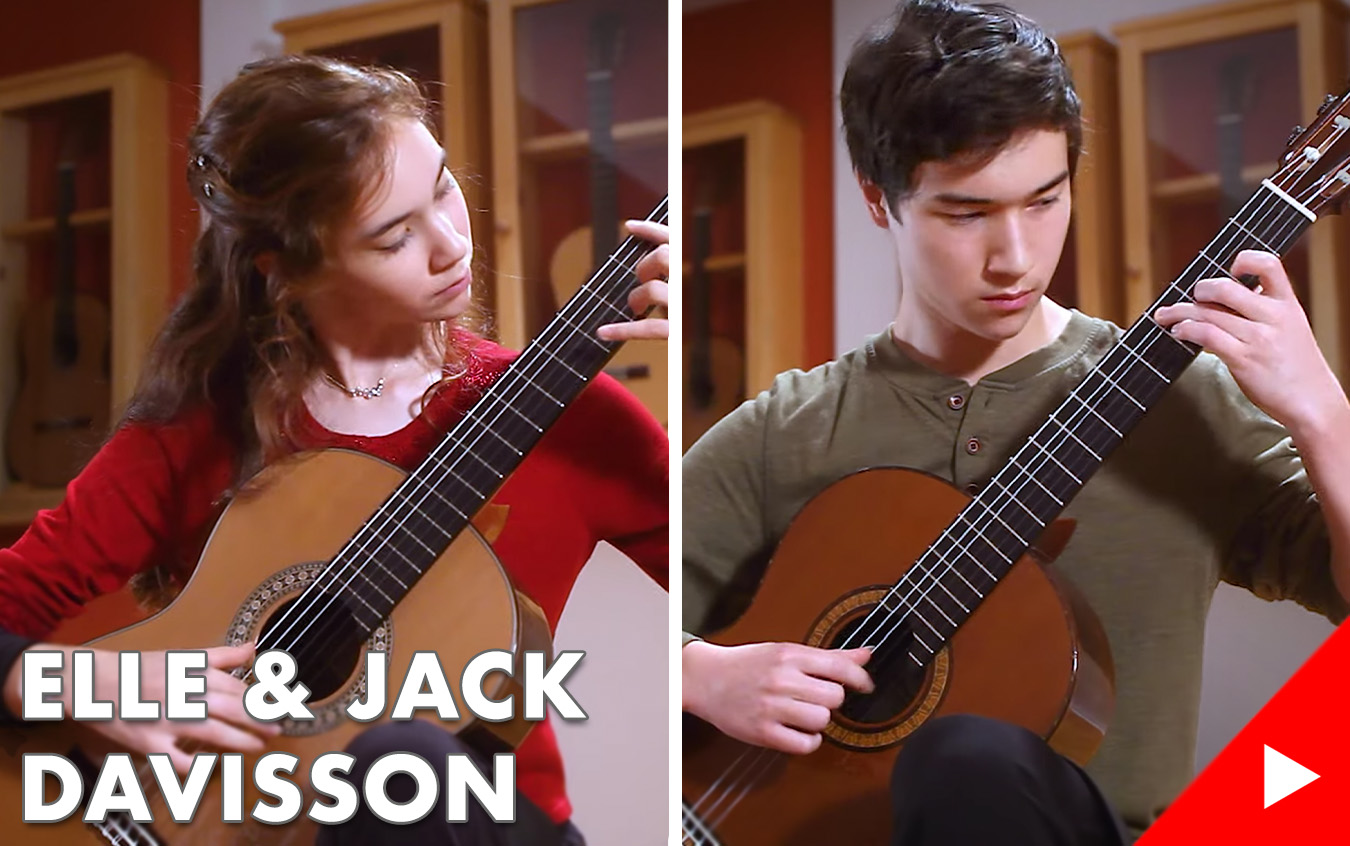 Recently, we had two new fantastic players recording in our showroom. Despite their young age, siblings Jack (16 y.o.) and Elle Davisson (14. y.o.) have already become D'Addario Artists and are performing the repertoire played by guitar virtuosos.

Jack and Elle Davisson are from Palo Alto, California, where they study at the California Conservatory of Music under the tutelage of Christopher Mallett. Since 2017, they've also been playing as a duo. Together, they won second prizes at the 2017 and 2018 GFA Small Ensemble Youth Competition.

Elle recorded four pieces in our showroom. She started with Heitor Villa-Lobos' "Étude No. 7" recorded on a 2021 Pavel Gavryushov. Next, she performed "Tarde", "Cantiga" and "Saltitante" from Sérgio Assad's "Seis Brevidades". She recorded this respectively on a 2020 Hermanos Camps "Torres", 2021 Lucas Martin, and 2022 Otto Vowinkel "2a".

Check out their videos below!