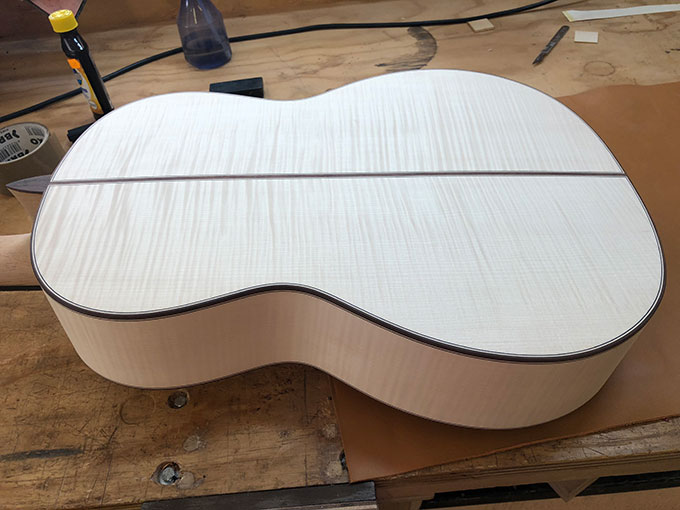 I was visiting my good friend Stephen Hill, who lives and works in La Herradura, a beach town south of Granada, and he had just finished preparing a spruce and maple model 2 classical to send off to be French polished, so I took some pictures of the guitar and then ran it over to Antonio Ariza, whom you can see in the photo below. Antonio is the son of the luthier of the same name, who used to have his shop on the Cuesta Gomerez and whose guitars I used to covet back in the day. Antonio the son is one of the few polishers in Spain who work on a huge amount of guitars for luthiers all over the country and he does an absolutely fantastic job. The guitar will take a few weeks to polish and will be on its way to GSI sometime late Summer. 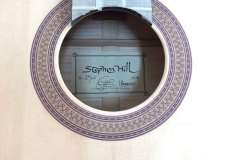 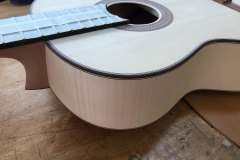 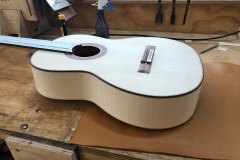 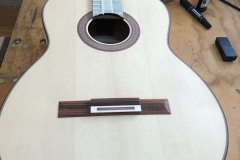 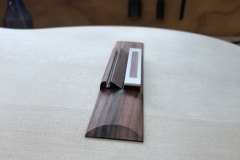 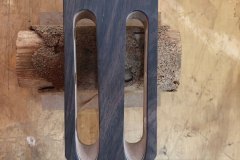 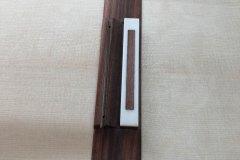 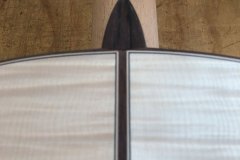 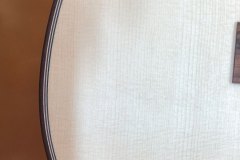 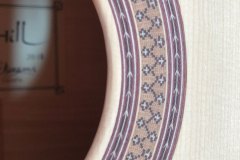 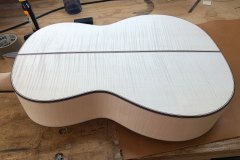 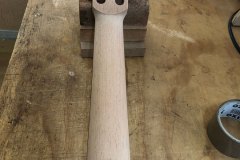 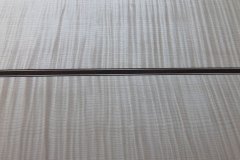 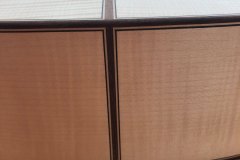 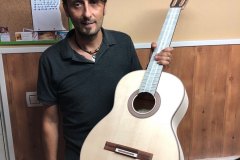 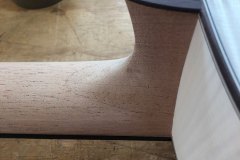 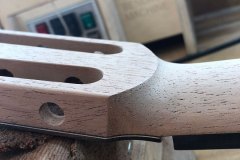