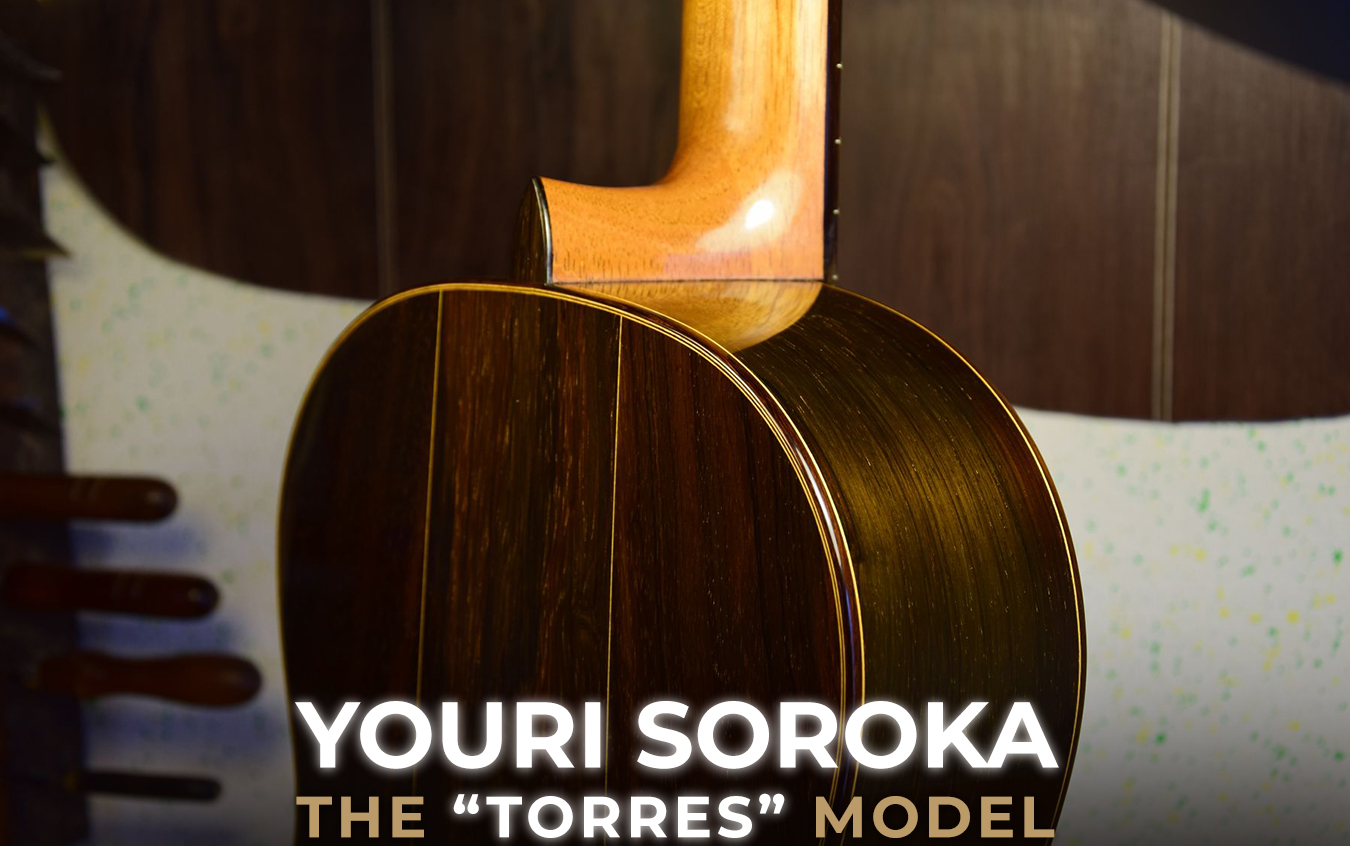 French-Ukrainian luthier, Youri Soroka, has shared with us some photos of the newest guitar he built for GSI. Check out the sneak peak gallery below!

It has been a very busy year for Youri Soroka who is about to ship his fourth guitar to GSI this year. As a luthier, Youri has been in the spotlight over the past few months as he was featured in the popular French magazine, La Montagne, where he described his journey from starting as a computer scientist to becoming a guitar maker and his philosophy that guides his craftsmanship. Youri was also featured in a French guitar magazine – Guitare Classique #93. In this article Youri shared his insights into building his very successful “Torres” model. Both articles have been translated into English and have been published on our website thanks to the courtesy of La Montange, Guitare Classique and Youri Soroka himself.

Read: From a Computer Software Developer to a Luthier: Youri Soroka from Orléat (Puy-de-Dôme) builds classical guitars for the thrill of playing them!

Read: Youri Soroka: The Insights into Building the “Torres” Model.

Youri’s new “Torres” model guitar looks beautiful! The wood used for the three-piece back has very subtle greenish shades (especially visible on the center piece) which inspired Youri to use his green dye for the inlay and the rosette – just like in his previous GSI guitar (2020 Youri Soroka SP/CSAR). Youri also told us that the guitar is very light; it’s only 1170 grams if you count the bare wood and around 1300 grams total. The body’s frequency is set between E and F. The trebles are bright, yet lyrical at the same time with a high sustain all the way up to the 19th fret.

Check out the sneak peek photos which we’ve got from Youri! Beautiful. What are the woods of the back and sides that make it so light? What is the top, a spruce? I may be saying this wrong but How do you set the resonance of the body to a particular frequency? And the last question, how much will this bad boy be?