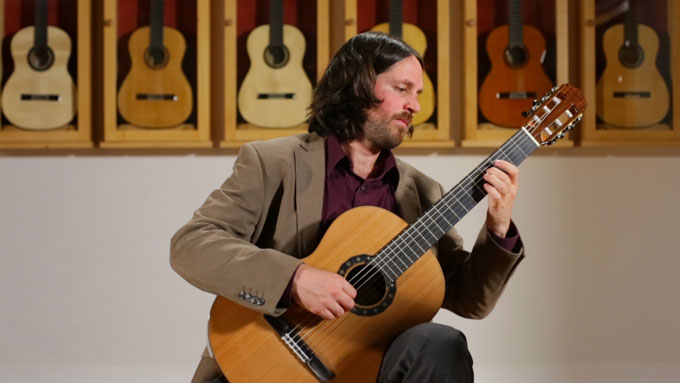 Jacob Cordover was in town recently and came in to shoot some video with us. In addition to his solo career, Jacob is duo partner of fellow Australian Rupert Boyd, who also came in recently. In July Jacob will release his new CD Expresivo on Cala Records, which will include the pieces he plays here. Jacob plays Granados’ Spanish Dance No. 5 on the 1969 Jose Ramirez that Segovia owned and played from 1969 to 1980, and Barrios’ Vals Op. 8, No. 4 on a great 1994 John Gilbert. Both guitars are from the Russell Cleveland Collection.