Ignacio Fleta was born in Huesa del Común, in the province of Teruel (although many biographies mistakenly have him born in Huesca), Spain on July 31st, 1897, into a family of cabinet-makers – an auspicious beginning for one destined to become a fine instrument builder. In childhood, he apparently showed great aptitude for music, as there are reports that by the age of 8 he was able to play both the bandurria and guitar proficiently. Formal instrument-making studies began at the age of 13, when he left home for Barcelona with his 2 older brothers, Manuel and Bienvenido. He began studying violin, cello and bass-viol construction, largely in the French tradition, from a series of established masters, including Benito Jaume, Etienne Maire and Philippe Le Duc from France. Principles of this training remained with Fleta over the entire course of his life, and his guitars were always constructed using the ‘violin’ method, which utilizes the technique of attaching the neck to the completed soundbox, as opposed to the ‘Spanish’ method, where the neck is attached to the sides at the outset of construction. 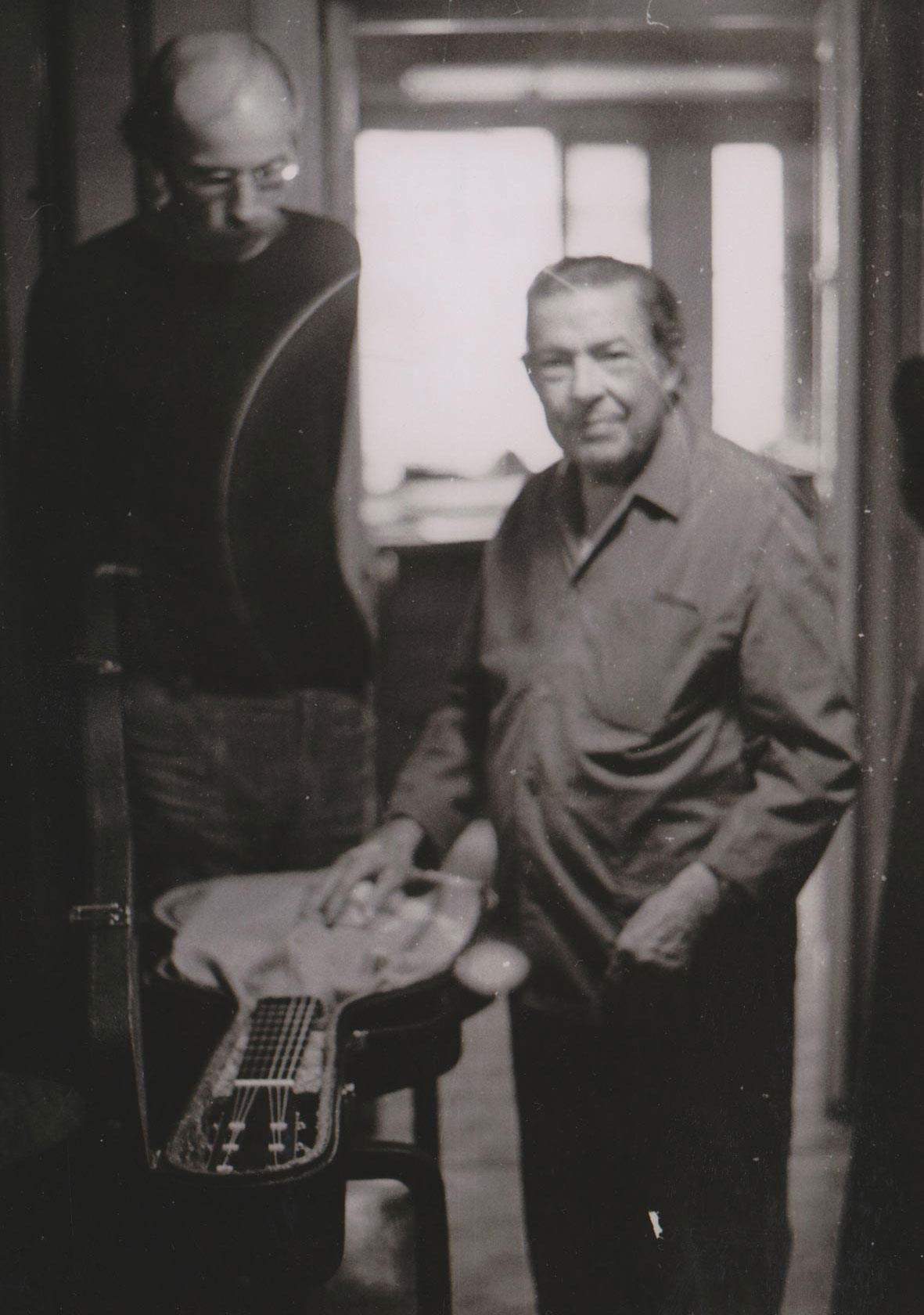 In 1915, the three Fleta brothers established their own firm, building mostly violins and cellos. In 1927, Ignacio left the family business and opened his own workshop in Barcelona. It was there that Fleta would dabble in his first serious guitar making ventures, likely as a result of having seen and repaired the many Torres guitars which were circulating in Barcelona at the time. It is even known that in 1936, Fleta made a copy of Francisco Tarrega’s 1864 maple Torres after it passed through his workshop. Another fortunate event occurred between 1939 and 1945, when Fleta was commissioned to reproduce a collection of antique instruments for the musical society ‘Ars Musica’. The collection included the gothic harp, fiddle, lute, vihuela, and other instruments including the modern classical guitar. Fleta’s appetite for guitar construction was further whetted in 1955, when he heard Segovia in a radio program playing all Bach. The experience was so pivotal that he decided to devote the rest of his life exclusively to the art of guitar making. He built Segovia’s first guitar in 1957 (Segovia, in the course of time, would order and purchase two others). By 1958, he was receiving orders from other young artists, most notably John Williams, who would eventually become one of his largest champions. In the years to follow Fleta guitars would become among the most recorded and concertized – a short list of players would include Alirio Diaz, Turibio Santos, Carlos Bonell, Marcelo Kayath, Jorge Morel, Adam Holzman, Dagoberto Linhares and many others.

It was at this time that Fleta sought to more clearly define his personal style. Developing almost in parallel with Hauser II and José Ramírez III, he gradually moved away from the pure, lightweight Torres design, increasing the overall mass and stiffness of the entire instrument. This was primarily done by enlarging the proportions of the body, most notably in the bouts, as well as by adding braces internally (his tops eventually had 9 fan struts and 4 harmonic bars – 2 upper and 2 lower, while the back had an added 4th transverse brace). These modifications are now trademark qualities that have become associated almost uniquely with Fleta. This added stiffness and mass to the instrument became popular among concert players performing in increasingly large venues, as it provided a thicker, denser, more ‘heavy’ quality to the sound. The tone from these instruments had a way of penetrating deeper into bigger concert halls, giving recitalists greater reassurance from the added power. Fleta gradually began favoring the use of cedar for his soundboards, and by the early 1970’s he was working almost exclusively with cedar. Along with Jose Ramirez III, Fleta is regarded as one of the great cedar builders in history. Despite Fleta’s progressive modifications to the basic Spanish guitar design, he remained positively traditional in many ways. For example, his polish was considered very old-fashioned yet extremely sophisticated, as he utilized a formula adopted from his violin and cello training. Fleta finishes are still highly respected among contemporary luthiers, although very few admit to have the ability or patience to reproduce it themselves.

Ignacio Fleta died in Barcelona on August 11th, 1977. The workshop remained open, and great guitars continued to be produced by his sons Gabriel (b. 21 December 1929) and Francisco (b. 22 July 1925, now retired). To this day, a lengthy wait-list of 20 years is still tended by Gabriel’s son, Gabriel Jr. and so the Fleta legacy lives on, now in its third generation.