Marco Bortolozzo’s guitar featured for the first time at GSI! 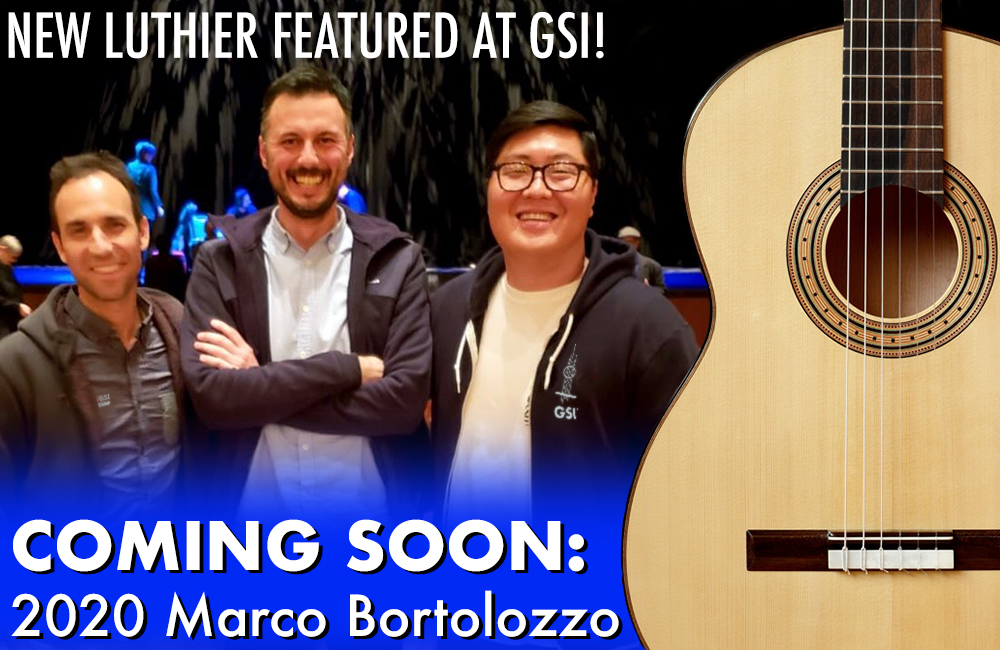 We’re happy to announce that we’ll feature a new luthier at GSI – Marco Bortolozzo! We have for you some sneak peek photos of the very first instrument from this guitar maker which will soon be on its way to GSI.

Marco Bortolozzo has been building guitars since 2010. He has shown great guitar making skills since the very beginning. Marco’s guitar heading to GSI is inspired by Antonio de Torres. It’s remarkable how much it looks like a Torres, especially the head, heel and bridge. As you can see in the photos, Marco used spruce for the soundboard and maple for the back and sides. We’re looking forward to playing this guitar! 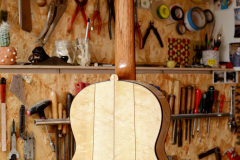 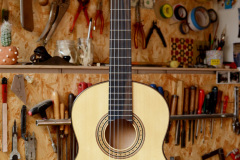 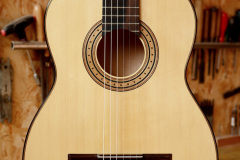 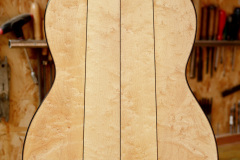 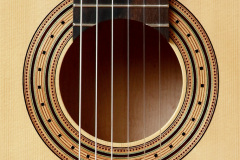 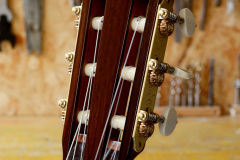 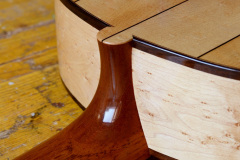 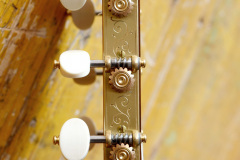 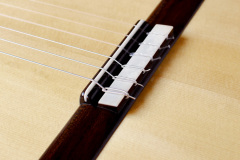 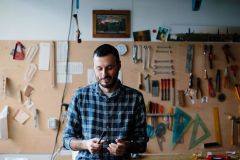 Since this is going to be Marco’s first instrument at GSI, we would like to tell you more about him.

When Marco was 14 years old, music became an indispensable thing in his life and like many teenagers Marco studied guitar and started playing together with friends.

During this time, for every 20 guitarists there were 2 bass players and 1 drummer. Therefore, this led Marco to embrace the electric bass. Initially, he borrowed one, then built his own – this was the first musical instrument that he ever made.

Years went by and Marco enrolled in a university to study industrial design. These years had been fundamental for his training as a luthier, because he learned about production processes and design stages. Marco learned about the materials and processes that go into making a product. He lived for 5 years in a fantastic environment, surrounded by friends who were passionate about the most varied forms of creativity.

Towards the end of Marco’s studies, he realized that guitars don’t just come out of factories, but that there are also craftsmen who manage to live building splendid musical instruments. So Marco decided to go and meet one; He chose a luthier at random from the yellow pages and the next day he met Dario Pontiggia.

Dario immediately proved to be very kind and shared the story of Antonio De Torres. After an hour of conversation Marco Bortolozzo understood that being a luthier is what he wanted to do in life.