More Ancient Wood in yet another Blochinger guitar 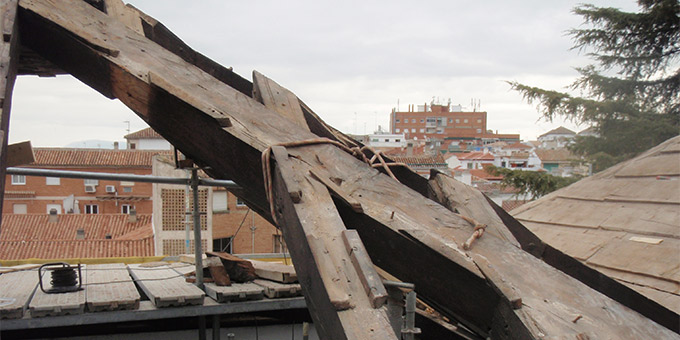 This is the second of two instruments that Edmund Blöchinger built nearly side-by-side, using a flitch set of CSA for the back and sides, but using two different (and equally ancient) tops for each one. A couple of weeks before this instrument arrived, we had received the first of these, his “Dome” guitar with the sister set of back and sides to this pine, which itself has its own incredible back-story that you can read here. But let us turn to this pine-topped instrument, which is an entirely different marvel unto itself also with its own compelling background. 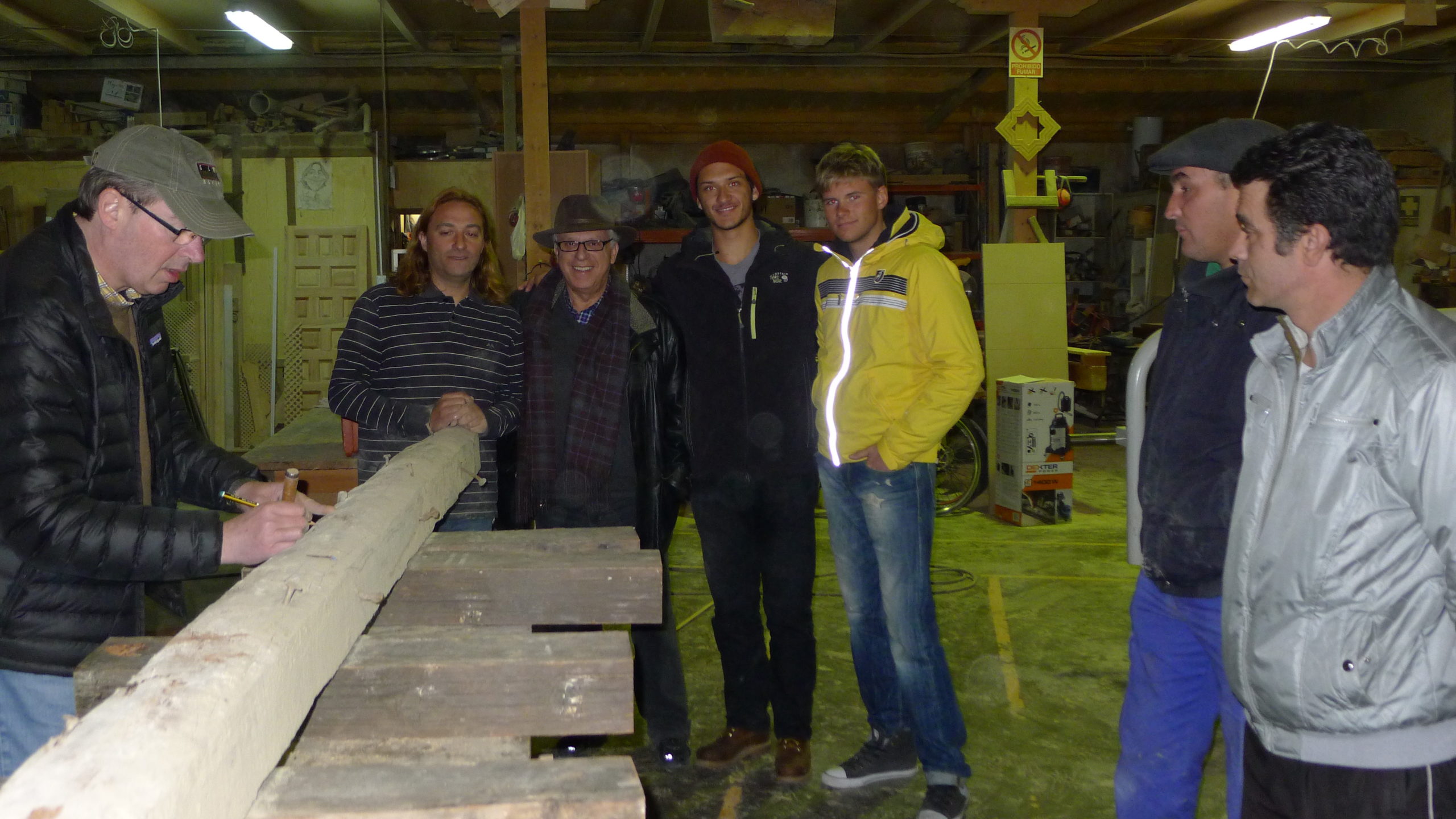 In 2013, the great guitarist Pepe Romero was having renovation work done to his second home in Granada, Spain. His carpenter, Paco Montañez was working on another job – restoring the roof of the “Hospital Real”, which was built in 1492 (yes, the same year that “Columbus sailed the ocean blue”) as a part of a series of building projects initiated by Queen Isabel I of Castile and her husband King Ferdinand II of Aragon to celebrate the defeat and expulsion of the last Moorish ruler, Boabdil in the 10-year “War of Granada”. After 521 years of supporting the roof of this hospital, it was finally time to replace the pine beams in the structure. Paco Montañez told Pepe Romero about this ancient wood and suggested that parts of it be used for some of the decorative elements in his home including the steps of his tiled staircases, and some of the fittings in his kitchen. Blöchinger was visiting Pepe at this time and was also able to see this wood as well. He was stunned at what he found, and, after having the chance to evaluate the wood, determined that this could be incredible material for use in a guitar soundboard. Pepe Sr. made the arrangements and secured enough wood that was shared evenly between his son (luthier Pepe Romero Jr.) and Blöchinger. Even though Pepe Jr. was not in Montañez’ workshop when Blöchinger was evaluating the wood, Blöchinger’s son, Florian, and Pepe’s grandson Bernardo were there (and they are now both guitar makers!) With the wood that was evaluated, there was just enough usable material suitable for soundboard construction so that each builder would be able to make about 3 guitars each. 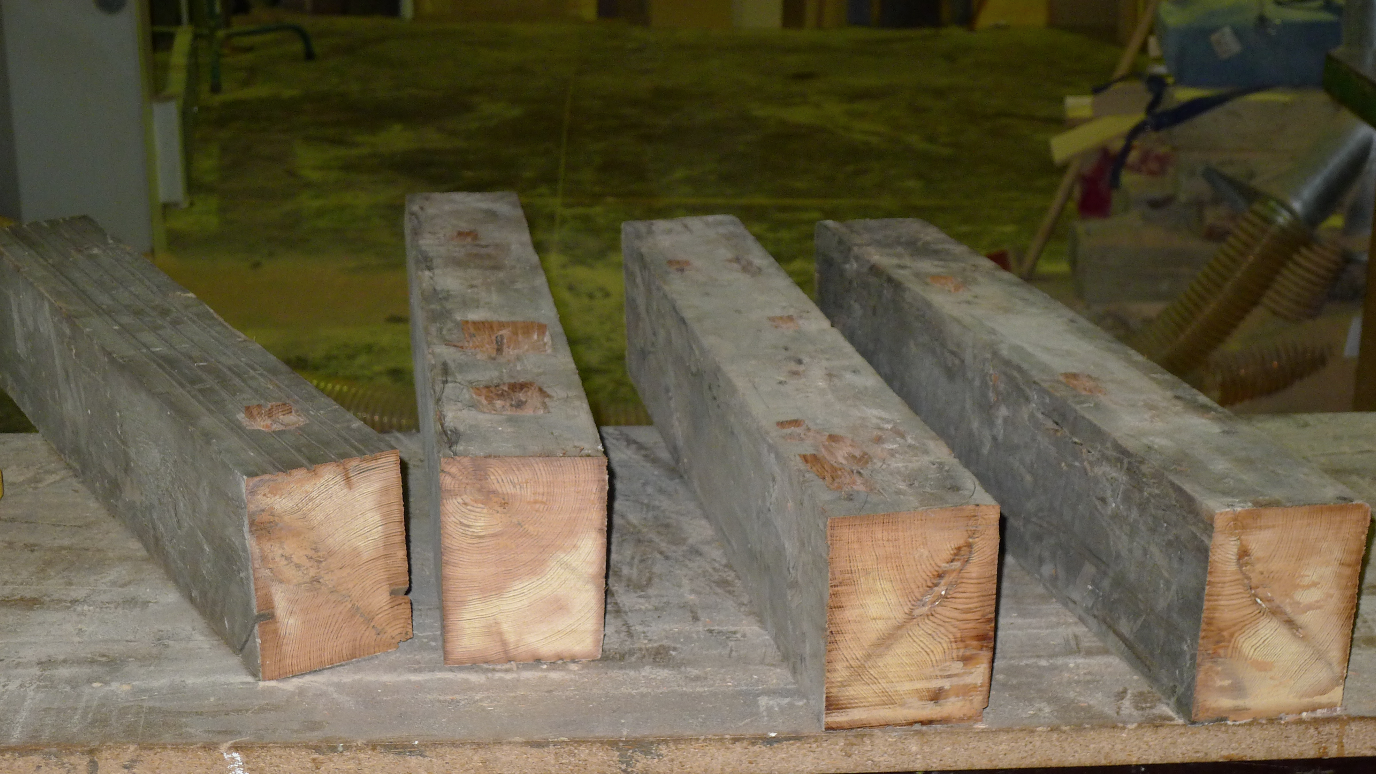 Pine is a very difficult material to source for guitar making since it requires many decades of aging and drying to be usable – much longer than spruce. There is an enormous amount of sap in pine (which is precisely the desirable ingredient in the wood for tone production – but ONLY after it has dried and fully crystalized) and so this unfortunate reality makes it very unpractical, if not impossible to source easily for use. This is why it is so rarely seen in guitars despite its very desirable sound qualities. There are several examples of absolutely magnificent pine instruments, including this 1890 Torres, which we had just a few years ago. Pepe Romero himself also owns a pine Torres from 1856 (which has a handwritten date of 1812 on the underside of the top, meaning it would have been over 40 years old when Torres built the guitar). Pepe has used that guitar in live concerts (including concerto work with orchestra) and for two commercial recordings, the second of which is about to be released.

Guitars with pine soundboards are very rare, but they are absolutely fantastic when all the elements come together – age of the wood, and of course the hand of the maker. Thanks to the Romero family and Edmund Blöchinger for this extraordinary experience!