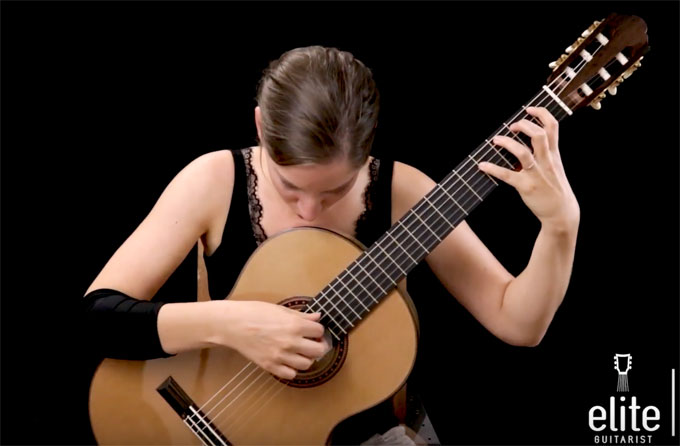 German-born guitarist Ines Thomé is a multifaceted musician who performs internationally as a solo and chamber musician. Ines maintains numerous chamber projects and is currently playing with violinist YuEun Kim as a winner of the Beverly Hills National Auditions. She is the electric guitarist and arranger of the recently founded Sunset Club Trio, which explores new sound dimensions for violin, flamenco guitar and electric guitar. Ines’ duo “Gifts from over Sea”, with soprano Katina Mitchell, won the Ensemble Outreach competition at USC and played more than 30 concerts over the past months, including a tour to Italy and Germany in summer 2015. She was invited to join the Colburn Orchestra, conducted by John Adams, and Matthias Pintscher and the USC Symphony Orchestra in Walt Disney Concert Hall, conducted by Carl St. Clair. When not playing guitar, Ines enjoys performing continuo on lute, theorbo, and baroque guitar and recently joined the USC opera in Handel’s Alcina. 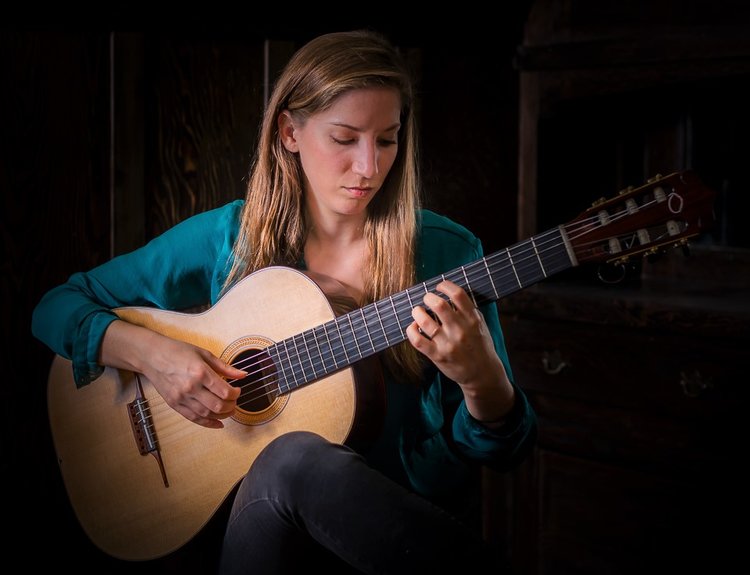 Ines earned a Master of Music from Stuttgart State University of Performing Arts in Germany. She is currently a student at USC’s Thornton School of Music where she will be graduating with a Doctor of Musical Arts in guitar performance in May 2018. Ines is a faculty member for classical guitar at Riverside City College.

Ines Thomé is supported by grants from the “Kogel & Schmidt foundation”, the “Yehudi Menuhin Live Music Now” foundation in Frankfurt, the Gluckfellows program at USC and from the “Society of Friends” of the Stuttgart University of Music and Performing Arts.

Ines Thomé’s biography is borrowed from her website, where you can find out more about her past and current projects, upcoming concerts and much more.