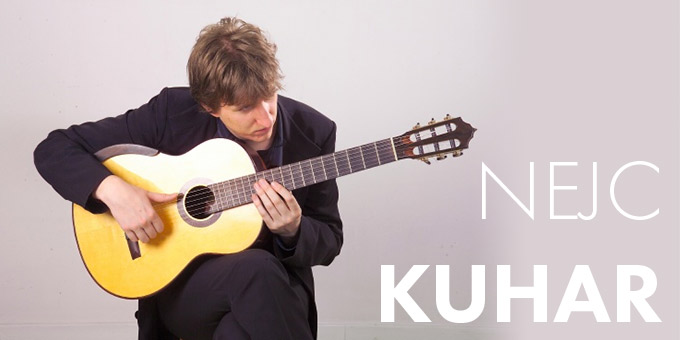 Nejc Kuhar finished his Masters degree (with honors) in guitar and composition in Vienna, studying the guitar under Alvaro Pierri and composition under Dr. Reiner Bishof and Professor Christian Minkowitsch. Since 2015, Kuhar teaches guitar at the Music Academy in Vienna while also teaching at the Frankfurt Music School since 2013. 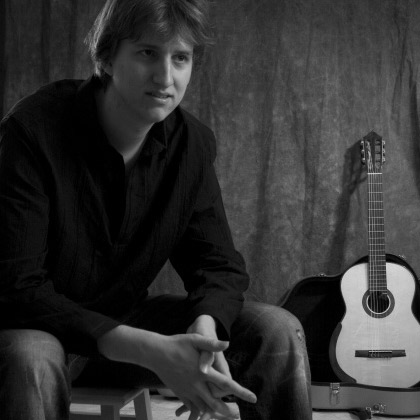 As a guitarist, as well as a composer, he has won numerous prizes including 1st prizes in Germany, China, Italy, Turkey, and the US amongst others. Kuhar was also scholarship holder of Slovenian Culture Ministry and a scholarship recipient of the Gallus Foundation.

His music has been performed by himself and other musicians in prestigious venues such as the Musikverein and Konzerthaus in Vienna, Washington National Gallery of Art, Rachmaninov Hall of the Moscow Tchaikovsky Conservatory and the Slovene Philharmonic Hall. His commissions include those by the Washington National Gallery of Art, Frankfurt Universität für Musik und darstellende Kunst, LiGITa festival, Hong Kong and Sarajevo Guitar Festivals, guitarist Mak Grgić, organist Stephen Ackert and others.

Kuhar’s works have also been published by the renowned publishing houses, such as Les Production d’Oz (Canada), Trekel (Germany) and Berben (Italy), some of which are recorded on his debut CD with the ZKP Label entitled “String modulations”, featuring guitar virtuoso Mak Grgić.

Kuhar is regularly performing solo concerts, teaching master classes, as well as being member of juries on various international guitar festivals (LiGiTa in Liechtenstein, Forum Wien, Taiwan Guitar Festival, Sarajevo, Seckau, Postojna Guitar Festival in Slovenia). His concerts have a special charm and uniqueness due to his interpretations of his own compositions.