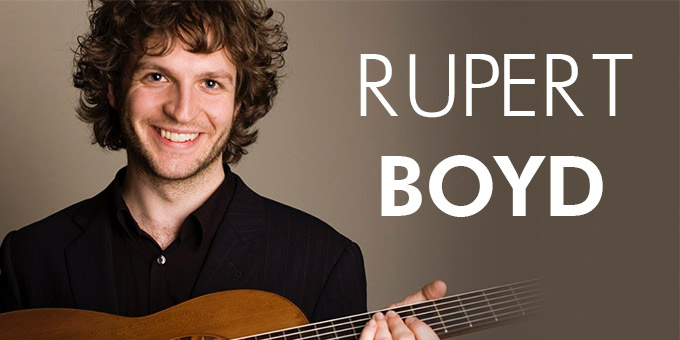 New York-based Australian classical guitarist Rupert Boyd is acclaimed as one of the most talented guitarists of his generation. He has been described by The Washington Post as “truly evocative,” and by Classical Guitar Magazine as “a player who deserves to be heard.” His performances have taken him across four continents, from New York’s Carnegie Hall, to the Barcelona Guitar Festival in Spain, Strings-139 Festival in China, Gharana Music Festival in Nepal, and every state and territory in mainland Australia.

“Remember the name Rupert Boyd. While there may never be another classical guitarist like Segovia, this young Australian left his Marlow Guitar Series audience with the impression that someday there may not be the likes of him again, either.” – THE WASHINGTON POST 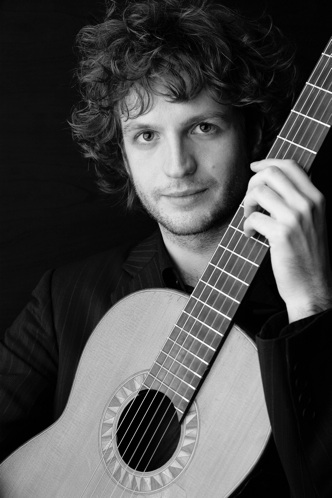 In New York, Rupert Boyd has performed at the Metropolitan Museum of Art, the New York City Classical Guitar Society, Merkin Concert Hall, Trinity Wall Street, Bargemusic, SubCulture, and with a diversity of groups such as New York Festival of Song and Moving Theater Dance Company.

Rupert Boyd’s debut recording Valses Poéticos received the following review in the UK magazine Classical Guitar: “The performances that Boyd gives here are first-rate… Even the Bach is one of the best of its kind.” Soundboard, the Guitar Foundation of America’s quarterly publication, gave the CD the following review: “Boyd’s playing is beautifully refined, with gorgeous tone… musically and technically flawless… the album is first-rate.” Soundboard also described the eponymous work by Granados as “one of the best recorded performances of this work on guitar.”

Active as both a soloist and chamber musician, Rupert Boyd regularly performs throughout the world as half of the Australian Guitar Duo with guitarist Jacob Cordover. The duo has performed throughout the world, including appearances in the United States, France, Spain, China, the Philippines and all throughout Australia. The duo was a prizewinner of the Chamber Music section of the Australian Guitar Competition, and their debut CD Songs from the Forest was released in March 2012 and was described as “wonderfully entertaining” by Classical Guitar Magazine, and “very impressive” by Soundboard Magazine.