Artistic director of 92nd Street Y’s Art of the Guitar series since 2006, chair of the guitar department at the Yale University School of Music and artistic director of the bi-annual Yale Guitar Extravaganza since 1985, Benjamin Verdery is hailed for his innovative and eclectic musical career.

Ben Verdery has released more than 15 albums, his most recent being Happy Here with William Coulter; and Branches, featuring works of Bach, Strauss, Jimi Hendrix, Mozart and the traditional Amazing Grace. His CD, Start Now, won the 2005 Classical Recording Foundation Award, while other recordings of note include Some Towns & Cities and his collaborations with John Williams (John Williams Plays Vivaldi) and Andy Summers (First you Build A Cloud). Future recordings include one featuring Yale composers and one featuring his classical guitar arrangements: Randy Newman, Neil Young, Prince, Hendrix, John Lennon, Eddy Vedder, The National, Cream, Elvis and others yet to be arranged.

Many of the leading composers of our time have created music for Ben, including Ezra Laderman, Martin Bresnick, John Anthony Lennon, Anthony Newman, Roberto Sierra, Van Stiefel and Jack Vees. Of particular note was the commission by the Yale University Music Library of a work by Ingram Marshall for classical and electric guitars. Ben Verdery and Andy Summers premiered the work, Dark Florescence, at Carnegie Hall with the American Composers Orchestra. In 2012, the two guitarists appeared at the annual Amsterdam Electric Guitar Heaven. 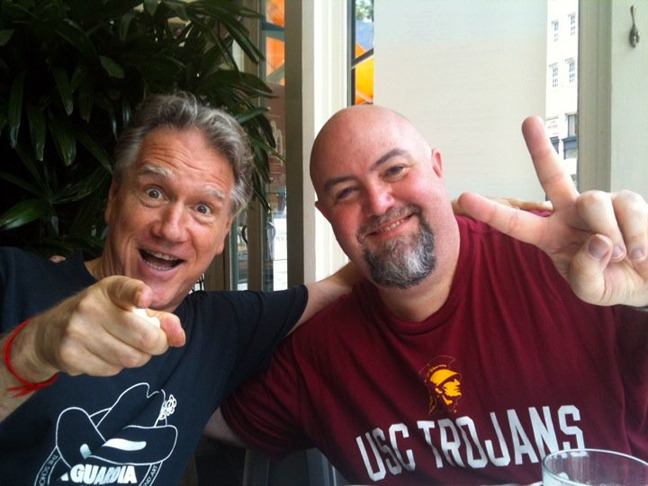 Benjamin Verdery is also a prolific published composer in his own right with many of his compositions having been performed, recorded and published over the years. In 2012, he was commissioned to compose two works: Penzacola Belongs To All, commissioned by the Pensacola Guitar Orchestra in celebration of their 30thAnniversary (premiered in Pensacola October 2012) and Stand in Your Own Light for guitar and koto, commissioned by the Kyo-Shin-An Arts with funding from the New York State Council for the Arts (premiered in New York City November 2012). In 2010, The Assad Duo premiered Ben’s work, What He Said. Commissioned by the 92 St Y, the work is dedicated to the late luthier Thomas Humphrey.

Other recent works have included Now and Ever (for David Russell, Telarc), Peace, Love and Guitars (for John Williams and John Etheridge, SONY Classical), Capitola (John Williams, SONY Classical) and Give (for eight guitars). This last was composed specifically for Thomas Offermann and the guitar ensemble of the Hochschule for Music and Theatre (Rostock, Germany) and dedicated to the memory of U.S. Senator Edward Kennedy. Ben’s Scenes from Ellis Island, for guitar orchestra, has been extensively broadcast and performed at festivals and universities in the United States, Canada, New Zealand and Europe, and the Los Angeles Guitar Quartet included it on their CD, Air and Ground (Sony Classical).

Doberman-Yppan (Canada) is currently publishing his solo and duo works for guitar, and Alfred Music distributes the solo pieces from Some Towns & Cities as well as instructional books and video. Other compositions are available at Ben’s web site. Most recently, Wake Forest University has asked Ben to compose a new solo guitar work based on a poem by Pablo Neruda for its homage to Pablo Neruda in September, 2014, and later in 2014 Ben will finish scoring the documentary film Corida Goyesque, an art film about, among other things, the role of the bull in art.

In 2007, Ben was appointed an honorary board member of the Suzuki Association of the Americas, and the summer of 2014 marked the 15th anniversary of his Annual International Master Class on the island of Maui.