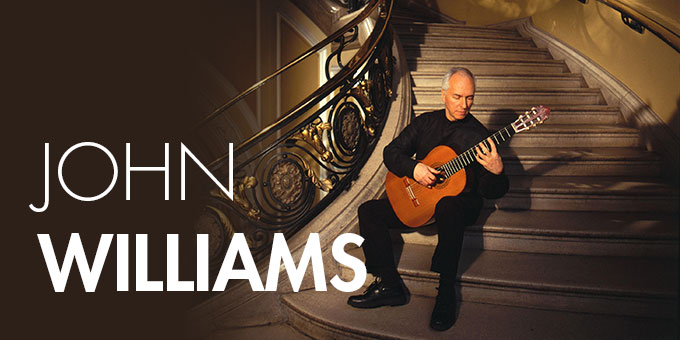 John Christopher Williams is an Australian-born classical guitarist renowned for his ensemble playing as well as his interpretation and promotion of the modern classical guitar repertoire. In 1973, he shared a Grammy Award win in the Best Chamber Music Performance category with fellow guitarist Julian Bream for Julian and John (Works by Lawes, Carulli, Albéniz, Granados). Williams is noted for a technique that is often described as virtually flawless. Guitar historian Graham Wade has said: “John is perhaps the most technically accomplished guitarist the world has seen.”

John Williams was born on April 24th, 1941 in Melbourne, Australia, to an English father, Len Williams, who later founded the London Guitar School, and Malaan (née Ah Ket), a daughter of Melbourne barrister William Ah Ket. In 1952, the family moved to England where John attended Friern Barnet Grammar School, London. He was initially taught guitar by his father, who was an accomplished guitarist himself. From the age of eleven he attended summer courses with Andrés Segovia at the Accademia Musicale Chigiana in Siena, Italy. Later, Williams attended the Royal College of Music in London from 1956 to 1959, studying piano because the college did not have a guitar department at the time. Upon graduation, John was offered the opportunity to create such a department; he took it and ran the department for its first two years. John has maintained links with the college (and with the Royal Northern College of Music in Manchester) ever since. 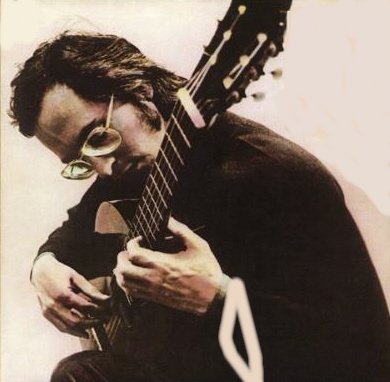 Williams’ first professional performance was at the Wigmore Hall in London on November 6th, 1958. Since then, he has been performing throughout the world and has made regular appearances on radio and TV. He has extended the repertoire by commissioning guitar concertos from composers such as Stephen Dodgson, André Previn, Patrick Gowers, Richard Harvey and Steve Gray. Williams has recorded albums of duets with fellow guitarists Julian Bream and Paco Peña.

John is a visiting professor and honorary member of the Royal Academy of Music in London. He mostly plays on Greg Smallman guitars after having played on Spanish-maker Ignacio Fleta guitars during the 1970s.

Williams has expressed his frustration and concern with guitar education and teaching noting that it is often too one-sided, focusing only on solo playing, instead of giving guitar students a better education including ensemble playing, sight-reading and a focus on phrasing and tone production/variation. Williams notes that “students [are] preoccupied with fingerings and not notes, much less sounds”; some are able “to play […] difficult solo works from memory”, but “have a very poor sense of ensemble [playing] or timing”. He notes that students play works from the solo repertoire that is often still too difficult, so that the teachers often put more “emphasis […] on getting through the notes rather than playing the real substance of each note”. To encourage phrasing, tone production and all-round musicianship, Williams arranges for students to play together in ensembles, choosing works from the existing classical music repertoire, such as the “easier Haydn String Quartets”.

Although Williams is best known as a classical guitarist, he has explored many different musical genres. He was a member of the fusion group Sky at one point, and he is also a composer and arranger. At the invitation of producer Martin Lewis, Williams created a highly-acclaimed classical-rock fusion duet with celebrated rock guitarist Pete Townshend of The Who on Townshend’s anthemic “Won’t Get Fooled Again” for the 1979 Amnesty International benefit show The Secret Policeman’s Ball. The duet was featured on the resulting album and the film version of the show – bringing Williams to the broader attention of the rock audience. 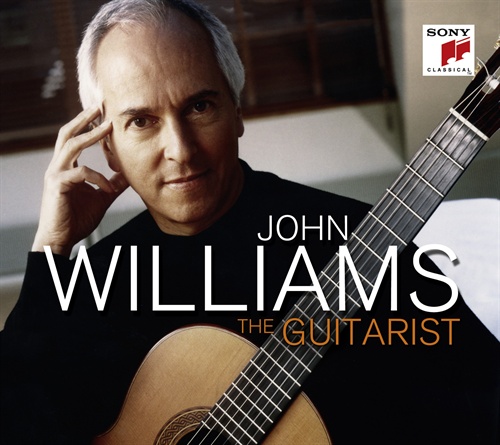 During the 1970s, Williams recorded “Cavatina” by Stanley Myers. The original piece was made up of only the first few measures but, at Williams’ request, it was rewritten for guitar and expanded by Myers. After this transformation, it was used for the film The Walking Stick (1970). In 1973, Cleo Laine wrote lyrics and recorded it as the song “He Was Beautiful” accompanied by Williams. The guitar version became a worldwide hit single when it was used as the theme tune to the Oscar-winning film The Deer Hunter (1978).

John Williams and his wife, Kathy, reside in London. He has a daughter Kate, now an established jazz pianist, and a son, Charlie Williams.