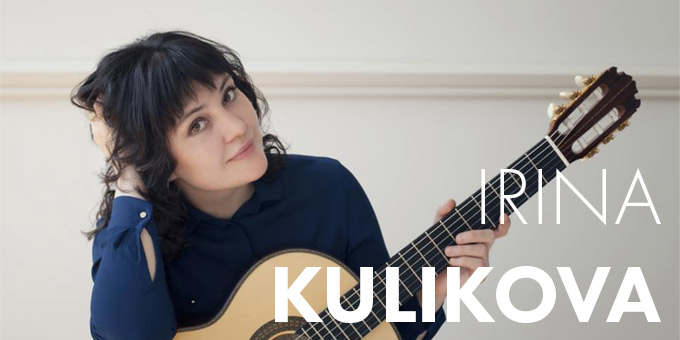 Irina Kulikova was born in Chelyabinsk, the capital of Chelyabinsk Oblast, Russia. Under the guidance of Victor Kozlov and her mother – cellist Vinera Kulikova – she started developing her musicianship from the earliest age. At the age of twelve, she was already traveling around Russia and abroad for gala-concerts and festivals. When she reached fourteen, she was included in the book The Classical Guitar, its evolution, players and personalities since 1800 by Maurice Summerfield. 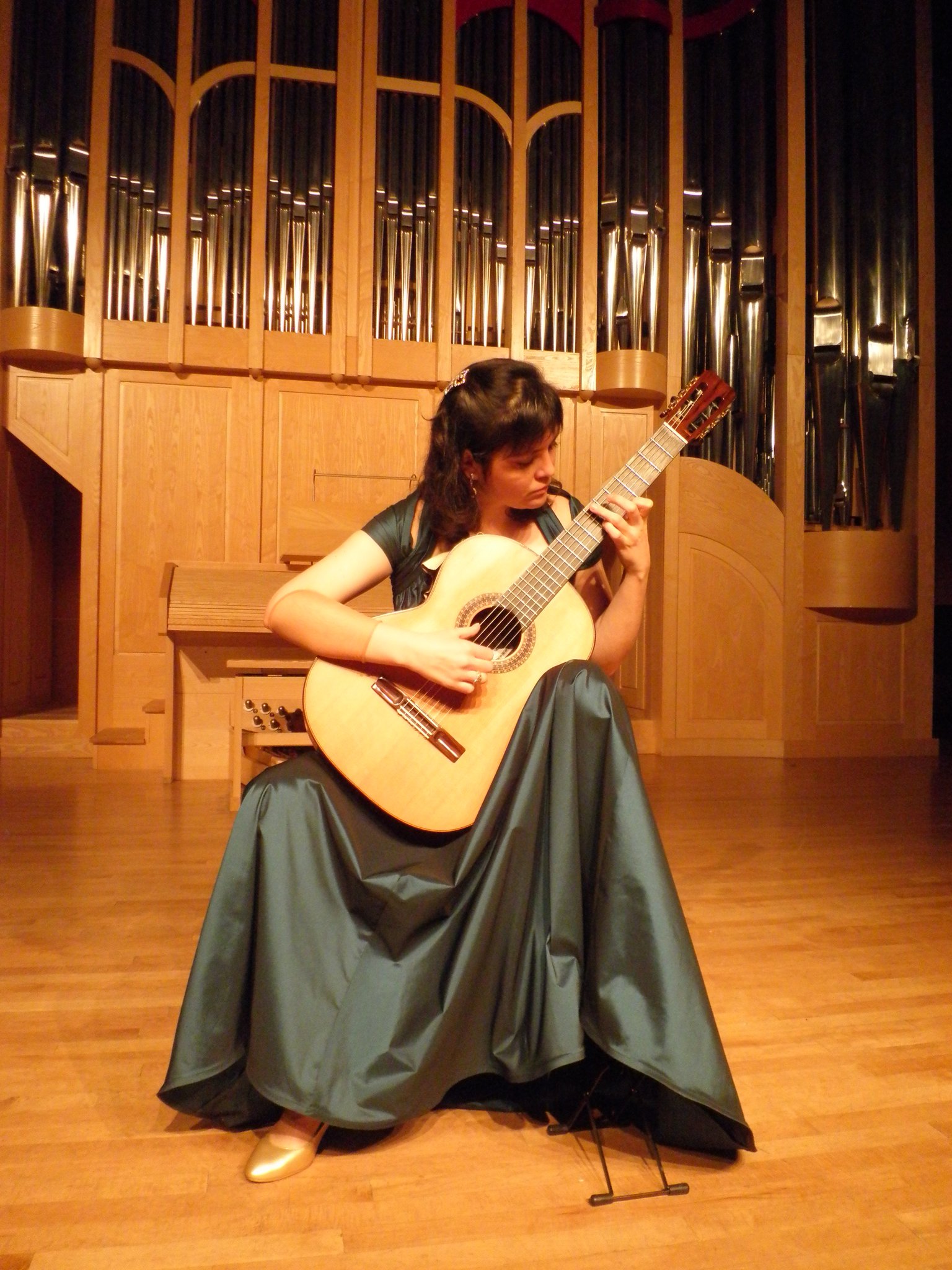 Kulikova has given concerts all over Europe, Russia, and in North-America, performing as a soloist, in a variety of ensembles and with a number of orchestras. She played at leading guitar festivals all over the world and in beautiful halls like the Concertgebouw in Amsterdam, the Tchaikovsky Hall in Moscow, the Academic Capella in St. Petersburg and the Schloss Mirabel in Salzburg. She performed for various members of the royal and aristocratic families of Germany and Denmark.

The experts’ appreciation of her interpretations is underlined by numerous awards on prestigious international guitar competitions, culminating with five 1st prizes in 2008: Michele Pittaluga in Italy, Guitarra Alhambra in Spain, Forum Gitarre Wien in Austria, the International Guitar competition Iserlohn in Germany and the Twents Gitaarfestival in the Netherlands, 2008. In the same year, she was awarded the Young talent, Culture and Podium prize in the Netherlands.

Since 2007, Irina Kulikova lives and teaches in the Netherlands.

In 2005, Irina Kulikova recorded her first solo CD, with works of Legnani, Mertz, Barríos Mangoré, Sor, Moreno-Torroba, Aguado and Rodrigo. In 2009, she released her second solo CD, in the Laureate Series of Naxos (as winner of the Michele Pittaluga competition in 2008), with works by Ponce, Tansman, Brouwer and José María Gallardo Del Rey.

In 2011, her third solo CD was released. It is the first CD in the Laureate series of Naxos for winners of the Alhambra Competition in Spain.