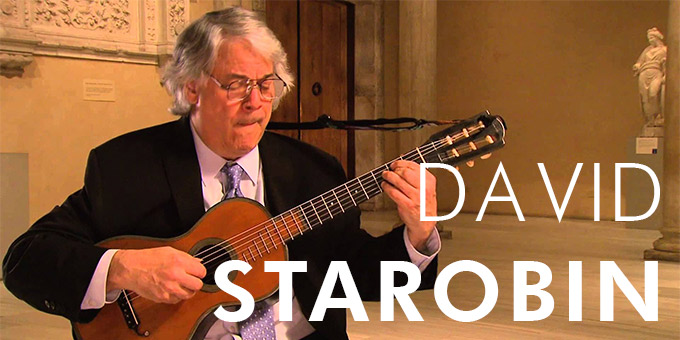 David Starobin is the dedicatee of more than 350 new works which he has performed throughout the world, collaborating with ensembles including the New York Philharmonic, the National, Houston, San Francisco, Saint Louis, and BBC symphony orchestras, the Chamber Music Society of Lincoln Center, the Danish Radio Orchestra, the Orpheus Chamber Orchestra and the Emerson and Guarneri quartets. 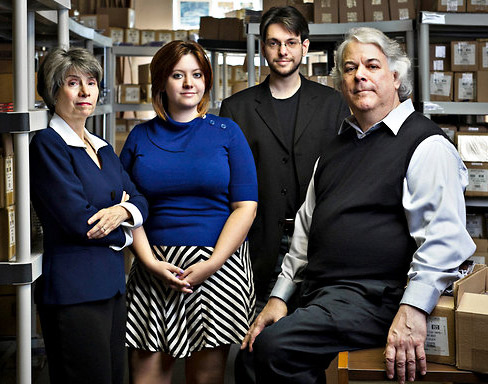 Mr. Starobin began his guitar studies at age seven with the guitarist Manuel Gayol, later graduating from the Peabody Conservatory, where he studied with Aaron Shearer. While a student at Peabody, Mr. Starobin worked closely with pianist Leon Fleisher and was a frequent participant in the Marlboro Music Festival.

Among David Starobin’s honors are a Harvard University Fromm Grant for his commitment to the music of our time, Lincoln Center’s Avery Fisher Career Grant, ASCAP’s Deems Taylor Award, and Peabody Conservatory’s Distinguished Alumni Award. In 2011, Starobin became the youngest guitarist to be inducted into the Guitar Foundation of America’s Hall of Fame.

In 1981, David Starobin founded Bridge Records, Inc. His work for Bridge as performer, producer, and executive producer has earned three Grammy awards and thirty Grammy nominations, including “Classical Producer of the Year” in 2015. Between 1993 and 2004, Mr. Starobin was the chairman of the guitar department at the Manhattan School of Music, where he still teaches. David Starobin joined the faculty of the Curtis Institute of Music in 2011, co-founding Curtis’s guitar program. He holds the Fondation Charidu Chair in Guitar Studies.