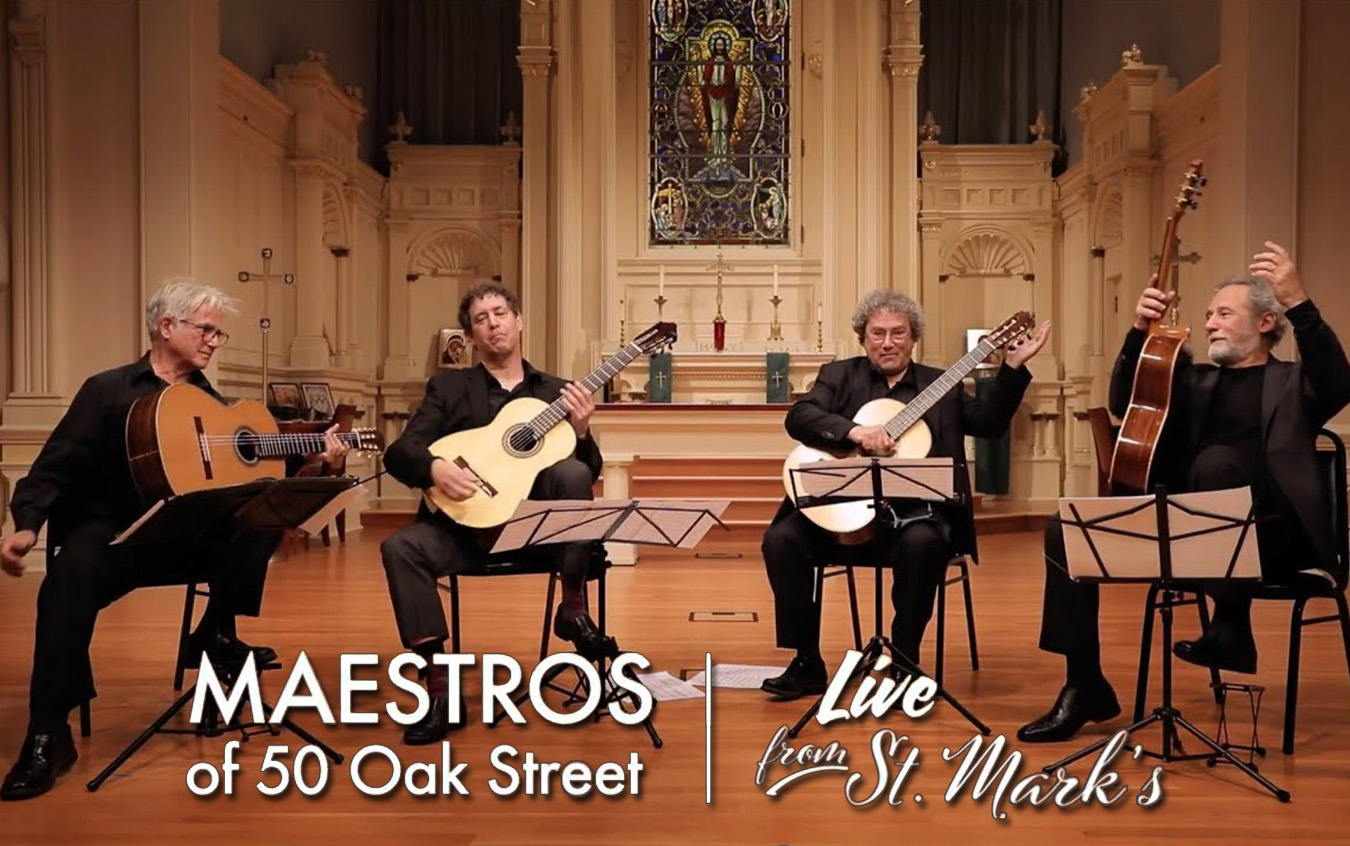 Live From St. Mark’s – The Omni Foundation’s free online concert series are back with a new performance. This time, we had a chance to join the YouTube premiere of “Maestros of 50 Oak Street”, a group consisting of maestros from the prestigious San Francisco Conservatory of Music – Sergio Assad, Richard Savino, David Tanenbaum, and Marc Teicholz. They presented four mini-concerts with a wide-ranging mix of repertoire.

The YouTube Premiere of this performance took place on December 12. In case you missed it, you can still watch the full video below!