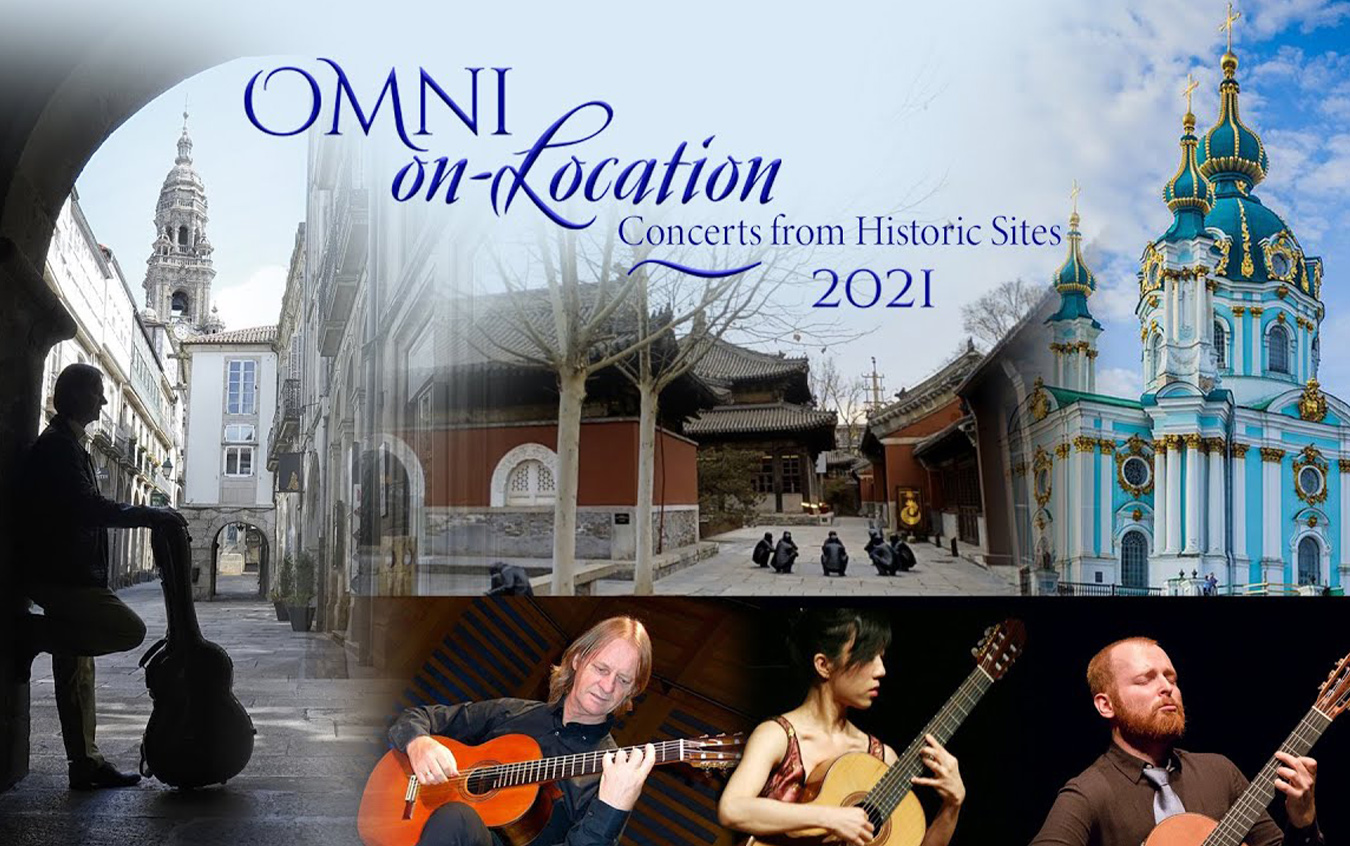 Omni On-Location is a unique production of extraordinary concerts played by three internationally acclaimed artists – David Russell, Xufei Yang, and Marko Topchii. The Omni Foundation is keeping the music going for the classical guitar audience and for artists!  This video series, filmed from historical sites around the world feature a concert of David Russell from 12th-century Romanesque churches in Palencia, Spain. The other performances of David Russell include Bach’s suite BWV 996 recorded in the monastery of Celanova, Spain, BWV 997 captured in the monastery of Tibaes in Northern Portugal, and BWV 998 filmed in the Monforte de Lemos in Northwestern Spain. This most recent video is going to be premiered on October 15, 2021 at 7:30 PM PST – Don’t forget to set a reminder! (CLICK HERE) This new performance was recorded in the Monastery of San Xulián de Samos in Samos, Spain.

The other videos feature Xuefei Yang at Zhizhu Temple – an 18th-century temple located in Beijing, China, and Marko Topchii performing from St. Andrews Cathedral also built in the 18th century in Kyiv, Ukraine.

We hope you will enjoy these free monthly programs and consider supporting the Omni Foundation and its artists. Make sure you are on the Omni e-mail list for schedules and updates.