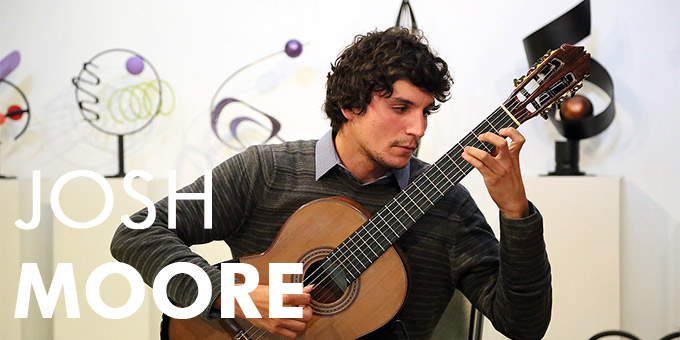 Josh Moore is a talented young guitarist that is currently based in the San Francisco area. Josh was drawn to music from a very early age, finally making his way to the guitar around the age of 10, with his earliest performances around the age of 14. Josh is a frequent performer, both as a solo classical guitarist, and as a member of chamber groups and jazz/contemporary groups. He has performed throughout the US and Canada for many guitar societies and classical music series, including concerts for the Great Lakes Guitar Society, the Ventura Guitar Society, M&T First Fridays at the Albright Knox, “Guitar Nights” at the Pasadena Conservatory, and many others. 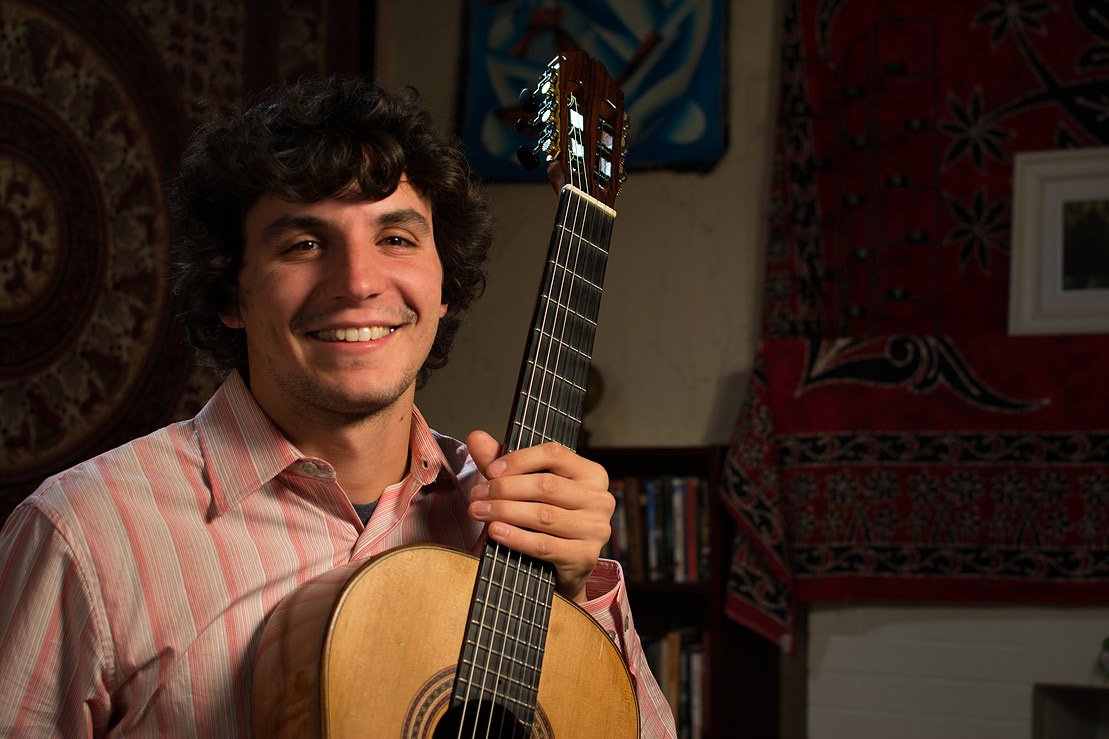 As a competitor, Josh has received 1st prizes in multiple guitar competitions including, the  Pacific Guitar Festival, ASTA Aaron Green Guitar Competition, and the Young Artists Concerto Competition, which included a solo performance with the Buffalo State Philharmonia. In addition, Josh has received 2nd place finishes including the Sierra Nevada Guitar Competition, the Southern Guitar Competition, and Hamilton International Guitar Competition among others. Josh holds a Professional Studies Diploma from the San Francisco Conservatory of Music under Sérgio Assad, a Master of Music degree from the University of Southern California under Scott Tennant, and a Bachelor of Music Performance degree from Buffalo State College under Evan Drummond. Josh has played in lessons and masterclasses with some of the world’s most prominent guitarists and pedagogues including Pepe Romero, Manuel Barrueco, Roland Dyens, Paul O’Dette, Marcin Dylla, Alvaro Pierri, Tilman Hoppstock, Zoran Dukic, Adam Holzman and many others.

Josh Moore teaches guitar in the Bay Area, CA and interested students can reach him at his professional email address.