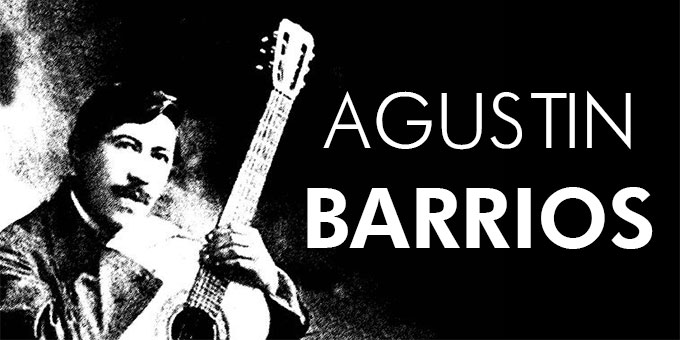 It has been generally accepted that Agustin Barrios “Mangoré” was born in San Juan Bautista de las Misiones, Paraguay. However, there is no definitive proof of this as his baptismal document found in the book of registries in the cathedral in San Juan Bautista does not state his precise place of birth. Also, several biographers and authorities present convincing documented evidence that Barrios was born, instead, in the nearby town of Villa Florida, Misiones, situated on the Tebicuary River some 30 km north of San Juan Bautista.

When he was a child, Barrios began to develop a love for music and literature, two areas that were very important to his family. Barrios would eventually speak two languages (Spanish and Guarani), and read three more (English, French and German).

Barrios began to show an interest in musical instruments, particularly the guitar, before he reached his teens. He went to Asunción in 1901, at the age of fifteen, to attend a university (Universidad Nacional de Asunción) with a scholarship in music, thus becoming one of the youngest university students in Paraguayan history. Apart from his studies in the college’s music department, Barrios was also well appreciated by members of the college’s mathematics, journalism and literature departments. 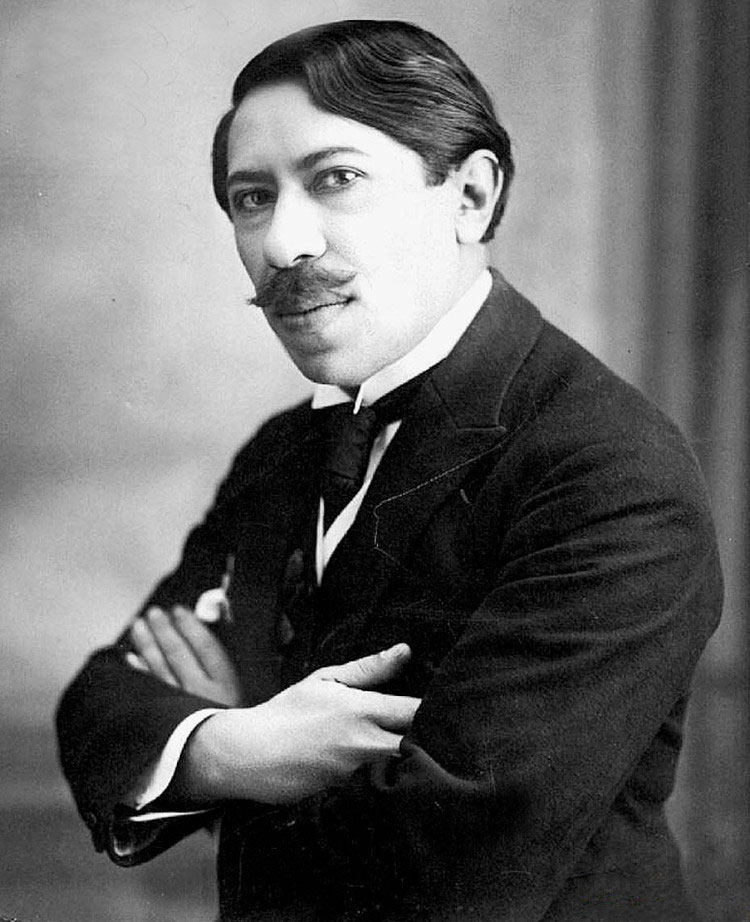 After leaving college, Barrios dedicated his life to music and writing poems. He composed more than 300 songs for which he would first write the lyrics and then the guitar accompaniment. Barrios made several friends during his multiple trips across South America. He was known for giving his friends and fans signed copies of his poems. Because of that, there are several different versions of his poetical works which have surfaced across South America, other areas of Latin America and the United States. Many current collectors warn potential buyers to be careful when they come across a poem reportedly autographed by Barrios.

Barrios was famed for his phenomenal performances, both live and on gramophone recordings. Although Barrios is usually credited as the first classical guitarist to make recordings in 1909/10, a myth perpetuated by the guitarist John Williams, the first guitarist to record was the Mexican guitarist Octaviano Yanes performing his “Mexican Dance” (Habanera): the record, Victor 05662, is dated August 25, 1908. Another version of this piece exists on Edison Foreign Series cylinder (catalogue number 20204). Barrios at times performed in concert in traditional Paraguayan dress (he was partly of Guarani origin), using the pseudonym of Nitsuga Mangoré (‘Nitsuga’ being Agustín spelled backwards, and ‘Mangoré’ being the name of a cacique of the South American indigenous group Timbú).

His works were largely late-Romantic in character, despite his having lived well into the twentieth century. Many of them are also adaptations of, or are influenced by, South American and Central American folk music. Very many of them are of a virtuosic nature.

The folk music of Paraguay (including the polca paraguaya and vals) provided the young Barrios with his first introduction to music. In 1898, Barrios was formally introduced to the classical guitar repertoire by Gustavo Sosa Escalada. At that time, Barrios had already composed works for the guitar, and also performed pieces written by his former teacher Alias, such as La Chinita and La Perezosa. Under the influence of his new teacher, Barrios went on to perform and study the works of Tárrega, Vinas, Sor and Aguado. Sosa Escalada was so impressed with his new pupil that he convinced Barrios’s parents to let him move to Asunción to continue his education. Having already surpassed the technical and performing abilities of most guitarists, Barrios began seriously to compose around 1905.

Among the folkloric influences, Barrios is known to have played such popular Paraguayan works as “Campamento Cerro León”, “Londón Carapé”, “Guyrá campana”, “Mamá Cumandá”. As an example, “Guyrá campana” is very interesting, since some of the material can be heard in parts of Barrios’ recording of “Caazapá — Aire Popular Paraguayo”… Though “Guyrá campana” is traditional music, many maintain that it is very closely related to guitarist Carlos Talavera (from Caazapá), whom Barrios knew. There are various versions of “Guyrá campana” (it is also known as “Pájaro campana”) e.g. for Paraguayan harp (Félix Pérez Cardozo), etc.; and in some versions, the birdsong imitations can be very clearly heard. 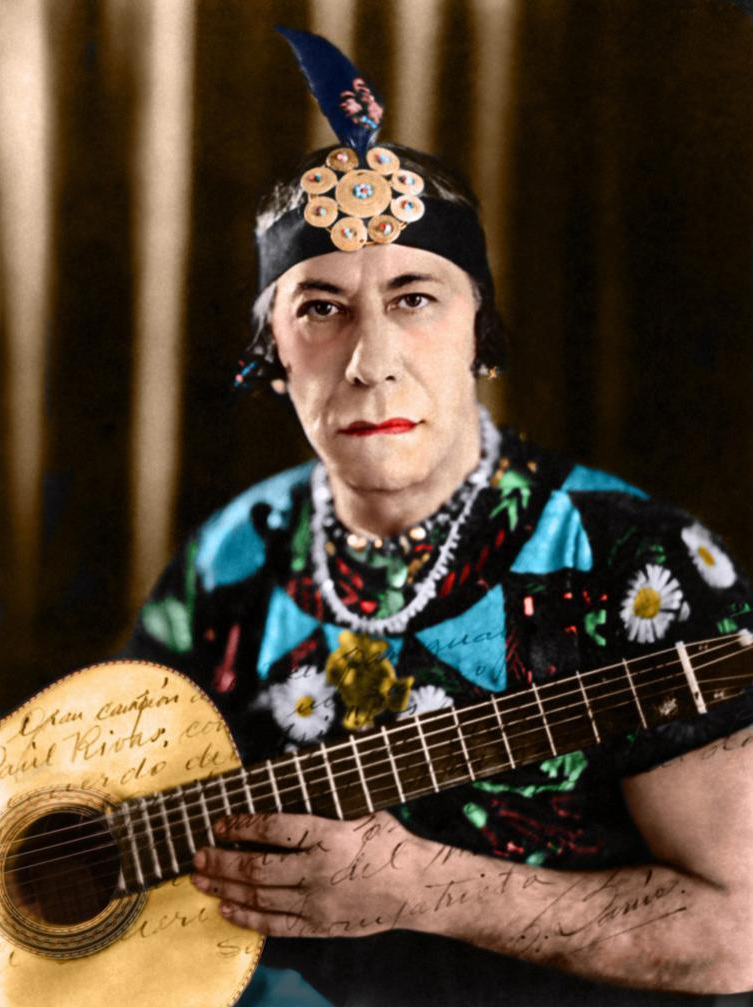 Barrios’s compositions can be divided into three basic categories: folkloric, imitative and religious. Barrios paid tribute to the music and people of his native land by composing pieces modeled after folk songs from South America and Central America. Imitating the compositional style and techniques of the Baroque and Romantic periods was another side to his craftsmanship. “La Catedral” may be viewed as Barrios’ tribute to Bach. It is believed that “La Catedral” was inspired by a religious experience for Barrios; therefore, the piece may also be categorized under religion. Religious beliefs and experiences also played an important role in Barrios’ compositional process. Una Limosna por el Amor de Dios (Alms for the Love of God) is another example of a religiously-inspired work. Breaking down the works of Barrios into these three categories helps the guitar enthusiast to understand Barrios’s musical intent.

The Johann Sebastian Bach-inspired La Catedral, from 1921, is widely considered to be Barrios’ magnum opus, even winning the approval of Andrés Segovia, who said “In 1921 in Buenos Aires, I played at the hall La Argentina noted for its good acoustics for guitar, where Barrios had concertized just weeks before me. He was presented to me by his secretary Elbio Trapani. At my invitation Barrios visited me at the hotel and played for me upon my very own guitar several of his compositions among which the one that really impressed me was a magnificent concert piece The Cathedral whose first movement is an andante, like an introduction and prelude, and a second very virtuosic piece which is ideal for the repertory of any concert guitarist. Barrios had promised to send me immediately a copy of the work (I had ten days remaining before continuing my journey) but I never received a copy.”

From 1939 onwards Barrios lived in San Salvador and taught at the national Conservatory there. He died on August 7, 1944, and was buried at the Cementerio de Los Ilustres.

Barrios is still revered in Paraguay to this day, where he is seen as one of the greatest musicians of all time by many. John Williams has said of Barrios: “As a guitarist/composer, Barrios is the best of the lot, regardless of era. His music is better formed, it’s more poetic, it’s more everything! And it’s more of all those things in a timeless way.”