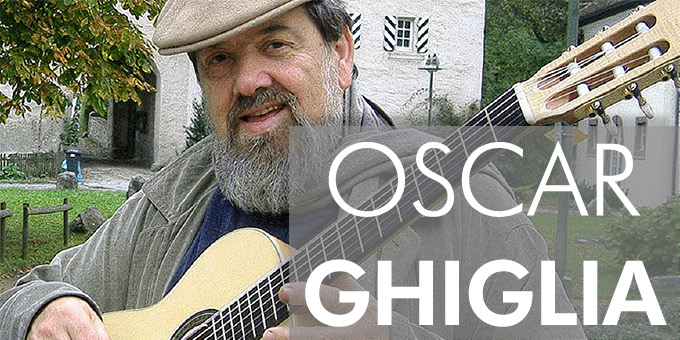 Born of an artistic family in which both his father and grandfather were famed painters and his mother an accomplished pianist, Oscar Ghiglia had to choose between a path strewn with brushes and colors and a world cut into harmony and melody.

Though his early choice of life as a painter produced a few hundred water colors and a number of oil paintings, Ghiglia soon realized music was his way. For this decision he thanks his father, who one day made him pose for a painting showing a guitarist. For this he had to hold his father’s guitar, a companion to his artistic musings, in front of his forming works. This painting was the start to a lifetime of disciplined dedication to music for Ghiglia. 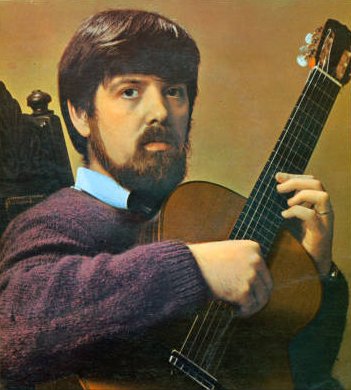 Oscar Ghiglia graduated from the Santa Cecilia Conservatory in Rome and soon after began studying with Andrés Segovia, who was his major influence and inspiration during his formative years. Later Ghiglia “inherited” Segovia’s class in Siena’s Accademia Chigiana and spread his own teaching around the five continents in a sister vocation to his concertizing.

Ghiglia founded the Guitar Department at the Aspen Music Festival (Aspen, Colorado, USA) as well as the Festival de Musique des Arcs and the “Incontri Chitarristici di Gargnano”, of which he was artist in residence at one point. Ghiglia has also been visiting professor in such centers as the Cincinnati and San Francisco conservatories, the Juilliard School, the Hartt School and the Northwestern University of Evanston, Illinois. In all these centers and elsewhere, Ghiglia has been nurturing talents and forming or perfecting young artists’ musical outlook and interpretation.

Founder of the International Guitar Competition of Gargnano (Italy), Ghiglia boasts a very high number of first prize winners among his students, in competitions around the world. 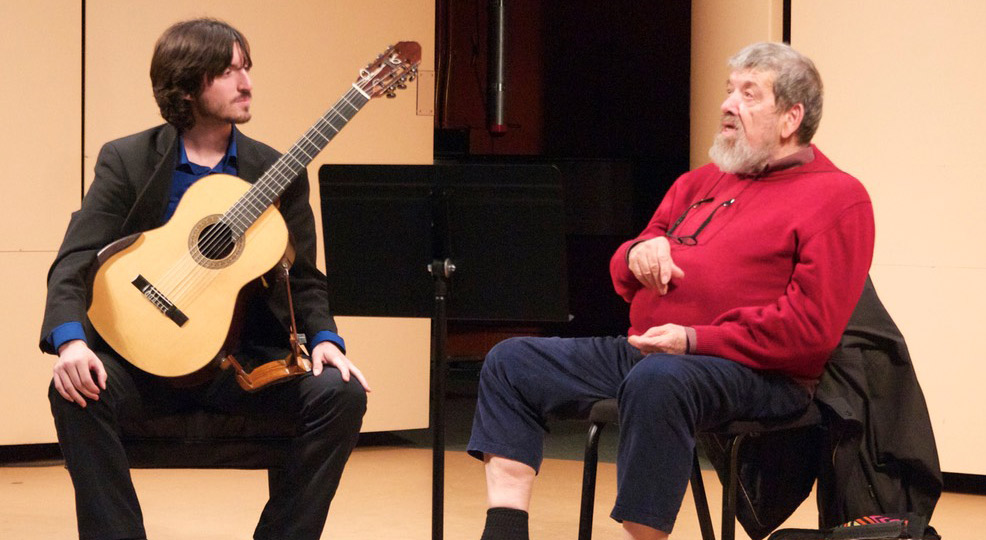 In 2006, after retiring from the Basel Musik-Akademie, in Basel, Switzerland, he moved to Greece, following his marriage with colleague and former pupil Elena Papandreou, now guitar professor in the University of Makedonia in Thessaloniki.

Following his CDs Manuel Ponce Guitar music, J.S.Bach lute works and a DVD of his favorite repertoire, he continues to concertize across the oceans and holds residencies in the universities of Cincinnati Ohio, Evanston, Illinois, as well as his summer teaching position at the Accademia Chigiana of Siena and his ‘Incontri Chitarristici di Gargnano’, on the shores of Lake Garda.